There's a noticeable scar on Tiernan McCann's hand as he sits in front of the online media group at the launch of eir sport's Allianz Leagues coverage for 2018.

The scar is a result of a broken hand which the Tyrone footballer sustained during last year's All-Ireland semi-final defeat to Dublin.

"I remember looking down about 15 minutes into the game and the hand was like an elephant hand, it was all swollen up and I knew something wasn’t right here," says the 26-year-old.

"But I don’t remember a collision or a block or tackle that did it. It wasn’t until half-time then that I got chatting to the doctor, and he was like, that’s definitely broken, so it was even worse to learn that I’d broken my hand in the process."

At half-time, he pleaded with the team physio and doctor that he should not be replaced.

It later transpired that he had broken the fourth metacarpal in his hand. It would have an impact not just on his sporting life but also his working life.

"I was seven weeks out of work because of it. That was the double impact. No real complications, it’s rather unsightly, but I wouldn’t worry about that."

The situation was further exacerbated by McCann's occupation: he's a locum pharmacist, basically self-employed. In further interviews this week, McCann disclosed that he is yet to be compensated for the weeks he missed from work due to the injury.

It also meant he was unable to play for his club Killclogher as they attempted to retain their Tyrone SFC title, an occurrence he laments. 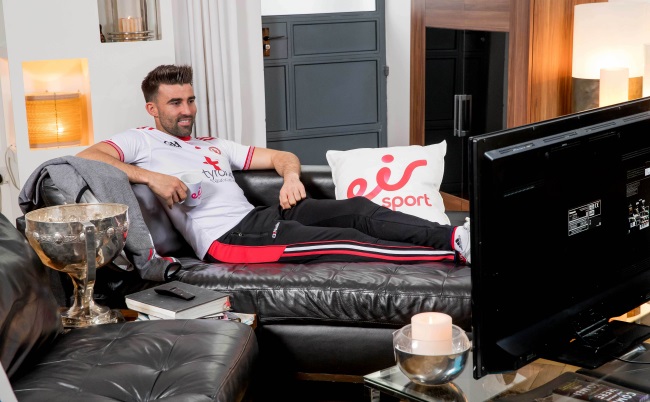 McCann is based in Dublin. His job usually means he works in the north of the county. Though he does end up working in Monaghan the odd day.

"Wherever I can get really to keep me going. I just pick and choose my days just like a substitute teacher except I throw out boxes of tablets."

Like other footballers and hurlers who have spoken this week, McCann was open about the difficulties of trying to make a living while also maintaining what many increasingly view as also being a full-time job: their inter-county career.

McCann says that there are both pros and cons to being a locum pharmacist while also being an inter-county player. The most difficult aspect is the hours he has to work.

A lot of the pharmacies are open until late, and I need to get away on time for training, so I look for shifts. A lot of the time, I can’t fit them in, so I just end up having to take the whole day off when I’ve training.

It is tricky, but the positive thing about it is that it’s not labour. I’m based in a nice, warm environment and I’m not covering massive distances or lifting anything heavy, so in that sense, it facilitates my training.

See Also: Lee Chin Doesn't Have A Job And That's Fine By Him

GAA
1 day ago
By PJ Browne
A Tribute To GAA Umpires: The Goddamn Coolest People On The Planet
Previous Next