Tiernan McCann has become the latest player to step away from the Tyrone football panel.

BBC Northern Ireland reports that McCann has decided to "opt out of the Red Hands set-up for 2022".

The 30-year-old half-back is the fifth player from last year's All-Ireland winning panel to step away from the inter-county game. He joins Ronan O'Neill, Mark Bradley, Hugh Pat McGeary, and Michael Cassidy.

McCann joined the Tyrone panel in 2013, and made his championship debut the following year in an Ulster preliminary round game against Down.

As a young cub, you never imagined it was going to be that good.

As McCann won his first All-Ireland title with Tyrone last season, he featured in all championship games bar the Ulster final win against Monaghan.

The Killyclogher man came off the bench against Cavan and Donegal in the Ulster championship, scoring three points in the latter. He also made substitute appearances in the semi-final against Kerry and the final against Mayo.

McCann's decision is part of a worrying trend for Tyrone joint managers Feargal Logan and Brian Dooher. Those stepping away are all experienced players at an age where you would think they still have plenty left to give.

"I could not speak highly enough of both Fearghal and Brian," Mark Bradley told Teamtalkmag Tyrone last week when his decision was announced.

"They have been very supportive to me and respect my decision. They have done unreal work for Tyrone and hopefully that will continue. It would be some achievement if the squad can go on to win back to back All Irelands.

"It’s not a decision that I have taken lightly but having taken time away before to study and play football in the States I have come to realise that there is much more to life than just being in the bubble that is County football."

Tyrone's Allianz Football League Division 1 campaign gets underway next Sunday when they face Monaghan in Omagh.

Tough to go. Was worth it all. Been a pleasure. Thanks to all who helped me achieve my dream especially my family and Justina. Onto the next chapter?? @omaghstendas @TyroneGAALive https://t.co/U0wNia3FhZ 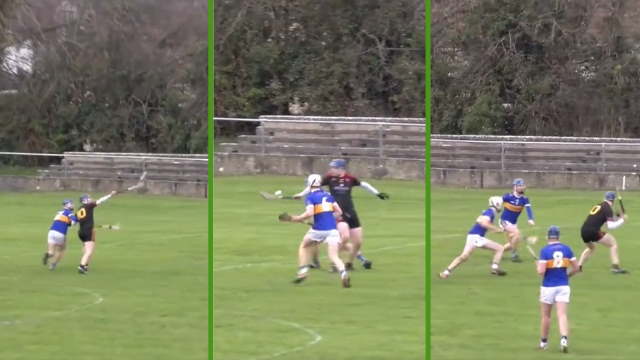