TJ Reid: November/December Are Two Months I Will Cherish Forever

Along with Sunday's win, Reid won his tenth Kilkenny title in early November and later in the month got married to his long-term girlfriend Niamh de Brún.

"November and December are two months that I will cherish forever," Reid told TG4.

"Between county finals, birthdays, weddings, and then winning today. I'm really looking forward to a few weekends off. Every week, it's training, match, training, match. This is Christmas week now, and we're celebrating with our friends and family today."

Ballyhale hammered Laois champions Clough-Ballacolla 6-23 to 0-14 at Croke Park to win their third consecutive Leinster title. They are the first team to win three-in-a-row. It came a week after they suffered a major score against St Rynagh's in the semi-final when it took an Eoin Cody goal three minutes into injury time to save them from elimination.

"Our motivation was today to win," said Reid.

"We have our own standards. Last week, we were annoyed with our performance. We were nine points up. We left them back into the game, and made it very difficult for ourselves.

"Today, the second half was about addressing that. The message at half-time was to go out and drive it home. We did that. From one to 15, we did that."

“Our aim today was to express ourselves” ?

Ballyhale manager James O'Connor said Sunday's performance was one he's been waiting to see for quite a while.

"You poke the bear enough times, eventually it will wake," said O'Connor.

"Thankfully, today was the day.

"The players, they listen to the criticism every week about their performance, and they had the answer today.

"I was saying it last year, and I'm saying it again this year: Even over the last number of games, we weren't playing to our potential. I see them at training week-on-week, and these guys are showing massive hunger - it just wasn't happening. It came out today." 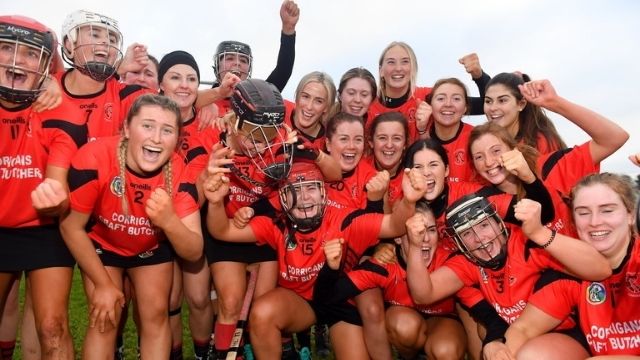 GAA
2 months ago
By Eoin Harrington
Tyrrell, Cody, And Fitzgerald Remember The Late Paul Shefflin On RTÉ's Hurling Coverage
GAA
2 months ago
By Donny Mahoney
Ballyhale Shamrocks 'Shocked And Saddened' By Death Of Paul Shefflin
GAA
3 months ago
By PJ Browne
'With Waterford, Your Time Was 100% Hurling And Not Much Else'
Popular on Balls
Football
21 hours ago
By Luke Delaney
Europa League Final: Five Arrests As Frankfurt Supporters Attack Rangers Fans
GAA
1 day ago
By Luke Delaney
Jackie Tyrell Calls For 'Accountability' For Players Who Feign Injury
GAA
22 hours ago
By PJ Browne
'I Had Some Troubles In My Later Teens. GAA Wasn't A Big Thing For Me'
Football
1 day ago
By Colman Stanley
Wagatha Christie Trial Sheds New Light On England's Euro 2016 Disaster