Looking to secure their first Kilkenny senior hurling championship since 2014, TJ Reid got his Ballyhale Shamrocks off to the perfect start in this afternoon's county final clash with Bennettsbridge.

Receiving the sliotar with some distance still between himself and the Bennettsbridge goal, Reid forewent the opportunity of a straight-forward point and drove for the goal.

With some incredible close control on the hurl, Reid left the 'keeper with no chance as Ballyhale established a 5-point lead before their opponents had managed a score.

TJ Reid gets @BallyhaleGAA off to a flying start with an early goal in the Kilkenny SHC Final! #GAANOW pic.twitter.com/9tQ116FMPA

Working under the tutelage of Henry Shefflin, the Kilkenny legend was still a primary figure in a playing capacity the last time Ballyhale won the county final.

Success that acted as a springboard for a run all the way to the All-Ireland club final, Ballyhale proved too good that day for Limerick's Kilmallock; securing the club's sixth national title. 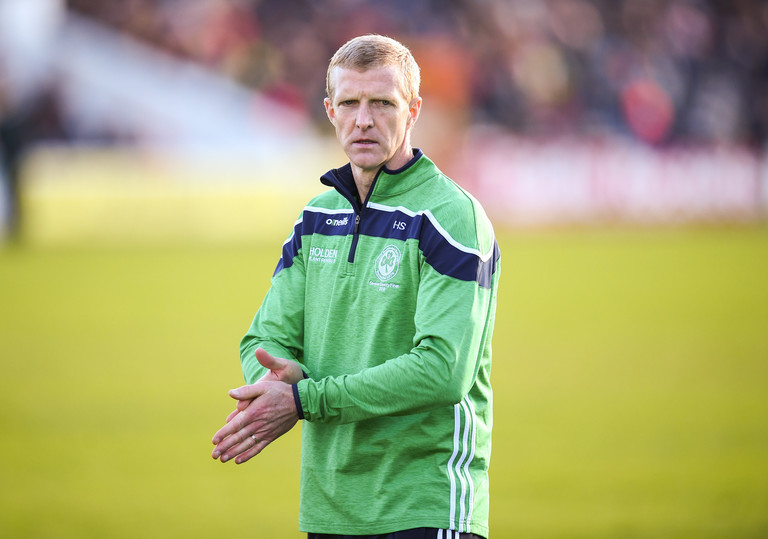 As the first-half of this county-final proceeded, Reid continued to cause Bennettsbridge problems; this point demonstrating some marvelous spatial awareness.

Bennettsbridge rallied well after their poor start, yet, Ballyhale remain comfortably ahead at the half-way mark. 2-12 to 0-8 the scoreline in favour to Shefflin's men; Reid contributing 1-8 of that total.

GAA
1 month ago
By PJ Browne
'He Didn't Make Any Reference To It At All. The Big Focus Was On The Match'
23

GAA
1 month ago
By PJ Browne
'He Didn't Make Any Reference To It At All. The Big Focus Was On The Match'
GAA
2 months ago
By PJ Browne
Fennelly Remembers Deceased Clubmates As Ballyhale Make History
Podcasts
2 months ago
By Mark Farrelly
The Buildup Podcast: Kevin Doyle, Stephen Ferris & All-Ireland Finals
Popular on Balls
The Rewind
9 minutes ago
By Michael McCarthy
A New Website Has Already Made It Easy Not To Stray More Than 2km From Home
Football
54 minutes ago
By Gary Connaughton
We Used A 6-Man Ladder Match To Decide Premier League Title Winners
GAA
1 hour ago
By Michael McCarthy
Quiz: Can You Identify These 10 Intercounty Gaelic Footballers?
4