TJ Reid can scarcely contain his joy at the return of GAA action. The Kilkenny star is "over the moon," a sentiment obvious thanks to his broad grin. This is happiness that extends far beyond returning to hurling training.

The Ballyhale Shamrocks hurler was speaking this week at the launch of AIB's The Toughest Summer, a documentary which will tell the story of summer 2020 and celebrate the strength and tenacity of GAA communities nationwide. AIB has teamed up with award-winning filmmaker, Ross Whitaker, for the series which is made up of five webisodes, as well as a full-length feature documentary to air on RTÉ One in late August.

TJ's story features in the first webisode that will be available on AIB’s YouTube channel from 1pm on Thursday 23rd July.

Thankfully, his club are now deep in preparations for their opening championship clash with Tulloroan. They have played two challenge games ahead of that tie. Being back on the field is all well and good but for Reid, it is about who he is with as much as what they are doing.

"We all have to be responsible and do as much as we can to help each other. It's just fantastic because I always say to the kids when you go training for that hour and a half, you forget about everything outside the hurling field."

It's that socialising as well. You go down, meeting your neighbours, meeting your friends that you've trained with for the last 10, 15 years. Having that bit of craic before and after the training session.

"It is not just going hurling. Going hurling and going training is great, but that is the time where you can connect with players and meet your friends." 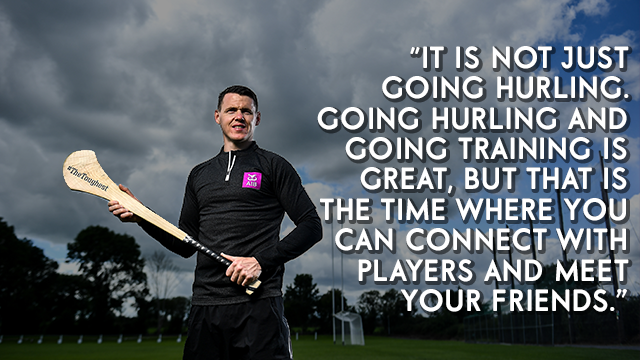 Away from the field, Reid has faced his own set of challenges. His webisode focuses on his business, which like many was hit hard by the shutdown.

The four-time All-Star runs a gym in Kilkenny city centre. When the shutters came down he decided to try something new. To pass the time and engage with his members, Reid has been broadcasting free online classes for the past few months.

The PE and GAA skills videos attracted attention from around the world. Thousands, sprinting, squatting and soloing along as he leads them through the session.

The chaos was a challenge. For everyone, all there was to do was to try and make the most of it. What does that look like for an intercounty hurler?

"It can either go one way or another over lockdown. Put on a stone which you could have easily done or you could look after yourself and get into the best physical shape possible" he explains.

"For me, you had the opportunity to eat well at home. You are home the whole time, you prepping your own food, training in your own time.

"Mentally, you did not have games coming up. Players' mindsets were more relaxed. You could enjoy training in your own time. You could be smart about your training, if you weren't feeling well you could deload.

"For me, it was nice to do your training in your own time, be more relaxed in your approach and focus on a few little things."

Yet big concerns still loom large. Fears remain for what might happen if the virus returns.

It is difficult and obviously when you have a business or when you employ people, you look at things a little bit differently.

I am in the industry and if things go backwards, well, unfortunately, we will have to make the decision to close again and that is not an easy decision to make because I spent three years building this business.

"It takes hours, time, commitment, work and passion. When we closed the doors back in March I did not know if would I have a business when it reopened because members were gone.

"The community are only getting back to normality. There were small community shops. Ballyhale put in recently a community tea room. That was buzzing, there was a bit of life in the village. It was starting to come around, a chemist opened as well.

For Reid, the solution is simple. Come together, stay apart. He hopes everyone listens to the guidelines and adheres to the protocols. Small doses of sense that can have a big payoff.

"Common sense and be responsible for your own actions. Do as much as you can to try and prevent the curve from going up because if it does go up the government will slow things back down again, they are trying to protect their own front line people. 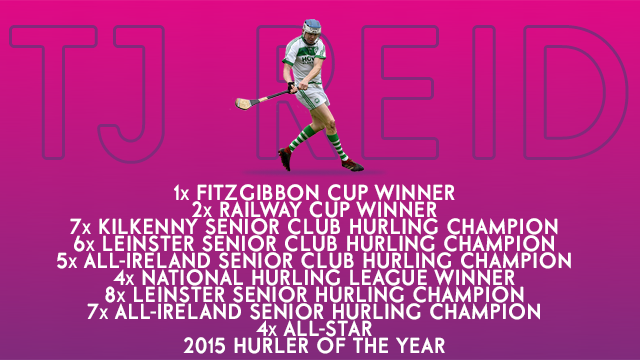 "Then obviously it [trickles] down to small businesses, and pubs and restaurants and nightclubs.

"I’m after losing probably 20-30% of my membership due to Covid. That’s a financial loss and it is not an easy one to take because I’ve 13,000 square foot gym facility. Big rent and big rates to pay."

The next few weeks will bring excitement and worry in equal measure. Competitive action will return. So too, Reid hopes, will his customers.

"We are doing our best. All businesses around here have spent money getting the doors reopened and doing as much as we can to give people the confidence to come back. To get back out into the open air and to get back to a normal life.

"All we can do at the moment is our best." 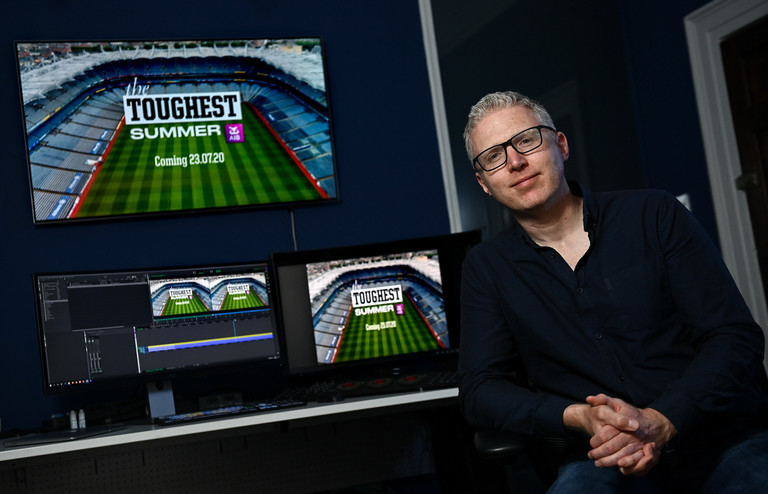 Award-winning filmmaker Ross Whitaker at the launch of AIB’s The Toughest Summer. Photo by Ramsey Cardy/Sportsfile

Speaking ahead of the release of The Toughest Summer series, Ross Whitaker gave more detail on what fans can expect from the documentary:

"I have been a fan of AIB GAA’s #TheToughest campaign from the outset and its celebration of GAA as a sport. The role played by so many in the GAA during the pandemic showcases why Gaelic Games is such a special sport, unique in so many ways in world sport. In what other sport for example, did elite athletes play such a key role in a country’s response to the virus.

"It is for this reason that I am honoured to be able to tell the story of how the GAA community make it through this strange summer and in doing so help the country survive this crisis. The Toughest Summer will be a celebration of GAA, its contribution to Ireland and I hope will leave us all inspired and hopeful about our future.”

You can watch the first webisode AIB’s YouTube channel here.

SEE ALSO: 'If You Want To Wear The Jersey These Are The Things You Have To Be Willing To Do'