14 years after his An Gaeltacht team lost out to Caltra in the All-Ireland club football final, Tomás Ó Sé will be back in Croke Park for the biggest day in the club game.

A year following his inter-county football retirement in 2013, Ó Sé transferred to Nemo Rangers. In a heavyweight battle, the Cork side take on Galway's Corofin in the AIB All-Ireland Club Football Championship final on St. Patrick's Day.

"You're talking about a different animal there. His durability is unreal. You'd wonder how he keeps going," Ó Sé's teammate Paddy Gumley - a man with his own remarkable story - told Balls.

"His semi-final performance, when the chips were down he got a point, drove forward and won frees.

"His timing in the game was crucial. At the perfect time he done what he done and got us back into the game and then we kicked on."

Ó Sé was named Man of the Match for his display against Slaughtneil in the semi-final last month, a game in which he notched two points.

Gumley believes it's the West Kerry air on which Ó Sé was reared that's behind his remarkable longevity.

It's more reassurance, and then when he does what he does, the timing of it is crucial for us.

Ó Sé's influence is not just evident when he pulls on his boots, he also exerts it away from the pitch. As a character, Gumley says, Ó Sé is quiet.

"But when he speaks he speaks very well. Very, very considerate. He always puts you before anyone, if that makes sense."

Despite being just four years younger than Ó Sé, Gumley is relatively green at this level of the game - he only joined Nemo two years ago. He went into the All-Ireland semi-final carrying a calf injury - he would last just 20 minutes. 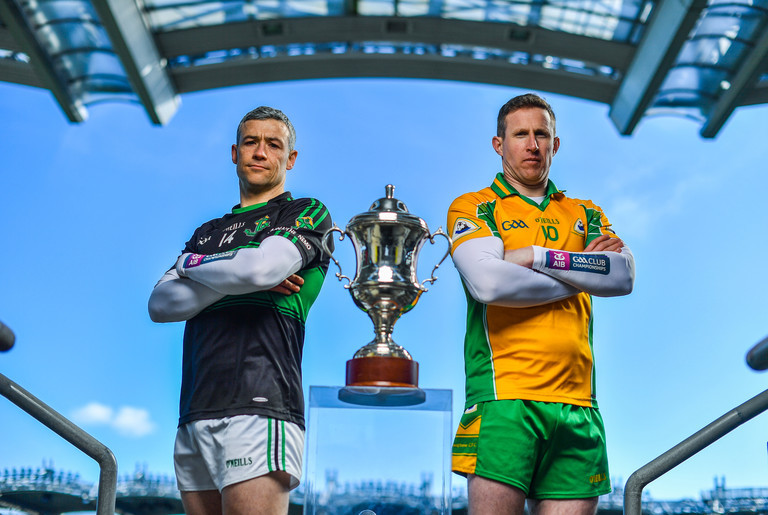 The next day, Ó Sé was in contact asking if there was anything he could do to help. Missing out on the All-Ireland final, what would be his first Croke Park appearance, would be a real wrench for Gumley. That possibility was one Ó Sé recognised.

"Stuff like that. He was asking was there anything he could do or anyone he could to talk to on my behalf who might be able to help.

"He just does the right things, that kind of way. Not do a whole pile, but does what he has to do."

Saturday's final will be a game with an abundance of experience on the field. Now 33 and recently retired from inter-county football, Corofin's Gary Sice looks at Ó Sé and sees a length of career he'd love to replicate.

Part of his rationale for quitting the county game was to knock as much out of his club career as possible.

"Someone like Tomás Ó Sé, even Fitzy [Kieran Fitzgerald] with us. Their self-discipline is phenomenal. To mind themselves and motivate themselves and keep playing," Sice told Balls.

There's a serious desire there and it's extremely admirable, I think, in both their cases. They're a serious flag for anybody who thinks that 33,34,35 is the end of a career - it's far from it.

They're more dangerous on the field as far as I'm concerned because their experience is phenomenal and they know what to do, when to do it and how to do it.

Saturday will not be the first time Sice has faced Ó Sé as a direct opponent on the pitch. He has a specific memory of marking the half-back a decade ago.

"I had the misfortune as a young lad of coming across him down in Tralee. Nothing pleasurable about it, I can tell you.

"It's a while back now. 2008 or 2009. We had lost to St. Gauls on a Saturday night and the following Sunday we were playing Kerry in Tralee, I think it was.

Ó Sé is a player Sice has admired for years. Though, once the boots are laced on March 17th, that regard will be put to one side.

"You're talking about one of the best number fives that has played - a fantastic footballer. His influence, just being there alone, whether he kicks a ball or not.

"He'll be hugely influential, I'm sure, on the day. We're aware of him and hopefully, I'll get close to him every now and then if I can.

"There will no more admiration come Paddy's Day! Hopefully, we can quieten him a small bit."

Paddy Gumley of Nemo Rangers, left, and Gary Sice of Corofin are pictured ahead of the AIB GAA All-Ireland Senior Football Club Championship Final taking place at Croke Park on Saturday, 17th of March. For exclusive content and behind the scenes action throughout the AIB GAA & Camogie Club Championships follow AIB GAA on Facebook, Twitter, Instagram and Snapchat and www.aib.ie/gaa.

See Also: Paddy Gumley Is The Man With The GAA's Most Improbable Success Story