'He Was Ahead Of His Time. He'd Go To Bed For A Couple Of Hours During The Day'

Seeing the drive of their uncle Páidí gave Darragh, Tomás and Marc Ó Sé insight to the level of motivation which would be required to become multiple All-Ireland winners.

"When we got that love of football, he was just over the ditch - Páidí was literally living right beside us," five-time Kerry All-Ireland medallist Tomás told Des Cahill on RTÉ Radio One's 'Des's Island Discs'.

He lived at home. It wasn't as if he was away and we didn't see him that often. He was right next door and we saw him five, six, seven, eight times a day.

We'd be having chats and having fun. When he'd get bored over in the bar, he'd come back to us and have a kickaround in the garden. He'd sit in with us and watch movies.

We saw the way he trained. I remember Tommy Doyle coming out training with him, Ogie Moran.

He had crazy routines. He'd train with Kerry on a Tuesday and a Thursday. Then on a Monday and Wednesday, he'd run over the mountain, all around Slea Head and back around the beach. He had it measured, it was 13.5 miles.

From Páidi's pub, instead of going around Slea Head, you go straight over the mountain. Then you go across the top of Mount Eagle and then into the back of Dunquin down through the graveyard and around Slea Head back to Árd a’ Bhothair.

It was across really hard terrain. He would do that twice a week. This was not pre-season, this was in the middle of summertime.

Along with managing Kerry to two All-Ireland titles, Páidí Ó Sé is one of a handful of players to win eight All-Ireland football titles in a career, doing so between 1975 and 1986. His training regime during many of those years was facilitated by a nearly professional lifestyle.

"Having said that, he didn't kill himself with work during the day. He was as close as you could get to a professional athlete at the time. He got his rest. He was so ahead of his time. He'd go to bed for a couple of hours during the day. His mother used to mind him and make sure his dinner was ready.

"He'd go down the beach and jump hurdles. Then he'd be back up, have a bath and my grandmother would have a little sherry for him at the side of the bath to warm him up inside in the bath. He was a flying, fit animal at that stage.

"Sure Ventry beach was full of people at the time. What did we think, that we could put the boots inside the ditch and they'd be there two hours later?" 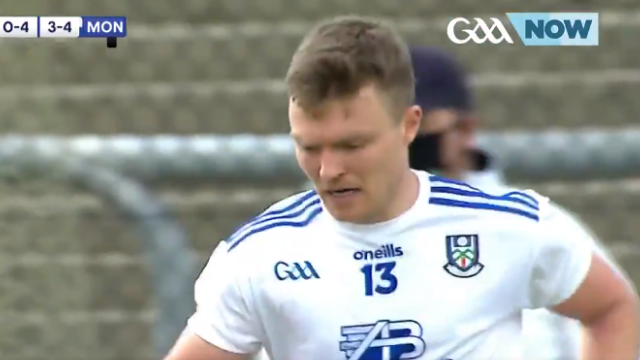