Tyrone's remarkable semi-final success was a deserved one, according to former Kerry footballer Tomás Ó Sé, who pointed at the Kingdom's ineffective gameplan as one reason for the upset.

Goals from Cathal McShane and Conor McKenna helped the Ulster champions reach the 2021 All-Ireland final after an extra-time victory in Croke Park on Saturday.

Speaking on The Sunday Game, Ó Sé said Tyrone deserved to win during normal time but was highly critical of Kerry's tactics for the tie.

If you look at it from a Kerry point of view, in the last ten years, how have Tyrone defended? With numbers. How have Tyrone scored? Running. They run the game. In that regard, Kerry knew they had five weeks to prepare for this. In terms of defending those runners, it was shocking. It was shocking.

The RTE pundit said they got it wrong on both sides of the ball.

"It was the biggest reason why Kerry did not get over. They owned the ball in the first half from kick-outs. Owned them from Morgan and their own ones. They had most of the possession. They couldn't score and they couldn't defend right on the counter-attack."

When asked about the effect of the postponement, Ó Sé said it was not a worthwhile defence for the performance.

"Using it as an excuse and that we should have taken it, absolutely not. You play Tyrone with a full Tyrone team. As it turned out, Kerry weren't ready for what Tyrone threw at them."

Later in the show, on the topic of Peter Keane's future, Ó Sé was foreright in his assessment. 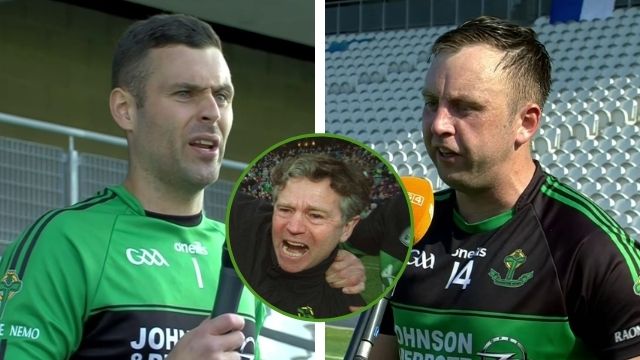