The Galway Coach Hoping To Beat The Bogeyman And Repeat History

They inspire fear and fascination in equal measure. Corofin are Galway's kingpins and today they look to secure their seventh county title in a row. It is a remarkable run by a tremendous team. Near-rivals Tuam Stars are the sole side left standing in their way.

It is a Tuam team that only saved their senior status with a late win in the relegation play-off last year. Then they were managed by Galway legend Ja Fallon. Now it is his staunch ally, Tommy Carton.

He is hoping to manufacture a monumental shock and for the first time since 1994, bring the Frank Fox Cup up Cloontooa Road. 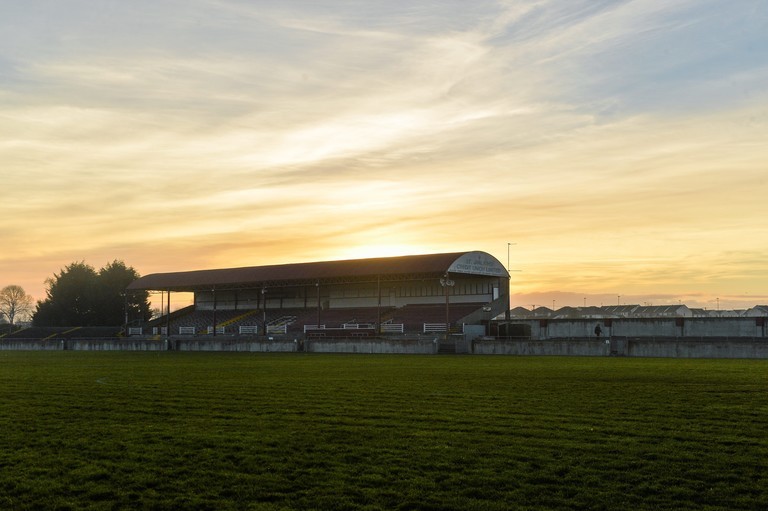 That year they faced Corofin too and it took extraordinary endeavour in the form of a last-gasp point to win it. The star who kicked that score was a young teenager by the name of Tommy Carton.

"I was only 19 at the time," recalls Carton. "We had such a good team that year. The Fallons and the O’Deas, a rake of senior players. I was only out of minor football and had been playing with Jarlaths in school.

"94’ we won a final. 95’ we got there again and we were bet. Sure when you are young, I thought we would be in the county final every year! It was something like nine years later before we even reached a semi-final against Killererin.

Carton did not expect the call when it came. Two club representatives arrived with a request. Could he take the senior team?

Even during his playing career with Galway, coaching always appealed to him. The Connacht schools programme and underage sides were the starting point but the top job in the club was a different matter entirely. 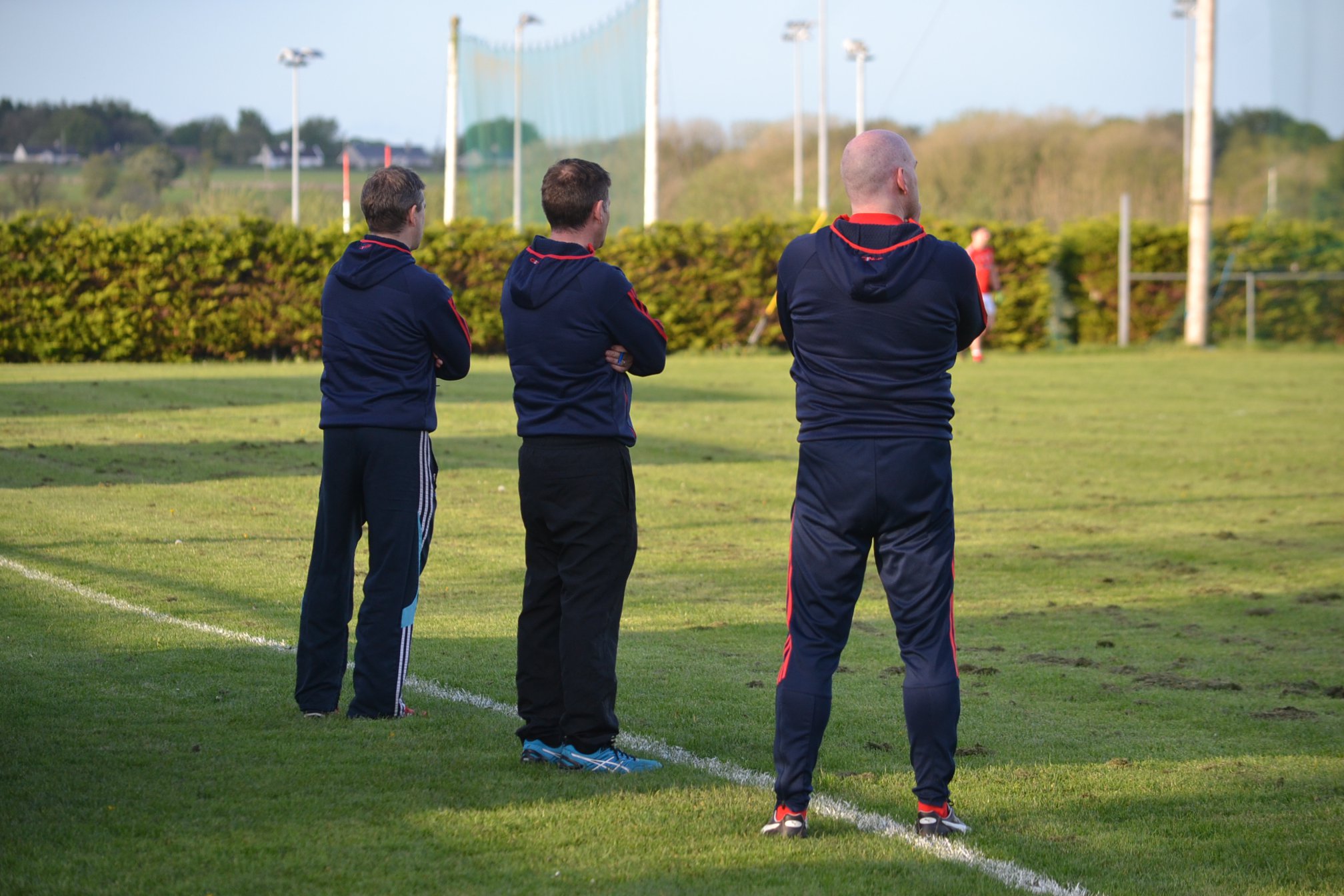 In a town like Tuam with its fill of football devotees, senior manager is the epitome of notoriety. The sense of adventure and duty was overwhelming.

It wasn’t even in my sights in December. I didn’t even consider it. Ja Fallon would be my best friend really. We worked together, we played together. We won all our county u21s and senior together. He was the manager.

He was doing his job but it is like everything. Your heart is always with your club and when you are asked, I said I’d give it a go. I never really thought about being the Tuam manager. I knew I’d be involved somehow but it was always underage. Once they asked I had to think about it seriously, but I found the two lads I wanted with me and we decided to go bald-headed at it.

It was not only a return to Tuam but a return to Gaelic football. After a lifetime playing and then coaching, Carton took a break entirely a few years back.

"I was sick of it," he explains. The time away was occupied by a new pursuit. Triathlons. Ironmans. Many have noted this team's exceptional fitness this year and there is a reason for it.

"That experience gave me a better look at running techniques, ways of developing fitness. I even started doing running classes for the club."

It was at Triathlon Club Tri-Lakes where Carton connected with local man Leo Hynes. They ran their first half Ironman together in Galway and bonded over a shared love of activity, unsurprisingly with football at the heart of it.

Then in 2015, Leo became visually impaired. After initially giving up sport, his love was reignited when his wife introduced him to a tandem bike. Soon Carton became his partner and Hynes rejoined Tri-Lakes Club.

"He was cycling around the estate with the wife and she broke her hand so I said I would bring him out. It took persuading to get him to enter that sort of craic but it worked out.

"I pointed him in the right direction and he is still doing it. Leo is some man. He played away before, football and that. I suppose sport is funny. After he went blind he got a kick out of a few other things in fairness to him. That’s life, you need to have something. We have football." 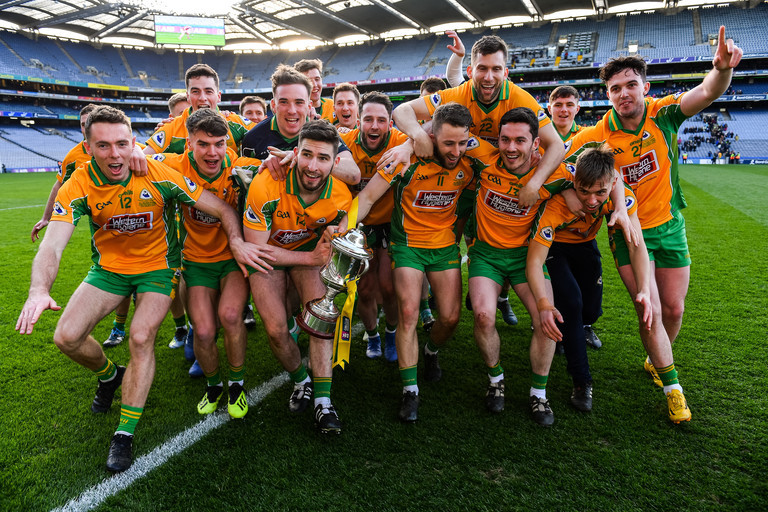 The dominance of Sunday's opponent should not be mistaken as a sign of an uncompetitive championship. It took a late equaliser to force a replay for the All-Ireland champions in last year's county final and no other side came closer.

As far as Carton is concerned, Corofin are the cream of a capable crop.

"The hardest thing for Corofin is to get out of the county and they would agree. Sometimes they go into Connacht and breeze through it. Last year they breezed through everyone after Galway. Plenty games this year they found it hard. Look at the results, they were pushed tight."

That is not to say there is any question about the size of the challenge. Three All-Ireland titles in five years tells its own story. They are the club game's galacticos. The innovators.

"The boogeyman," Carton declares with a nervous laugh.

"Look they are brilliant, they are absolutely brilliant. They can blitz a team in five minutes. Tuam are under no pressure and that is great. If we lose by ten or twenty points, it is expected.

"That is the general consensus, the bookmakers are giving us no chance. No one is. Perfect.

You need to have something. At the helm of his club on county final day with a chance to clinch a consequential crown. Does it get much better?