Breaffy defeated The Neale 1-23 to 0-14 in Group 4 of the Mayo Senior Football Championship on Sunday.

Despite the 12-point gap between the two sides, TG4 named The Neale's Tommy Conroy as their Man of the Match.

The Mayo panellist was superb for his side, hitting nine points, six of them from play.

The Neale still have games against Garrymore and Kiltane to play in the group. Last year, The Neale reached the quarter-finals, where they lost to Westport.

"It's disappointing," Conroy told TG4 after the game about the result.

"The scoreline speaks for itself. We were a long way off it today. Breaffy were in a county final last year. We knew we were going to be up against it today. We were down a few bodies as well, so that didn't help.

"There's always stuff to build on. We have two games left in the group, and will look to improve on that during the week.

"Two weeks ago [the All-Ireland final defeat], it was disappointing, but it's nice to be able to go back into the club.

"It's a full year since we were playing with the club. We've done two inter-county seasons since. It's a long time, and it's nice to be back with the local lads." 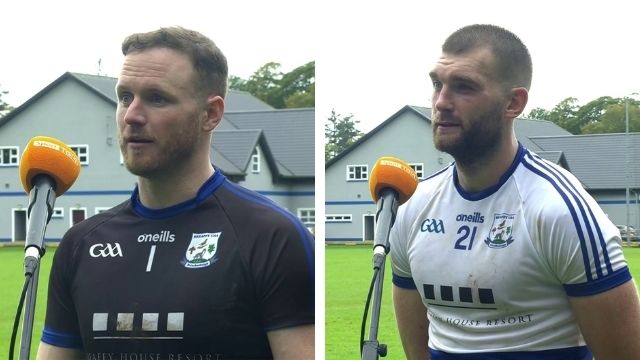 GAA
3 weeks ago
By PJ Browne
In Pictures: 14 Of The Best Shots From The Weekend's Club GAA Action
GAA
3 weeks ago
By PJ Browne
Rob Hennelly And Aidan O'Shea Respond To Mayo Criticism
GAA
3 years ago
By Maurice Brosnan
Heartbreak For Breaffy As Ballsy Diarmuid O'Connor Fires Ballintubber To Glory
Popular on Balls
Football
22 hours ago
By Gary Connaughton
Mohamed Salah Confirms That He Wants To End His Career At Liverpool
26