Getting To Play At Croke Park Is The Big Deal, Not 70 Minutes On TV

When looks back at his inter-county hurling career, Tommy Doyle will view this Sunday as a landmark day.

It's not just because it's the first ever Joe McDonagh Cup final and that Westmeath have the chance to win promotion to the Leinster Championship - or that he's captain. More, it's the first time in a decade that he will play at Croke Park. The last time Doyle lined out at Croker, he was a teenager playing in a blitz.

"There wasn't too many people in the stands watching on," Doyle told Balls.

"I think we played one or two games - we probably played Carlow that day as well! I'm not sure who won, they were short sided games but just to be in Croke Park was great."

Carlow are the opposition this weekend - a foe Westmeath know well. It will be the fourth time this season alone the two sides have faced each other. Carlow hold a 2-1 lead in their 2018 head-to-head. Westmeath won their opening Division 2A encounter back in January but Carlow have since prevailed, winning the 2A final and their Joe McDonagh Cup group stage game.

The league final loss is looked on with disappointment by Doyle.

The week after that game was probably one of the hardest weeks we had. We went back to our clubs and got back our enjoyment for playing. The first session back (with Westmeath) in the first huddle it was said that it wasn't good enough and we had to lift our game.

Carlow, going into that final, I think they lost the two previous finals. Maybe it gave them the edge, it just felt like they had that bit of hunger that we didn't match that day and they fully deserved the win.

The Joe McDonagh Cup's inaugural year was a major success in terms of its competitiveness. Games were tight and exciting - not that you would have known from the coverage, though, it did improve throughout the year with TG4 stepping up to provide highlights. Poor coverage was noticed by players, especially the opening games which got just a small corner of the Sunday papers.

"You're a bit disappointed about it especially the first round of the Joe McDonagh - I don't think there was too many GAA games on that weekend. Just not to hear much about it, maybe some players are thinking, 'What's wrong with us?' 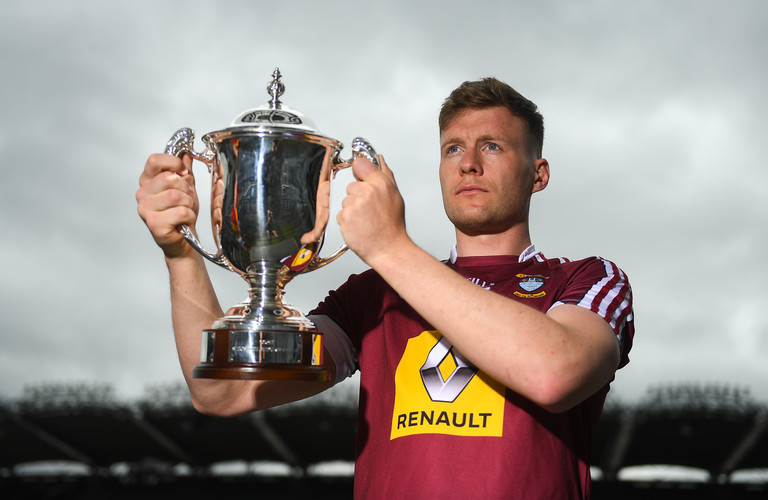 Doyle caught the eye last year when Westmeath faced Tipperary in the qualifiers. It was a nine-point defeat for his side bu satisfying on a personal level - he managed to keep Seamus Callanan scoreless from play.

"We had a meeting in the dressing room before we played Tipperary and the players were asked what they felt of the draw. The lads were mad for it. These are the games you're mad for."

Win or lose on Sunday in the Leinster final curtain raiser, Westmeath supporters will still have another big day out - a day like last year against Tipp when Doyle can again prove his mettle. Wexford or Limerick await in an All-Ireland preliminary quarter-final, an additional prize for finishing in the Joe McDonagh Cup's top two.

That fixture could see Doyle marking the likes of Seamus Flanagan, Graeme Mulcahy or Conor McDonald.

"I've marked two or three of them already in college hurling [for DIT]. We played Limerick twice two or three years ago, we played Wexford as well. They're the match-ups you want, as I said before you want to see what you're like against the best. They are the very best at the minute. We look forward to it."

Sunday's decider will throw in just 15 minutes before the Munster final at Semple Stadium. Doyle isn't too bothered by the clash. He's more excited about playing in Croke Park than he ever would be about 70 minutes on TV.

"I wouldn't mind seeing the Munster final myself to be honest, that's the only thing.

"We're involved in Leinster final day, it's great to be involved and you're only looking forward to it now. It won't bother us too much now."

James Horan: 'I've Seen Some Of The Conditioning At Inter-County, I Would Not Consider Them Elite Athletes'