'Cork Are Afraid Of No-One. If They're In A Final, They'll Always Have A Chance.'

Tommy Walsh knows all about a Cork team coming from nowhere. He was a bright young hurler who'd just broken onto the Tullaroan minor team in 1999 when he watched red hot favourites Kilkenny denied an All-Ireland by a young Jimmy Barry-Murphy led Cork team that weren't meant to be there. At the start of the same decade, Cork snuck in to grab an All-Ireland from Cyril Farrell's Galway team who were bidding to win three out of four. It's not unlike Cork to upset the apple cart on any given year. They're Cork, after all.

You're dead right, Mick. They have history of coming with young teams, with nothing expected of them at the start of the year, and returning with the Liam MacCarthy back to Leeside.

We've our own personal experience of it in 1999. After being beaten in the '98 final, we came up against a young Cork team, and Kilkenny would have been the hot favourites.

Donal Óg, Seán Óg, Ben O'Connor, produced a marvelous performance on the day. It was a wet day, a real wet day, a low scoring game, and they just showed to the country, to the GAA world, that Cork are afraid of no-one. That if they're in a final, they'll always have a chance.

The Kilkenny legend Walsh, who won a still hard to fathom nine All-Irelands and nine All-Stars in his incredible intercounty career, was also a minor hurler for Kilkenny two years later, but was denied an All-Ireland at the grade by a Cork team comprising of the likes of Setanta Ó hAilpin and the two Kieran Murphys. Cork would go on to beat Galway in the final a few weeks later. 20 years later, they've yet to win another title. 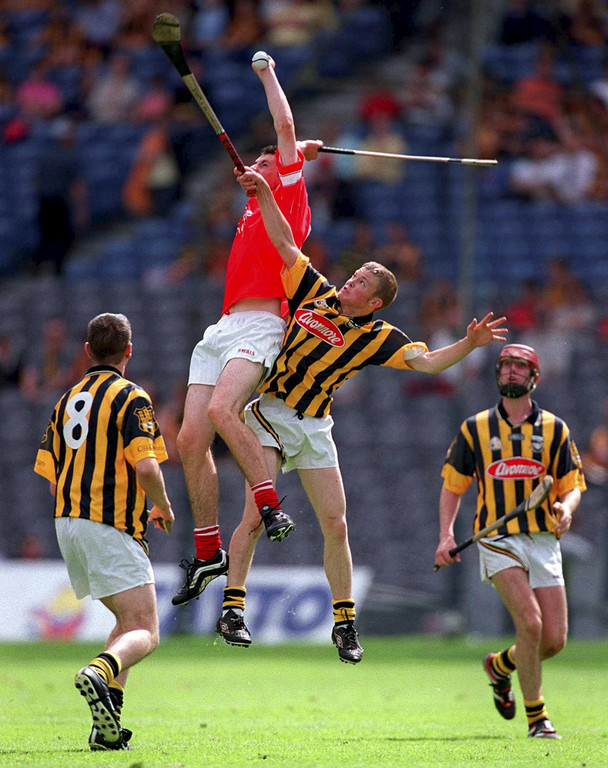 19 August 2001; Kieran Murphy of Cork catches the sliotar ahead of Tommy Walsh of Kilkenny during the All-Ireland Minor HurlingSemi-Final at Croke Park. Photo by Brendan Moran/Sportsfile

On Saturday night, the same teams will meet in this year's Electric Ireland Minor All-Ireland Final in Thurles. On Wednesday night, Cork beat Galway in the 2021 Under 20 final, just a few weeks after winning the delayed 2020 final against Dublin. There's something in the air in Cork hurling right now. The Summer of Cork is upon us, and an historic quadruple is a distinct possibility.

The minor team that play Galway on Saturday night could be the most exciting of the lot. It's a team that already has great pedigree, despite playing at such a young age grade.

Galway are going for an incredible five in a row at the level, and were outstanding against Kilkenny in the semi-final. Even so, it's a young team that only retained one of last year's All-Ireland winning team.

Infamously, Cork blew Clare away in Munster by 40 points, but were equally impressive is dispatching Limerick by 10 points and Waterford by 11 in the Munster final. Walsh has been blown away from some of what we've seen from Cork so far this year.

They've shown that since Under 14, since the Tony Forristal, the big Under 14 competition. They were the champions of that. They went on the year after and won the Under 15 A and B competition. I don't think there was an Under 16, so this team has been coming a while. The one thing you'd always question then with young players is, can they stay improving? Can they live up to their expectations?

And we seen what they did to Clare, and in the previous two matches as well. Jack Leahy has scored 3-9, 1-14, and 0-11, just incredible scoring for a forward. And the full-back got man of the match in the Munster final. 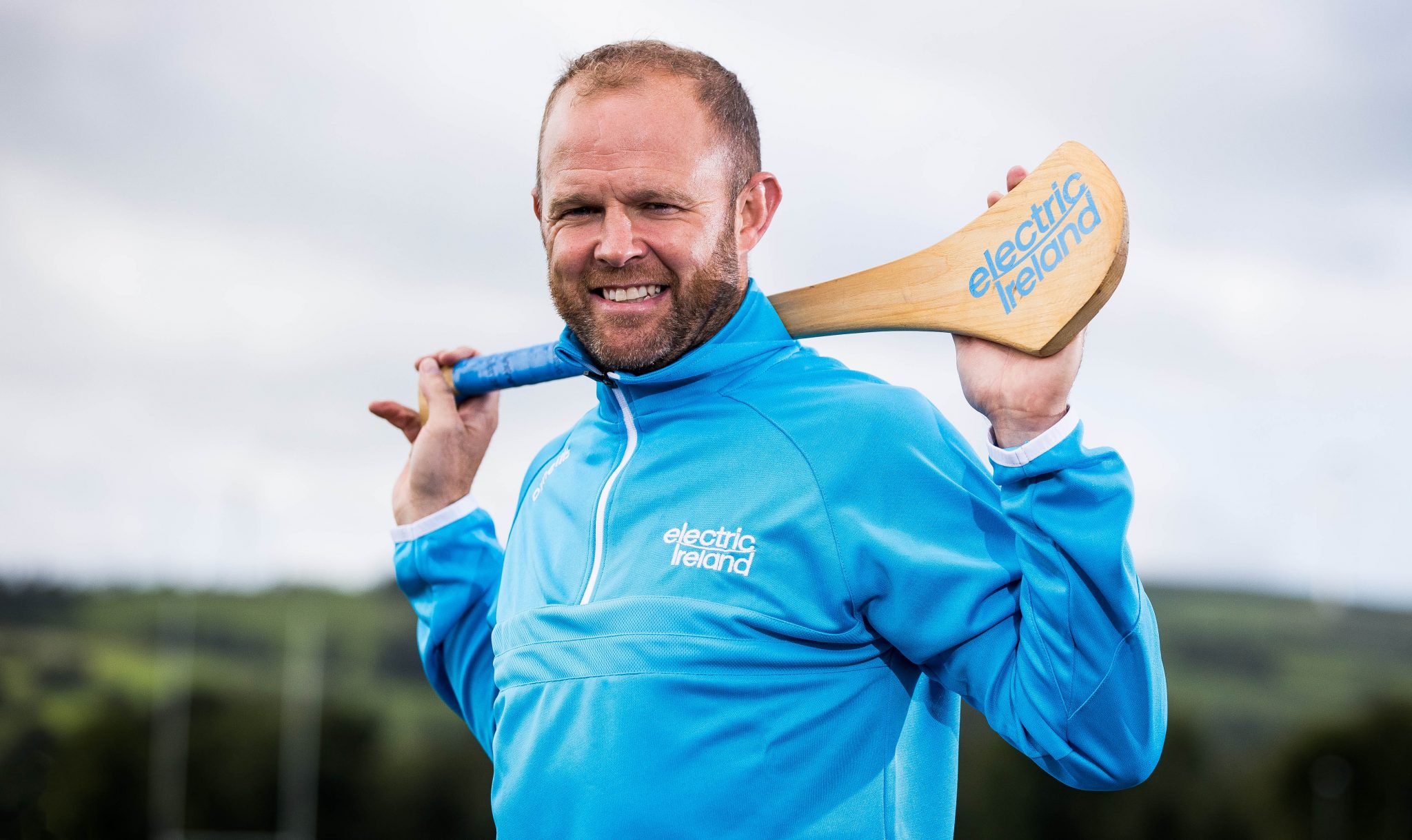 Electric Ireland has teamed up with former Kilkenny Minor hurler, Tommy Walsh to highlight the major impact of the Minor Championships and to look ahead to this weekend’s Electric Ireland Minor All-Ireland Hurling Championship Final between Cork and Galway which takes place at 7:30pm on Saturday, 21st of August in Semple Stadium. The game will be live on TG4 with coverage beginning at 7:00pm.

The senior team can often unexpectedly follow the lead when Cork underage is going well, and it's going very well at the moment. Two All-Irelands under the belt in just over a month, and two more to play for this weekend. Walsh puts it down to the work being done behind the scenes, and legends of the past who are giving back to the underage structures.

So, this Cork team, the confidence they're getting from Rebel Óg - they're putting huge work into it. You see the likes of Donal Óg (Cusack), Tom Kenny, Seán Óg (Ó hAilpín), Wayne Sherlock, Niall McCarthy, all putting their efforts and their work ethic into the underage setup in Cork. When you've that going in, there's always going to be a bright future. Especially as they're such a hurling mad county.

I think what set the ball rolling for them was the Under 20 victory against Dublin in Nowlan Park at the start of the summer. Because, even though they were getting to finals, they were getting beaten in them. They have been in minor finals, they have been in Under 20 finals in recent years, but getting beaten in them. So can they produce it on the big day? Suddenly they win that final against Dublin and now there's nobody talking about that anymore. So I think it was a major one for them.

But even with all the momentum, and a history of doing it, surely a senior All-Ireland this year is a step too far? They're facing a Limerick team who have appeared unbeatable at times over the last couple of years. Walsh agrees that Limerick are favourites but gives Cork a massive chance of completing the sweep of titles on Sunday. And for him, it's all about work rate, something that he thinks was lacking in Cork in recent years.

Nobody would have really given them a chance at the start of the year. I gave a top three, and they weren't in it. I had Kilkenny, Galway, and Limerick, and Cork were probably outside of that. Where I felt Cork wouldn't be a contender was the workrate of their forwards. But we saw all year that that's after changing. In the semi-final especially, the amount of hooks, blocks, last minute tackles, they got in against Kilkenny. Mark Coleman tearing back just to help out his full-back line. You have to remember, teams that win play as a team, and that's both in the forwards as well as the backs.

In the backs now, you're not just marking your own man, you're looking out for the lad beside you, the lad in the full-back line, the lad out in midfield. In the forwards, they're not letting the ball go in quick into their back line. They're hooking, they're blocking. So I think when they don't have the ball, this Cork team are after changing and improving this year.

And let alone for the goals. Jack O'Connor is probably the fastest player in the GAA at the moment. They're scoring goals. And they probably wouldn't have won that semi-final without that great Jack O'Connor goal. So what's giving the excitement to the GAA neutrals, is that Cork are coming with the unknown. They're not going to come and try to take them on physically, this Limerick team, because you're at nothing, they're too big. They're going to take them through a different angle, speed and space, and a lightening razor first touch.

Go back the Munster semi-final. Although they beat Cork by eight points, it was a drawn match on the 35th minute. Limerick scored two goals before half time, and that's not easy to come back out from, especially when you're playing the champions. You have them, you have them, you're going in with confidence to half-time, then suddenly they score two goals and it's a whole different dressing room talk at half time. So I give Cork every chance.

Why? Because of their speed, because of the work rate of their forwards. Also, they're getting goals. When they will fall down, in my view, is if they don't attack them. So, most teams playing Limerick play with four or five forwards. I think to beat that Limerick team, you have to play with six forwards, because they are too comfortable on the ball. If a backline gets a ball, and you've good workrate, you'll take it back off them, but Limerick are so physically strong, they're able to ride out these tackles, and it makes them much more difficult to dispossess.

Every chance for Cork, but is that a prediction? Ultimately, no. Limerick are very hard to bet against, even if the opposition does everything right.

It's usually because nobody can stop Tom Morrissey, Cian Lynch or Gearóid Hegarty. That half-forward line is so crucial. They're the guys, as Cyril Farrell used to say, the conductors of the orchestra. They're the guys that come with the ball and either put it over the bar, or give lovely balls into the full-forward line. Usually one of those guys will show up and give a man of the match performance so I'm going to go with Limerick.

If anyone can do it though, it's Cork. Because they're Cork. And if a minor title follows two Under 20 titles on Saturday night, they'll be all the more Cork. And if history has taught us anything, that's just hard to stop.

The Electric Ireland Minor All-Ireland Hurling Championship Final between Cork and Galway takes place at 7:30pm this Saturday in Semple Stadium. The game will be live on TG4 with coverage beginning at 7:00pm.

SEE ALSO: All-Ireland Final. 5 Points Down. The Team-Talk That Made History 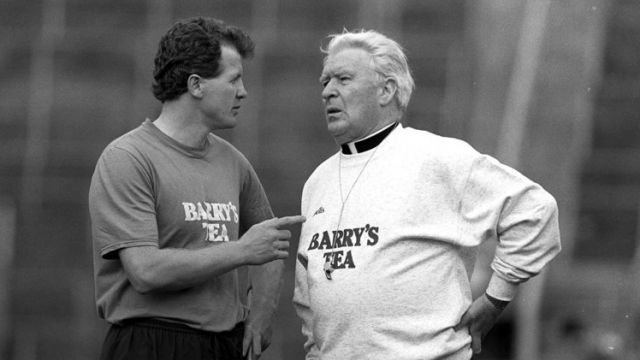 GAA
3 years ago
By Ste McGovern
Cork Pick Up Where They Left Off In The Electric Ireland GAA Minor Hurling Championship
GAA
4 years ago
By PJ Browne
Watch: Jack Canning's All-Ireland Minor Final Man Of The Match Interview
Previous Next

GAA
3 years ago
By Ste McGovern
Cork Pick Up Where They Left Off In The Electric Ireland GAA Minor Hurling Championship
GAA
4 years ago
By PJ Browne
Watch: Jack Canning's All-Ireland Minor Final Man Of The Match Interview
Popular on Balls
Golf
1 day ago
By PJ Browne
Shane Lowry And Rory McIlroy Delighted For Seamus Power
GAA
1 day ago
By PJ Browne
'It Was Crazy, We Were Still Hurling With St Kieran's College At The Time'
Football
23 hours ago
By Jonathan Byrne
Remembering Jimmy Bullard's Timid Big Dunc Stare Down From 2006
Football
2 days ago
By Jonathan Browne
Scott Brown Really Enjoyed Playing Against Rangers Last Night