TG4's 'Underdogs' returned to our screens last night - and it didn't disappoint, with an emotional season opener.

The first episode of the reality GAA Series had former Kerry manager Mickey Ned O'Sullivan in tears after an emotional story from Gráinne Power of Kilmore GAA.

First episode of 'Underdogs' had Mickey Ned O'Sullivan in tears

The return of Underdogs to TG4 is a welcome one, and this season is focusing on ladies' football teams. The show's concept revolves around assembling a team of players who have never played at senior, intermediate, or junior level for their county, or won an All-Ireland title at any level, to take on a team of all-stars.

This season is the first to build a team in ladies' football, and the first episode featured a tear jerking moment from Kilmore Ladies player Gráinne Power.

Power told her story of having been involved in a serious horse-riding accident which injured her eye socket and nose, and said that turning to playing Gaelic football during her recovery had "saved" her.

All-Ireland winner Kevin Cassidy is part of the management team on the show, and he went on to reveal that Power will be included in the Underdogs team, saying she would have to find a new coach for her underage team.

The story from Power had Mickey Ned O'Sullivan - who won the 1975 All-Ireland football championship as Kerry captain - in tears, and he was at a loss for words as the Kilmore player left the room.

The image of such a successful player and manager moved to tears by Power's story was a powerful moment of television, and plenty of viewers on Twitter were captivated by the first episode of the new series.

Worth sticking with this to the end, not least for Mickey Ned's words on how sport is a medium for personal growth.

Gráinne, Chanice, Jayne and all the stories tonight are why I love this show. Transformative power of sport. 🙌🏃‍♀️

Yes I'm in tears. Those who know, know the love of @LadiesFootball Those that don't will never comprehend the passion & as one parent said, "she's in love with it". This is a wonderful opportunity again for these girls who had to leave something they love. #UNDERDOGSTG4 Well done

What a story. How easy it is to fall. For any of us. But then the strength to get back up.

And what courage to tell it. Will inspire others to take that first step…

We have to say, we're now hooked on Underdogs - if the emotion for the rest of the series is anywhere near the levels of episode one, it's going to be an amazing ride.

SEE ALSO: Dublin Fan Fails To Sue GAA After Getting Struck By O'Neills On Hill 16 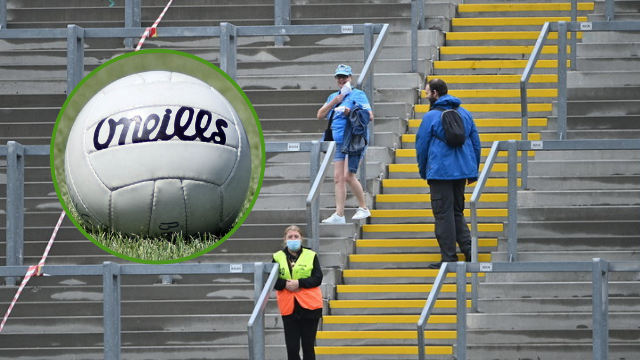