Vote Of Confidence In McEntee Doesn't Inspire Much Confidence

A strange set of circumstances mar the extension of the Royal County management job.

On Tuesday, club delegates were represented at a county board meeting to vote on the future of Meath manager Andy McEntee.

A weight was placed on the delegates shoulders after an executive committee had voted the prior Wednesday, 8 to 7, in favour to end McEntee's tenure.

It was going to be an uphill battle for the executive committee to garner the two-thirds majority needed from the clubs to force a stop to his term.

27 club delegates voted for McEntee's departure, with 46 voting in favour of keeping him on for another year. A good distance short.

It now propels McEntee into a sixth year in charge of the Royal County. But the county boards' initial distrust in the manager's capabilities won't be long forgotten.

Andy McEntee back as @MeathGAA senior football manager for 2022. pic.twitter.com/ocKiCnpGWh

Wednesday's Vote Of No Confidence

The Meath executive board voted on McEntee's tenure last Wednesday after being presented a review by a three-person committee.

LMFM's Colm Corrigan reported that the review was delivered with no recommendations given, just for the executive to decide on McEntee's future for themselves.

The review also featured a survey of the players involved in the county setup. A subsequent vote of 8 to 7 in favour of McEntee's departure ensued.

County board Chairman John Kavanagh admitted they could have been more prompt with carrying out the review that led to the executive vote, according to LMFM.

Some club delegates were reportedly in cahoots over the meeting on Tuesday and felt they should be allowed to see the review for themselves, which was rejected.

Kavanagh gave McEntee his vote of confidence at the meeting, but the other delegates weren't on board with going on the record with their votes.

A public vote was struck out, and a secret ballot was instead the route agreed to by the majority. 63% of delegates voted to keep McEntee on.

Andy McEntee to stay in charge of Meath.

"The Meath GAA County Committee has decided to endorse Andy McEntee as the County Senior Football Manager for 2022.

"Andy McEntee will now complete his three-year term and we are excited for the new year of Gaelic games to come."

The Reaction From Clubs

This vote wasn't something unprecedented in the Meath setup before, with Eamonn O'Brien's and Seamus McEnaney's futures determined by club vote in 2010 and 2012.

However, LMFM reported that clubs weren't too pleased with how things were carried out. Some of the comments didn't reflect well on the executive and review last week.

"A number of delegates claimed they were being asked to vote on something they knew nothing about," Corrgian said in his article.

From the player survey conducted, 14 abstained from giving their thoughts. "None of the 24 however, said they wanted to get rid of the manager."

Corrigan went on to reveal that one club, Nobber, said "the current situation was a 'mish mash' of a disaster, claiming Meath football couldn't afford this."

According to the report from Tuesday's meeting, county Chairman Kavanagh and co didn't have a successor in mind if the clubs voted for McEntee's departure.

What Does It Mean For Meath Football Now?

While McEntee has been given a vote of confidence by the clubs, it'll no doubt make for an awkward relationship with the county board going forward.

A lot of management is results driven, and maybe they felt Meath could have capitalised on Dublin's demise in the Leinster final gone by.

Having said that, for the first time in what seems like a long time, Meath did run the Dubs close that day, so there was some progress. Especially after the huge defeat the year before.

The Meath job was always going to be a long-term project as much of the focus was placed on bringing in players from successful underage setups, some of which McEntee was a part of.

In a week that saw the LGFA Player of the Year awards dominated by three Meath nominations; the men's side of things, already a ways behind, seems to be pegged back even further.

McEntee will hope to put this six day debacle behind him and focus on 2022, but the events of the two meetings will be hard forgotten. 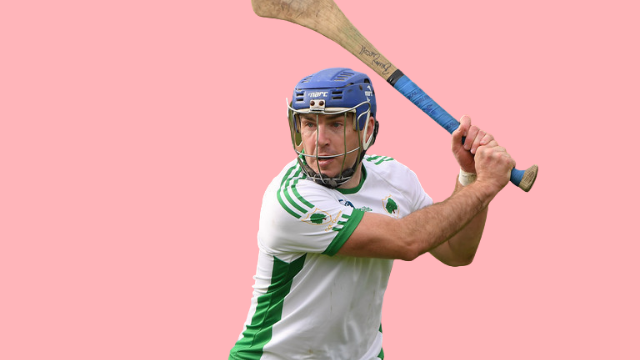