Former Wexford footballer Bary O'Connor has made an emotional visit home from Australia to see his family.

O'Connor, who is the son of Wexford hurling legend George, has been with the Sydney Swans since 2019. Granted, he has yet to make his AFL debut for the Swans, he has still been away from home for a long stint.

With things beginning to open up once more after a long shutdown, O'Connor has made an emotional return home.

It’s been nearly two years since our Irish recruit @boconnor6 had seen his family and friends but @qatarairways helped get him back to his loved ones for this surprise reunion 💚 ☘️ pic.twitter.com/xJ1mLkw69J

O’Connor made the switch from Gaelic football to the AFL when the Sydney Swans signed him as an International Category B Rookie in 2019.

After signing for the Swans, O'Connor explained that his move Down Under was a straightforward one.

"I found out in June so I had to stop playing gaelic football [then].." he said.

"I went to a trial in Dublin and we had a training session with a few ex-AFL players, and I got an email asking if I would come over for a trial [in Australia].

"I went over and it went great and I signed for the Sydney Swans in early June. It was a straight forward process."

The 23-year-old has trained as a defender ever since arriving at the Swans at the beginning of the 2020 pre-season. The club's official page note that 'his marking ability, strength and speed' are amongst his 'key attributes'.

Since making his move to the Swans, he has worked with Kerryman Tadhg Kennelly, and teammate Colin O’Riordan from Tipperary.

While he is yet to make his AFL debut, O'Connor is building to reach a level where he is able to do so. The presence of several Irish players can only help him going forward.

His return home, while temporary, is great to see as he looks to push on during his return to the AFL in the coming weeks. 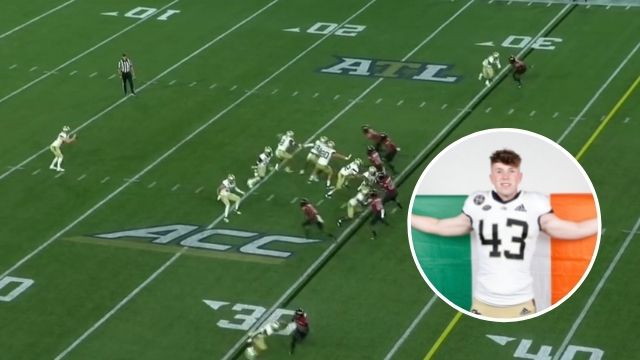