Watch: Kevin McManamon Belts Out The Dubliners In Front Of Thousands At Smithfield

Having played his role in securing Dublin's 27th All Ireland title, Kevin McManamon was always going to step up when it came to the celebrations.

Just as thousands of Mayo fans turned out in MacHale Park to thank their players, Smithfield was a sea of blue on Monday night as Dublin fans came to show their appreciation to the side who clinched their third Sam Maguire on the bounce, and of course join in with a sing-song.

McManamon was the man to deliver in that regard as he gleefully belted out The Dubliners' classic 'Dublin In The Rare Ould Times' much to the delight of everyone in attendance.

A fine voice on him and all.

While he would be used to performing in front of big crowds, singing in front of them is an entirely different story so fair play to him for getting up and giving it socks. The reward is this sensational snap captured by Sportsfile: 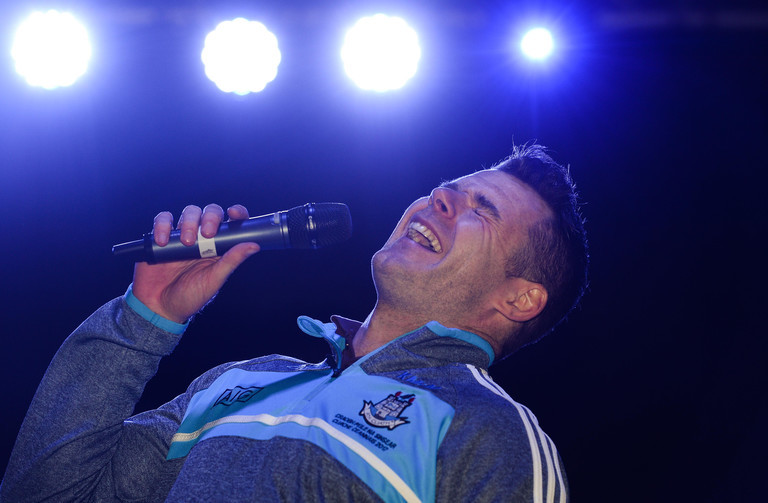