Watch: Last-Gasp Penalty Save Sends Knockmore Through To Mayo Semis

There were extraordinary scenes out west on Sunday evening, as a last-ditch penalty save from the Knockmore goalkeeper sent them through to the last four of the Mayo senior football championship.

Knockmore through to last four with dramatic penalty save

2020 champions Knockmore took on Ballintubber in the last eight of the Mayo senior football championship on Saturday evening in Bekan.

Knockmore, who won their first Mayo SFC title in 23 years last year, roared into a 1-6 to 0-6 lead at half-time, and pulled further ahead with the help of another goal early in the second half.

It was a stop-start game, however, and the amount of stoppages led to referee Declan Corcoran playing six nerve-wracking minutes of injury time. As the game drew to a close, Ballintubber drew to within three points and, deep into injury time, were awarded a penalty in dramatic fashion.

Knockmore's sub goalkeepr, Ryan McDonnell, was tasked with facing down Diarmuid O'Connor. The clock ticked over to eight minutes of injury time by the time O'Connor stepped up to take the penalty.

McDonnell rose to the occasion, as he got an incredible hand to the ball to deny O'Connor in the ninth minute of injury time - and as he pounced on the ball to prevent a rebound, referee Corcoran blew the final whistle.

What a moment for Knockmore substitute goalkeeper Ryan McDonnell. Brought off the bench, he denies Diarmuid O'Connor from the penalty spot in the final play to send Knockmore through to Mayo's last four at the expense of Ballintubber. pic.twitter.com/i8HYvxtpz3

It was an incredible conclusion to a special day for Knockmore, who have seen some fantastic success in both codes in Mayo in recent weeks. They ulimately saw out the game by 2-9 to 0-12, as Ballintubber exited at the last eight.

Knockmore now go on to the semi-finals, where they join Westport - who took a one point win over Ballina Stephenites earlier on Saturday.

Regardless of how their semi-final goes, we doubt there will be many moments for Knockmore this season more dramatic than their quarter final against Ballintubber. 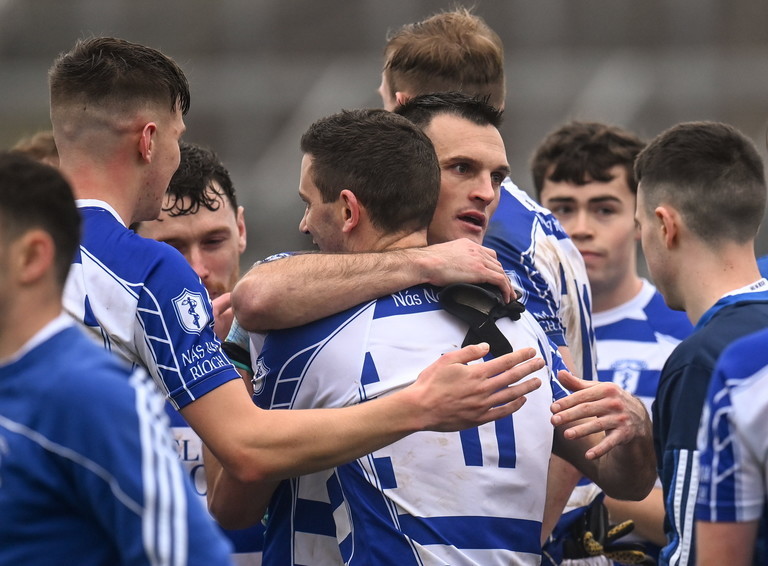