It had been earmarked early in the week as the game to watch out for and it duly delivered. Ballygunner and Ballyea played out a thrilling Munster club championship semi-final that was forced to extra-time thanks to a last-gasp goal. A late '65 ensured extra, extra-time was required but ultimately the Waterford side secured victory. 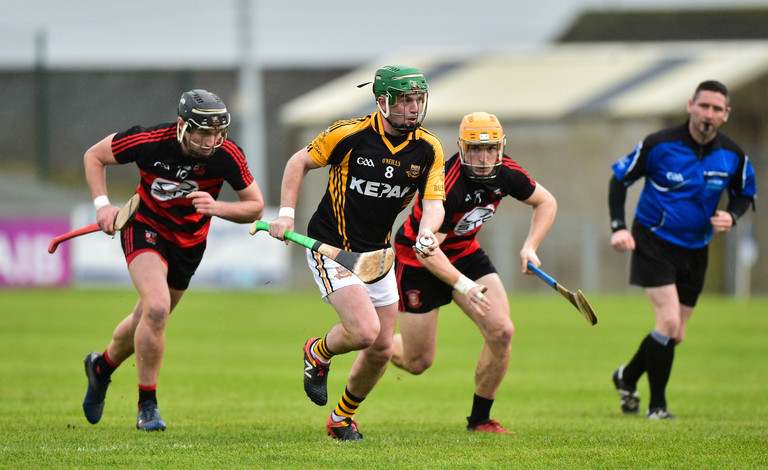 The Waterford and Clare champions were bound to deliver a magnificent affair given their respective star quality. Clare midfielder Tony Kelly was at his typical brilliance from early on as he got on the scoreboard from the placed ball and play.

Tony Kelly with a lovely bit of skill and point for Ballyea! pic.twitter.com/nmQ2VTVVYI

The sides remained nip-and-tuck until the 53rd minute when Ballyea rattled off three successive scores to leave Fergal Hartley's side on the verge of another Munster championship defeat. However, in the dying moments, a floated ball into the square was met by a determined Phillip Mahony who forced the game to extra-time.

GOAL for Ballygunner’s Philip Mahony to level the game and bring it to extra time! pic.twitter.com/3ZTqi9yU0l

Ah lads not sure if I've said this before but I love hurling! Some ending to the Ballygunner Ballyea game. Tony Kelly's work rate today is savage stuff #GAA

Ballygunner v Ballyea on TG4 right now is the best sporting action of the weekend, and it isn't close. Well the match itself is close, like - it couldn't be closer. Ballyea in Munster club hurling are box office. #TheToughest #hurling #tg4 #munsterclub

What a mad game & crazy finish between Ballyea and Ballygunner.
Some entertainment. #GAA @MunsterGAA

This Ballygunner v Ballyea game on @GAA_BEO @SportTG4 epitomises everything that is wonderful about Hurling. 10mins of ET & still these gr8 teams cannot be separated! 5 more mins ew to follow!
I could watch both teams all day. Pure class! ! #🙌🙌🙌@ballygunnerHc @ballyea_club

Great hurling match on TG4 who give fantastic coverage. Kudos to Ballygunner and Ballyea for serving up a classic on first weekend of November#TheToughest

Conditions began to deteriorate and a November Walsh Park pitch struggled to cope but it had little impact on the quality of hurling. Stephen O'Keefe's monster puck-outs began to find their range and Ballygunner took the lead. A strong response came as Niall Deasy, who hit 1-10 in total, continued to convert frees while Brian O'Sullivan consistently produce significant scores for his club. In the end, a last-minute Deasy '65 left the sides level once more and extra, extra-time was required.

Inter-footballer Gary Brennan was another stand-out performer but gradually the Clare club began to struggle with fatigue. Phillip Mahony manufactured a late free which the peerless Pauric Mahony converted. Mahony has been in sensational form all year, having hit 0-12 during their quarter-final victory over Midleton and 0-13 before that. Today he finished with 0-13. Ultimately, the Waterford kingpins proved victorious. It finished 2-26 to 2-23.

Check out the full-time highlights between Ballygunner (Waterford) and Ballyea (Clare) were we saw two periods of extra-time! pic.twitter.com/owPyUYfVRF

SEE ALSO: "Do They Really Exist? Jesus Christ, How Bitter Do You Have To Be?"