Watch: This Is One Of The Most Rousing Pre-Match Speeches You'll Ever See

"We start the game boys, like the waves of Tory."

There's been many rousing GAA dressing room speeches caught on camera over the years, but this speech from a small Gaeltacht club has to be up there with the very best of them.

Barney Curran, of the CLG na nDunaibh club from North Donegal, was speaking on this week's episode of 'Ár gClub', which is set to air this Thursday at 8.00pm on TG4.

Curran was speaking ahead of his sides game during the Donegal Comórtas Peile na Gaeltachta weekend which was held in the rural Gaeltacht village in 2018. 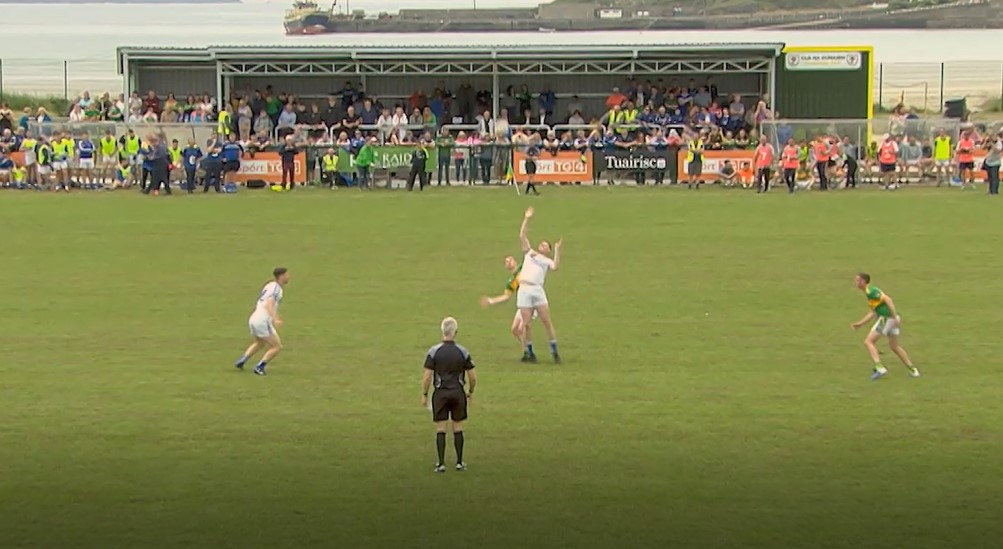 The episode focuses on the preparation of the local community, who are both excited and nervous about hosting the Donegal Comórtas, while also taking great pride in all the improvement works that have been completed just in time for the weekend's festivities.

On the pitch both the men's and ladies team feel the pressure as they try to win the Comórtas on their home field. The men's team have not won the Comórtas since 1982, while the newly formed ladies team face a tough task if they are to challenge for the title in their first ever Comórtas.

SEE ALSO: Gary Sice and Kevin Cassidy Prove The Worth Of The Old Dog