After his dressing room celebrations were finished following Austin Stacks' victory over Kerins O'Rahillys in the Kerry county final on Sunday, Wayne Quillinan's thoughts turn to the opposition.

In part, it was due to a gesture from Kerins O'Rahillys forward Barry John Keane and his father after Austin Stacks were demolished by Nemo Rangers in a Munster semi-final two years ago.

"In the last two weeks it's been a rollercoaster of emotion for us as a management team and for our players.

"I know that they've been going through the same thing. I've been where they are right now. I just have so much respect for Strand Road players, their management, for the club, and for the people.

"I'll just tell you a story: When I was rock bottom against Nemo, I mean rock bottom, at my worst, Barry John Keane and his father Davy separately sent me text messages which I still have on my phone.

"To get those on the Monday after losing to Nemo, it was amazing to get them. It just shows the characters that Barry John and his Dad are. That sums up Strand Road to me."

Kerins O'Rahillys lost key midfielder David Moran to an injury to six minutes into Sunday's game. It was a major blow to their chances.

"David Moran and Tommy Walsh, those two are my son's heroes. Us down in Kerry, we wouldn't have had great days but for those two lads. To see him going off in a county final - and I know I'm on the other side of it - it's not good to see."

"He's one of these guys that makes you want to manage and coach guys. He just does everything. He's probably one of the biggest competitors I've ever met in my life, on top of being a wonderful guy. I was going to call him a kid because I've been dealing with him for the last five years, but he's not a kid anymore, he'll be towering over me.

"Joe plays for the team, and Joe doesn't quit. There's quit in Joe. He's just so ambitious, and there's a drive about him. He's the energy of the team, he's the heart of the team as well. For him to get Man of the Match, I'm just delighted for him." 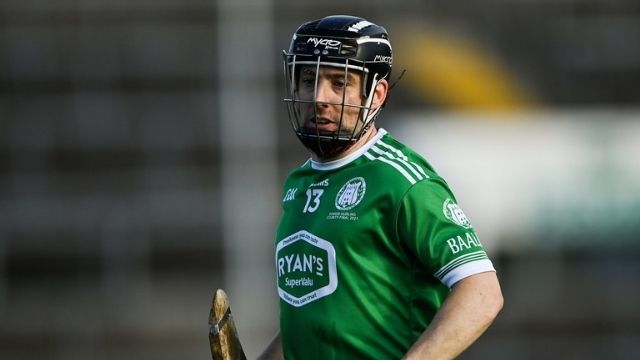