Anthony Masterson is hoping that Davy Fitzgerald isn’t the only Wexford manager cerebrating this Sunday, as the county’s hurlers and ladies footballers set their sights on Leinster glory.

Taking in both venues won’t be an option for supporters, but Masterson says he hopes it will be a bonanza day for the county, after the men’s footballers crashed out of the championship early on.

“It has been tough year for football in the county, especially with the hurling going so well.

“Hurling is the most appealing sport down here at the movement and Davy has done an unbelievable job at hyping things up and creating a buzz in the county,” said Masterson, who is employed a football development officer by the Wexford County Board.

If the women can add a bit of a buzz back to the county football scene I’m sure they will. If we can get a win against Meath and get a roll into the All-Ireland championship it will give the game a real lift around the county too.

Unfortunately our final is on the same day as the Wexford hurlers’ Leinster final. But the girls don’t mind, they are delighted to be into their Leinster final especially after missing out last year by one point to Laois in the semi-final.

Masterson is in his third year as Wexford manager, a job that popped up just two weeks after he retired from an 11-year playing career with the Wexford men’s side. 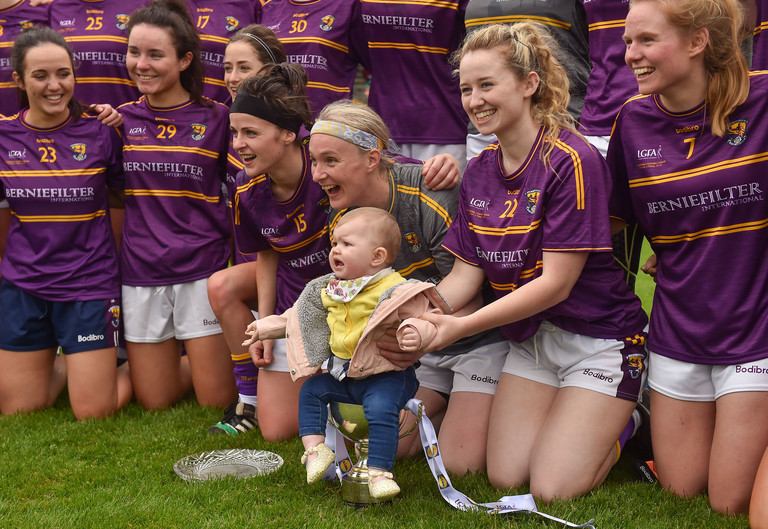 Since he took charge, Wexford have been very close to making the big breakthrough they need, and 12 years on from their last Intermediate provincial title, he thinks they are ready to graduate in the championship after last year’s Lidl Division 3 success.

We’re in a good situation at the moment, I wouldn’t say we’re the golden generations or anything but we have a good team in Wexford at the moment.

We’re trying to catch up. First of all our target is to win a Leinster intermediate title. Then your goals can change, try to get to Croke Park, win an All-Ireland and become a senior team.

But we want to be a senior team that can compete up there. You don’t want to go up and come back down straight away. We are trying to improve our standards.

I think we’re close, but I think we need to win a game like the Meath game. There has been excuses in the past from everyone involved but we have no excuse this year. We played in Division 2 this year. We learned some real harsh lessons and beat some very good teams. We hope that will stand to us.

SEE ALSO: 'I Let The Class In, I Was So Confused. I Couldn’t Remember The Day Before'

GAA
2 weeks ago
By PJ Browne
GAA Pitches To Reopen For Adult Training On Wednesday
GAA
1 month ago
By Declan Rooney
'We Have A Poultry Farm, But That Has All Stopped This Summer'
Previous Next

GAA
6 days ago
By Michael McCarthy
Dublin's Siobhan Killeen's Horrible Battle With Covid Is A Stark Warning To Us All
GAA
2 weeks ago
By PJ Browne
GAA Pitches To Reopen For Adult Training On Wednesday
GAA
1 month ago
By Declan Rooney
'We Have A Poultry Farm, But That Has All Stopped This Summer'
Popular on Balls
Golf
14 hours ago
By Balls Team
DeChambeau Confronted Cameraman About 'Hurting His Brand'
4