Wexford won their first Leinster Football Championship game since 2014 on Sunday as they knocked Wicklow out of the championship with a 2-11 to 0-14 victory in Aughrim.

With 10 minutes to play, Wicklow led the game by a point, but then Wexford took over. They scored 1-3 as Wicklow managed just two points in reply.

One of Wexford's key players on Sunday was Daithí Waters. The midfielder was one of those cut from the panel by Paul Galvin during the early days of the Kerryman's year as Wexford boss. Waters subsequently returned to the group under new manager Shane Roche.

Roche revealed on Sunday how a few words from Waters during the game's second water break helped inspire a Wexford victory.

"Daithí was overlooked last year but came back with a point to prove," Roche told RTÉ Radio 1.

"He took the last water break, told the group to write their own script. For so many years, we've been in this situation, and not pushed on. He spoke well, geed up the group. He got the players going. They were out there. He's a great leader, a great guy.

"It's absolutely fantastic. The dressing room is delighted. We spoke that our vision for today's game was that at half five, we'd have the music on, blaring, and we'd be looking forward to playing the best team that's ever played.

"It's seven years and 18 days since the last time we won a Leinster Championship game. A lot has changed in the world since then. We're delighted. A young bunch, I'm over the moon for all those guys.

"You look at Brian Malone, Daithí Waters, Ben Brosnan, they're the elder statesmen of the group. They've solidier on.

"I'm delighted for the football people in the county. "

Wexford's reward for victory is a home quarter-final, against Dublin, next weekend.

"We are playing the best team football has ever seen," said Roche.

"To really respect them, we'll do our homework on them, we'll train for them, and then go out and implement our game plan. That's the greatest respect we can show them. I won't be sending out a team next week to stand off them. 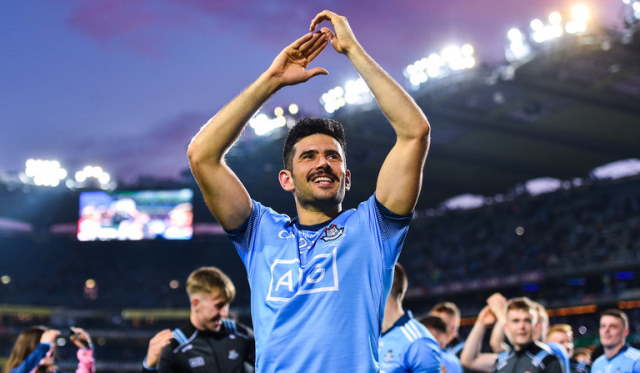 GAA
1 hour ago
By PJ Browne
Cork Had 'Concerns' With Erika O'Shea AFLW Move
GAA
19 hours ago
By PJ Browne
Massive Frustration In Ladies Football Over Rule 'Spoiling The Game'
GAA
1 day ago
By PJ Browne
'I Made My Debut Vs London In 2011, A Dark Day For Fermanagh Football'
Previous Next