What If: Jim McGuinness Never Got The Donegal Job?

When we reminisce about the most influential people in Gaelic football in the past decade, it is very difficult to look beyond Jim McGuinness. He came and went in what seemed like the blink of an eye, but he left an imprint on the sport that has had an incredible impact at all levels.

Jim McGuinness changed the way Gaelic football is played. His Donegal teams at the start of the decade introduced a style of play that had never been seen before, attacking and defending as a single unit. Counterattacking was born, and we would see countless iterations of this game plan in the intervening years.

He brought success to his own county, but also influenced the rest of the country.

But what if Jim McGuinness never got the Donegal job? Believe it or not, that is something that came very close to happening.

He canvassed for the position for a number of years, but the Donegal county board seemed reluctant to give it to him. He was turned down on a few different occasions, before being given the U21 job for the 2010 season. When he guided them to the All-Ireland final, he finally became too difficult to ignore.

But what if Jim McGuinness was never given that opportunity? Gaelic football in 2020 would probably look very different. 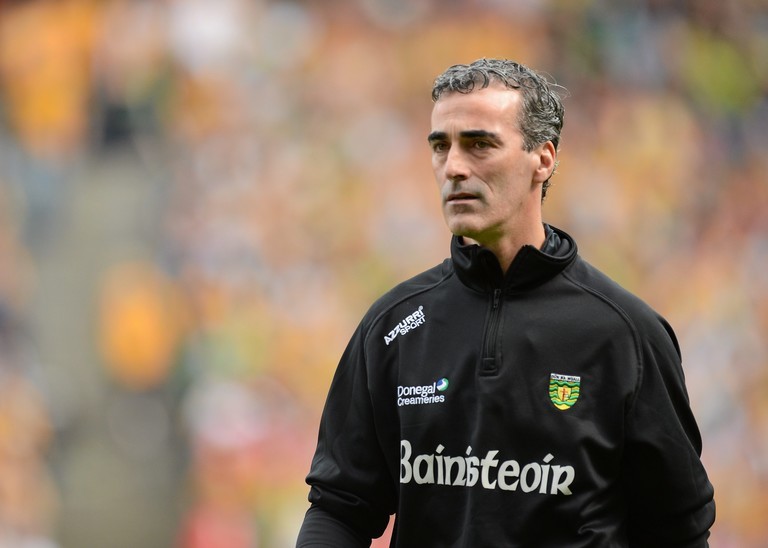 While Donegal had some promising young players, the senior team was not in a great place when Jim McGuinness was appointed in November of 2010. They had finished mid-table in Division 2 of the National Football League, having been relegated the year before.

They had been defeated by Down in the quarter final of the Ulster Championship, before going on to suffer a nine-point loss to Armagh in the first round of the qualifiers. Donegal were a team without direction.

He had a four year plan to win the All-Ireland, but things progressed at a faster rate than even he could have imagined.

The county would undergo a renaissance in 2011. They won Division 2 of the league, before going on to cruise through Ulster, with an average winning margin of six points in their four games.

While they would fall short against eventual winners Dublin in the All-Ireland semi-final, they were on the up. Having won their first Ulster title since 1992, they would go on to end their All-Ireland drought the following year.

McGuinness would depart in 2014, but they would remain the premier power in Ulster. Having won five provincial titles in their history prior to 2011, they would double that total in the past decade.

Without his intervention, Donegal football could well have spent another decade in the doldrums.

We also would have been robbed of one of the greatest GAA songs of all time.

And how would that have affected the legacy of Michael Murphy? Largely regarded as the best footballer in the country over the past decade, he could well have been viewed entirely differently if not for the trophies brought by McGuinness.

He may have been spoken about in the same way as players like Gary Brennan and John Heslin, fantastic individuals who's talents are not matched by their county's success.

How would Ulster have played out if there was a Donegal sized hole in the province for the last nine years?

Monaghan, who had their own resurgence under Malachy O'Rourke, may have been the dominant force. Or perhaps Tyrone could have strengthened their grip in Ulster.

Could All-Ireland success have followed for either of those counties? It's definitely possible.

The ripple effects of Jim McGuinness were felt far beyond Ulster.

For all the influence he had on Donegal, it did not stop Dublin from becoming the dominant force of the decade. We can debate the cause of their success on another occasion, but it is possible that McGuinness may have had an influence.

While the 2011 semi-final came too soon for Donegal, they would defeat an even more fancied Dubs side at the same stage three years later. That game is now looked upon as something of an ambush, with that team the ultimate foil for Dublin's attacking team. 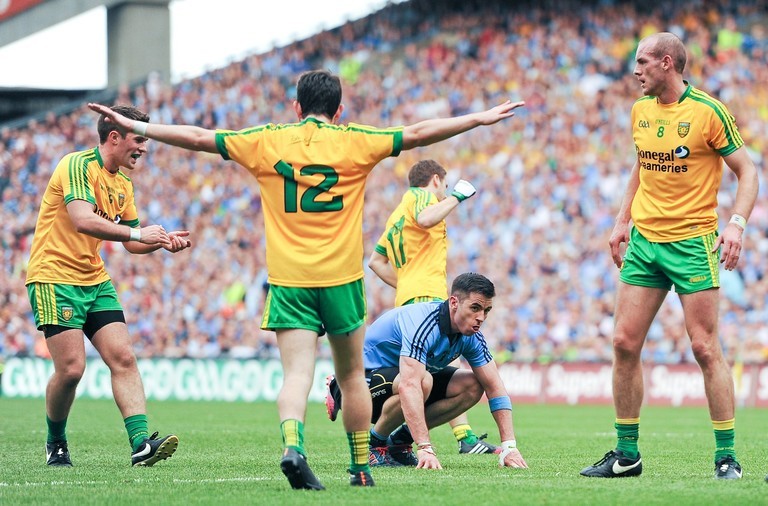 It is highly likely Jim Gavin's side would have retained the Sam Maguire that year without Donegal in the picture. Would that have been a positive or a negative in the long run?

Dublin could well be on the quest for an seventh All-Ireland title in a row in 2019. Perhaps that would set the alarm bells ringing within the GAA, who are seemingly dodging any suggestion that they have contributed to an unstoppable juggernaut that has destroyed the sense of competition in the championship.

Judging by their current hierarchy, actually probably not.

But could things have went the other way? If Dublin won that game, could it have had detrimental effects on their long-term development?

That defeat saw Jim Gavin completely tweak his game plan, resulting in the type of football we see Dublin play today. The evolution of the Dubs could have been very different, and there is no telling how they would look in 2019. It's a weird thought, but not completely out of the question.

And what of Mayo, the bridesmaids of the GAA?

The only team apart from Donegal to beat Dublin in the last seven years, it is highly likely they would have at least one Sam Maguire to their name. That 2012 final was a bit of a strange game, and certainly one Mayo could have won. Had they played beaten semi-finalists Cork in the final, you would have fancied them to get the job done. 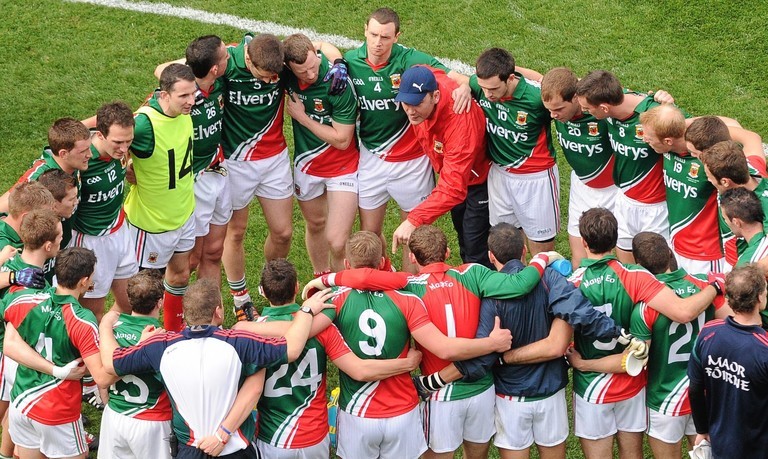 With the monkey finally off their backs, who knows what they could have went on to achieve? The 2015 and 2017 finals could have been very different affairs, with Mayo now playing without the weight of six decades of disappointment on their shoulders.

It is unlikely that James Horan would have taken his hiatus from inter-county management and perhaps he, not Jim McGuinness or Jim Gavin, would now be the biggest figure in Gaelic football.

In the 2014 final, Kerry would prove too much for Donegal to overcome. It would be their only All-Ireland crown of the decade.

How much of a crisis would Kerry football be in if they were now entering their 10th year without an All-Ireland? More importantly, we never would have been blessed with this iconic Kieran Donaghy moment.

It would have been a shame.

While all the ins and outs of the All-Ireland for the last decade may have been very different, the lasting legacy of Jim McGuinness is how he changed the very essence of Gaelic football.

He introduced the concept of teams attacking and defending as one unit. Everyone drops back, but everyone has the licence to break forward at speed. It was devastatingly effective, and has influenced just about every manager in the country in some way.

McGuinness could certainly be described as defensive, but he also knew how to launch an attack. His players were fit, fast, and powerful. They knew how to take a score too.

While many have accused him of enforcing a defensive plague upon the game, this is not really accurate. The problems have only arisen when other coaches have misinterpreted his philosophy. They use the defensive aspect of the game plan, but without any method of attack. This has led to some putrid football, something that is not friendly to spectators. 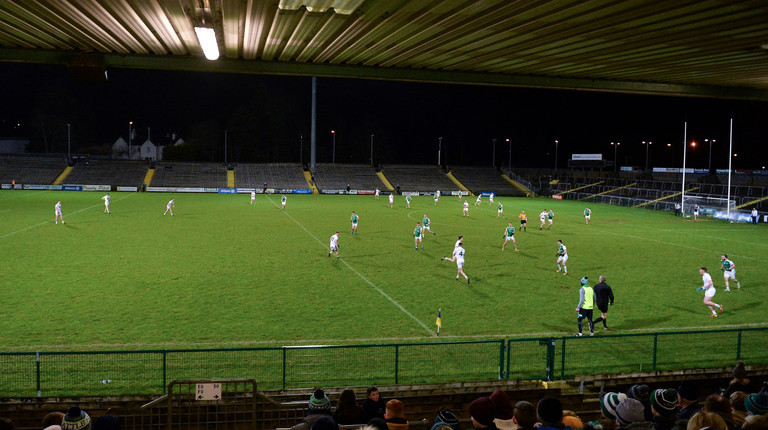 Is it fair to blame this on McGuinness? Not really. He had his methods, and they worked for his teams. It his not his fault that this has evolved into the bastardised version we have seen in recent years.

Still, it could be said that the defensive football of recent times may not have arrived without his influence.

So what if Jim McGuinness never got the Donegal job? The only thing we know for certain is that Gaelic football would be in a very different place.

See Also: 4 Of The Weirdest Media Disputes In The GAA's History

Editor's Picks Gaelic football what if