Wicklow: A County That Doesn't Know What Hurling Is 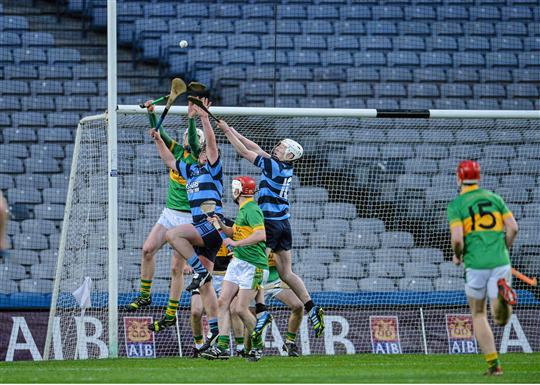 He also had words for the GAA which appointed a "football referee" to look after a hurling final.

He is a football referee by all accounts and he proved it today. I don’t be critical of referees (sic), I never do, but when you’re putting in a Wicklow referee that doesn’t know what hurling is about then that is what you get.

Wicklow as a county has been besmirched many times and has had many crosses to bear over the years. In 130 years, they have not managed to win a single provincial title. They have given us Glenroe and Sean Fitzpatrick. And they were the only county in the country to see no action (and I mean no action at all) during the War of Independence. And now when a referee from the county comes out to referee a hurling match he is accused of knowing nothing about the sport because of where he is from.

It's fair to say that Bennett, who had to watch his club side get beaten and his son get the line was in foul humour throughout the interview. Nor was he especially complimentary towards the victors on the day, Antrim side Creggan, issuing the worst libel it is possible to utter about hurlers. He called them footballers.

Their incredible, size 5 O'Neill loving ineptness with a sliotar notwithstanding, Creggan are still the All-Ireland junior hurling champions.