Wicklow GAA Seem Pretty Pissed Off With The Sunday Game 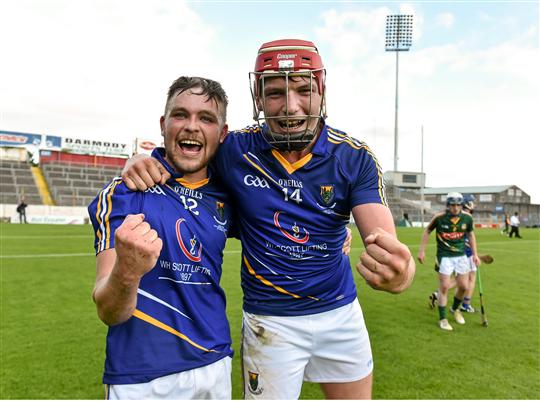 Wicklow won the All-Ireland U21 B hurling final by two points against Meath at Semple Stadium on Saturday evening. The result was a landmark one for Wicklow, bringing their first title at this level.

Come Sunday evening however, the euphoria of victory was somewhat diminished.

Despite a game which featured a total of 36 points, including four goals, there were no highlights of the match on the Sunday Game.

Totally shocked, dismayed and disgusted with RTE. @TheSundayGame hang your heads in shame . Not one mention of Wicklow U21 B All Ireland

They have since deleted two tweets directed at the Sunday Game, the first of which read:

@TheSundayGame do you know there is a county in Ireland called Wicklow ????

@TheSundayGame Why have you ignored Wicklow Under 21 B All Ireland Hurling Winners???? Do we not matter???????

Last night's show featured coverage of all the camogie action from Croke Park along with Saturday's All-Ireland U21 hurling final between Limerick and Wexford. There was also a preview of this weekend's All-Ireland football final.

It's not the first time this year that someone from within Wicklow GAA has expressed annoyance with the Sunday Game.

Back in June, following the Garden County's four point loss to Meath in the Leinster Championship, Wicklow manager Johnny Magee tweeted rather sarcastically about the coverage.

Video: One Of The Rarest Things You'll See In GAA Happened In Cavan On Sunday