Moradi was born in a refugee camp in Iraq and moved to Ireland aged 11 in 2002.

"Gone from the heat, 50 degrees in the desert, surrounded by oil fields. Then, coming to Leitrim," said Moradi.

"We were in a bus for about eight or nine hours. We went to Amman in Jordan. We were there for three nights. Flew to Frankfurt, then to Dublin, on a bus there to Leitrim, and life began there.

Moradi, one of eight brothers and two sisters, settled in Carrick-On-Shannon with his parents. He began playing Gaelic football and hurling in primary school and for the St Mary's GAA club. Though he and his family integrated well, Moradi said he did experience racism and the feeling of being an outsider.

Listening to Zak Moradi on the #TommyTiernanShow. His parents spent 22 years in refugee camps before relocating to Leitrim. Hearing him speak about how the local people welcomed them and helped them out is exactly how it should be. That is how it should be, not direct provision.

Zak Moradi some man. Kurdistan to Tallaght via Leitrim. None of them considered a traditional hurling stronghold, but Zak is hurling mad and currently driving the game in Tallaght. #TommyTiernan

Zak Moradi and his family, like many others who have made Leitrim their home, have made our communities and county a wonderfully cultured, diverse & welcoming place to live. We are lucky to have them. Isn’t this the way it should be? End direct provision! #TommyTiernanShow

Zak Moradi is so engaging and great to hear his story. Lovely interview. #TommyTiernan

A really great interview there on the #TommyTiernanShow with Zak Moradi. What an incredible story, Zak is a wonderful character.

Also, very proud of how he describes his experience with hurling, that's what the #GAAFamily all about. Fair play Zak and Tommy 👏🏻👏🏻👏🏻

"Life was never the same for my parents," he said.

"Ireland is my country. I was brought up here. But my parents, their heads were always at home with their families. My dad didn't see his dad from 1990 to 2010."

Moradi's father died in 2013 while returning from seeing his parents in Iran. By that point, the family had moved to Tallaght.

"There were Kurds that came before us and a few of the brothers started college in Dublin," said Moradi.

"My parents were like, 'We're not letting this family divide. We lost all our relations'. My mam has sisters in Sweden, Denmark, brothers in Norway, a brother in England. My father has family in Australia, New Zealand. He was like, 'You know what, we're going to keep our family together'."

Moradi now plays hurling for the Thomas Davis club in Tallaght and coaches kids. He was part of the Leitrim team which won the Lory Meagher Cup in 2019 but his inter-county career may be coming to a close.

"I work about 60 hours a week in a pharmaceutical [company] and I'm after buying my own place, so life is good. All the jobs I got were through the GAA," he said.

You can watch the full interview on the RTÉ Player.

Quiz: Match The County Football Star To Their Club 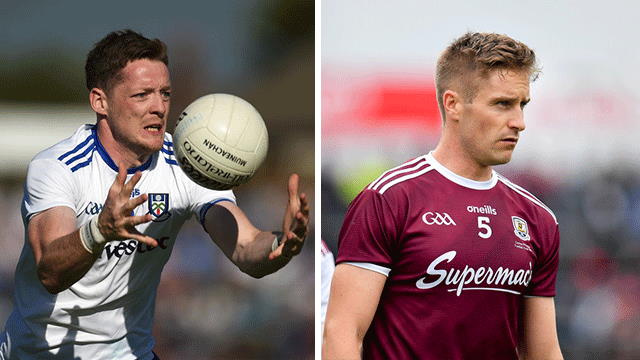 GAA
21 hours ago
By PJ Browne
GAA On TV: Six Live Football And Hurling Games To Watch This Weekend
GAA
1 day ago
By Michael Mulkerrins
The Children Of Joe - Joe Canning's Legacy Goes Far Beyond Medals And Awards
GAA
2 days ago
By Michael McCarthy
Remembering That Joe Canning Semi-Final Of 2017
Previous Next