Peter Canavan gave his reflections on Tyrone's All-Ireland win almost a week removed from the final.

The Errigal Ciarán clubman is no stranger to an All-Ireland championship, having won two himself back in 2003 and 2005.

In a column on Sky Sports, the former sharpshooter spoke about what it was like to witness his son, Darragh, lift the Sam Maguire cup.

"To have one of your own family members on the panel, it makes the victory extra special as well."

"I'm immensely proud to be a Tyrone man, and to see the country represented in that manner was superb."

Darragh Canavan came back from an ankle injury over the summer to feature in Tyrone's championship winning run.

He was used as an impact substitute in the final, having kicked an important score for the Red Hands down the stretch.

Speaking on the Throw-In GAA Podcast before the final, Peter said he doesn't have much of an influence over his son.

"I certainly wouldn't be one for bombarding him with information, far from it. He's very like his mother, he doesn't listen to much that I say so it doesn't really matter!"

"When the boys are out on the pitch they have to get on with it. You can shout and roar and encourage all you want. But in terms of having a real important input, not at all."

Peter was posed the question in his column on whether it was more nervous for him playing in an All-Ireland final than watching from the stands as a father.

"I would say after 10 or 15 minutes, while there is a nervousness about whether or not they would win it, I was confident in that they appeared to have got to grips with Mayo," he said.

"I would say the semi-final was more a nerve-wracking game from a Tyrone point of view. I was probably more tense for the semi-final than I was for the final."

Canavan spoke about how special it was not only to witness the family members in Darragh and Peter Harte win it all, but also the management team.

"The two men that are in charge are both close to me. What they have done on and off the pitch has been central to my career, so to see them taking this group to winning All-Ireland - it is fantastic, it's unreal."

Will it be the start of a new Tyrone dynasty? Canavan thinks they serve underdog status yet again.

"The challenge will be to do something that has never been done by any Tyrone team, and that's to try and achieve back-to-back All-Irelands," he said.

"So that will be the goal in time, but at the minute, they have earned the right to savour the victory and enjoy it." 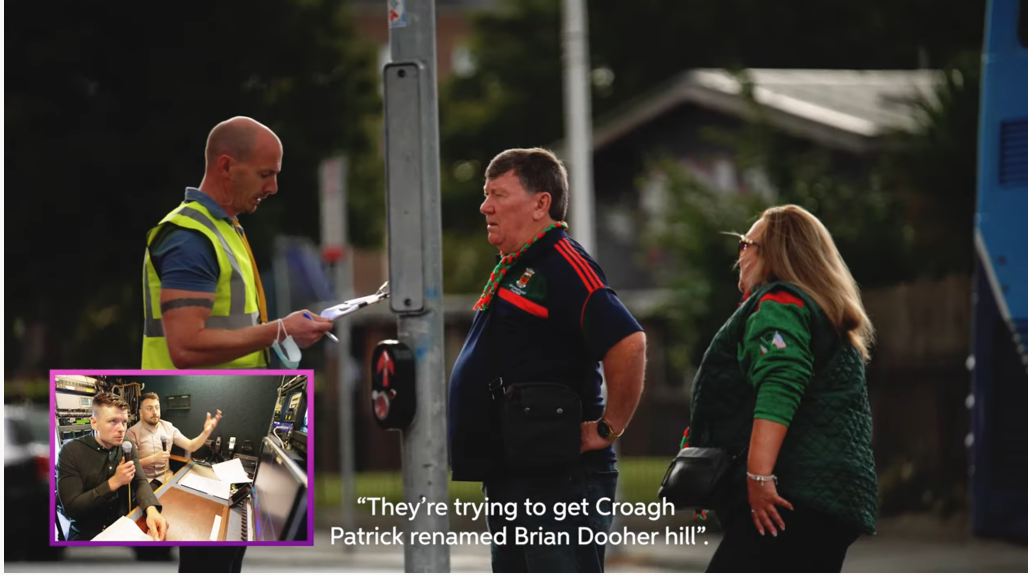 GAA
7 months ago
By Jonathan Byrne
Emma Duggan Caps Off Memorable September With Player Of The Month Award
Popular on Balls
Rugby
2 days ago
By Colman Stanley
'That Pace, That Intensity, That Organisation' All Black Legend Has High Praise For Leinster
GAA
2 days ago
By PJ Browne
Cusack Has Little Sympathy For Gearoid Hegarty After Red Card
Football
11 hours ago
By Colman Stanley
Wagatha Christie Trial Sheds New Light On England's Euro 2016 Disaster
GAA
17 hours ago
By PJ Browne
GAA President Explains Why Tailteann Cup Won't Be All-Ireland Curtain Raiser