'This Team Has High Expectations' - Meath Knew Breakthrough Was Close

For the past 10 days, people have been asking Meath players the same question: Did they think they'd do so well this season? The answer is, yes.

Earlier this month - only seven months after beating Westmeath in the All-Ireland Intermediate Championship final - the Meath ladies footballers defeated Armagh in the senior quarter-final to set up this weekend's last-four game with Cork.

"At the very start of the year, our main focus was to retain senior status for 2022," says Emma Duggan, the PwC GPA Player of the Month in football for July.

"In the back of our minds, we knew that this point was well-within grasp. This team has really high expectations. What needed to do this year was be consistent. I think we've got that so far.

"This team has been on a journey. It was third time lucky getting up from intermediate. It took us a while to get up from Division 3 and then Division 2.

"We've had a lot of heartbreak, and tough games. You see that to get to the top, you have to have high standards. We learnt a few tough lessons over the years, and that's why we're at this point now. It's built character.

"When you realise you're a step behind the top teams, that's when you realise that if you want to put an end to this heartbreak, and finally get over the line on the big days, you have to take your game to the next level.

"That year, after the 2019 [intermediate] final [defeat to Tipperary], everyone put in so much work pre-season. During lockdown last year, everyone came back in unbelievable shape. Credit to players and management for staying patient throughout that time. We came back and were really hungry to get over that line.

"We had a new S&C coach, Eugene Ivers, come into us last year. He's been unbelievable. He's gotten us into terrific shape. He probably had a tough year coming in with lockdown where he couldn't see us face-to-face.

"In terms of gym programmes, that was definitely something that we needed to work on. We all came in and were a little bit light, then we were meeting teams like Cavan and Armagh, and were getting thrown around the place.

"We needed to up our game in that sense. He was absolutely brilliant. Girls have improved so much. Numbers in the gym have gone flying up." 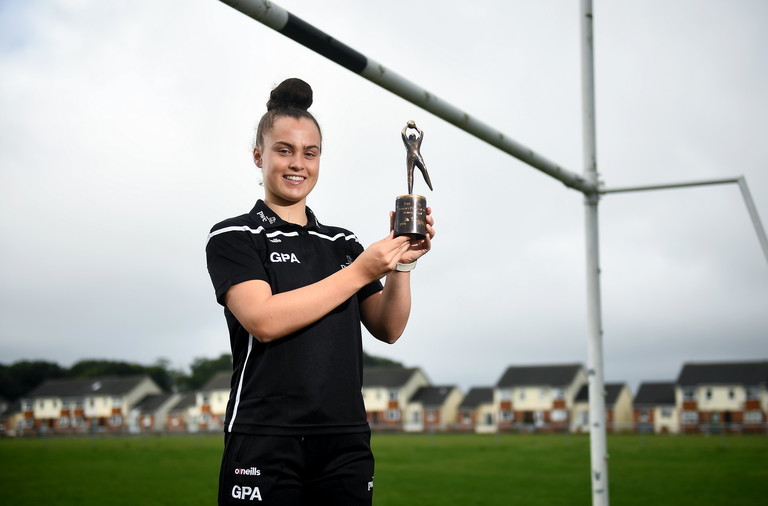 10 August 2021; Emma Duggan of Meath with her PwC GPA Player of the Month award in football for July at her home club St Peter's GAA in Dunboyne, Meath. Photo by David Fitzgerald/Sportsfile

Due to the postponement of the men's football semi-final between Kerry and Tyrone, Meath's clash with Cork got a promotion from Tuam to Croke Park, and was moved back a day to August 15th. For Meath, bar one training session being switched, the disruption has been minimal.

"Any day you get to play in Croke Park, you're not going to argue too much about that," says Duggan.

"It suits us fine. Croke Park is nice and big which we like. I think we'll adapt well enough."

Duggan, still just 18 - she did her Leaving Cert in June - joined the Meath panel in 2019. Many members have been on a journey more arduous than her to reach this point. Six years ago, Meath lost to Cork by 40 points in a qualifier. During the group stage of the year's championship, the margin between the two sides was just two points.

"That was first day out, there were possibly nerves," says Duggan.

"I don't think we went at them as well as we could have. We probably more reserved, and feared them on the break. We definitely didn't perform like we know that we could have.

"What we need to bring to the game on Sunday is to just play our game. It's got us to this point. We need to really go at them, and have no regrets.

"The most important thing for us is that the people within the camp believe; players and management believed we could get to this point, believed we could get over Armagh. When the final whistle blew, there was probably relief and a lot of different emotions. That was the result we wanted, and anything else, we would have been disappointed.

"Bringing that result into training, everyone is absolutely buzzing. Against Cork, we are going to have to bring a little bit something extra again. We know that, but we are capable of that." 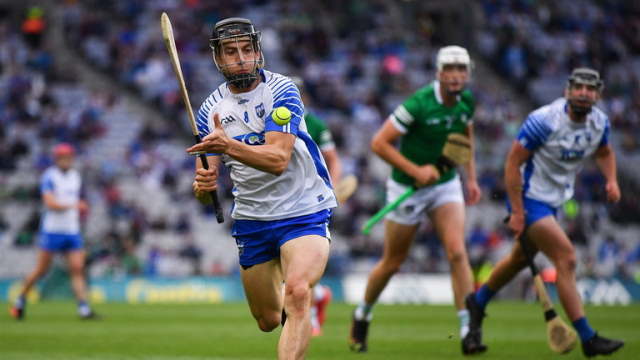