If you owned a Playstation in the late 90s, chances are you played Jonah Lomu Rugby. Also available on PC and Sega Saturn, this 'Codemasters' published and 'Rage' developed game defined sports gaming for many at the turn of the century. Without a doubt the best rugby game ever made, here are 11 reasons why Jonah Lomu Rugby could be called the best sports game of all time. 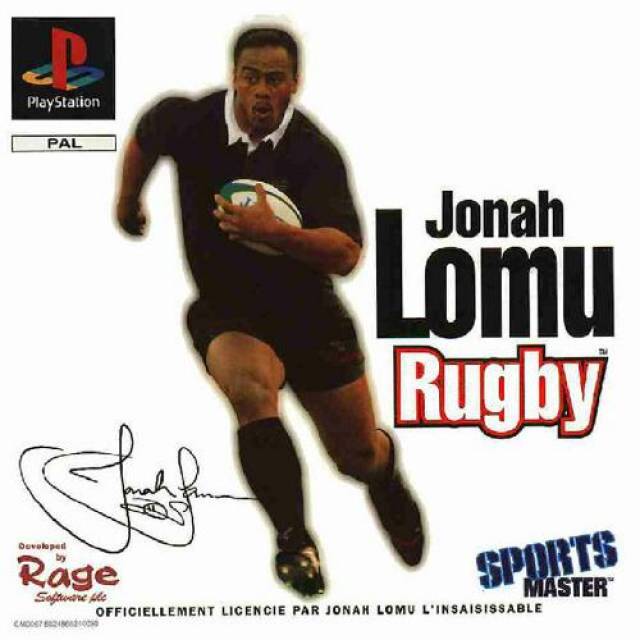 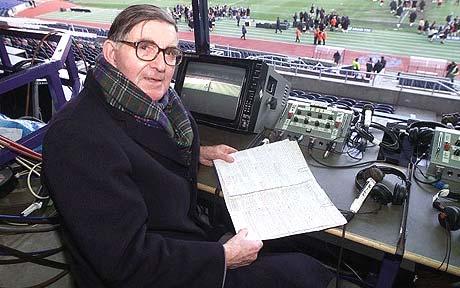 Anybody who ever played Jonah Lomu Rugby's first memory of the game is almost certainly going to be a line from the game's brilliant commentary track. The late great Bill McClaren was joined by Bill Beaumont and together they provided some of the funniest and most random pearls of wisdom for you to enjoy while playing. Lines such as:

"Goodness me! That hit almost put him in ward 4!" -"Hope not Bill, thats a maternity ward."

Will forever live in the memory of anyone lucky enough to play this brilliant game. Then you have the enthusiastic shouts of player names such as "Zinzan Brooke!" and "Joost van der Westhuizen!" any time they touched the ball. Amazing.

The control scheme for JLR was inspired. Using the L1 button to pass left and R1 button to pass right may seem like a relatively simple decision, but keep in mind that this was in 1997 when the shoulder buttons were still relatively new. The constant on-screen control advice for things like rucks and scrums made what could have been a very complicated game very simple, and lead to a very easy pick-up-and-play experience for new players which no doubt made the game more enjoyable for everyone.

Jonah Lomu Rugby just worked. It wasn't the perfect game, nor a really accurate rugby simulation, but it kept you hooked for hours on end. The passing system, the tackling, the different types of kicks available, the scrums and line-outs, they all worked so well and provided a really fun-filled platform to waste an entire day. For all the gimmicky quirks and funny features, JLR was a damn fine game at the end of the day.

Remember the mental Maori intro video? Of course you do. The oh so typical PS1 flapping flag graphic overlaying clips of Jonah beating people up spliced with a scary Maori man pulling hilarious faces. What a way to start a game.

After zig-zagging your way up the pitch and tossing several risky passes on your way to the ultimate try, you then faced the difficult part of the game, the kicking. Either out of hand of at the posts, kicking in JLR was an art to be mastered. Time was of the essence, as a yellow arrow flashed on screen for what felt like a micro-second in which time you had to determine the power and accuracy of the kick. And don't even get me started on the wind!

6. The players at your disposal.

Some properly brilliant players were available for use in Jonah Lomu Rugby, as it's release in 1997 allowed for the inclusion of some the sport's most iconic personalities. Even if the "No All-Blacks rule" was in place, players like Michael Lynagh, Brian Lima, Mike Catt, Rory Underwood, Nick Poppelwell, Eric Elwood, Conor O'Shea, Andre Joubert, Os du Randt, and Joost van der Westhuizen were all devastating in the right hands. And check out the half excellent/half crap Ireland team that was playable: 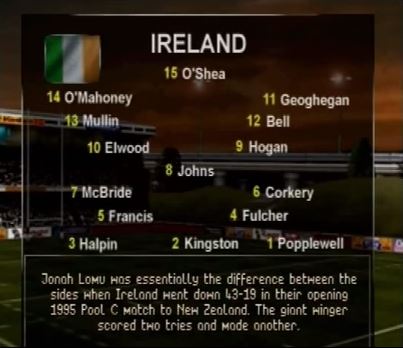 7. The inclusion of some bizarre countries.

All the big teams from the Five Nations, the Tri Nations, and the World Cup were there, but Codemasters/Rage decided they wanted to put damn near every country that a rugby ball had ever bounced in a chance at glory in Jonah Lomu Rugby, and as a result we had the likes of Chinese Taipei, Germany, Hong Kong, Malaysia, Netherlands, Singapore, Sri Lanka, Thailand, and Zimbabwe. Why? We will never know, but it was good craic beating your mate who was crap at the game with Chinese Taipei.

A scenario mode was standard for many sports games of the time, but Jonah Lomu Rugby's challenge mode was just that, a challenge. This mode featured some of the best matches in rugby history such as New Zealand vs South Africa '95, Austrailia vs Ireland '91, South Africa vs France '95, and of course, Japan vs New Zealand '95 as the last challenge, where you had 20 mins to overturn a 21 point deficit against the All Blacks with Japan, leading to multiple broken controllers. Watch brave youtuber mdjcsmith attempt the impossible here:

In many households where a Playstation and a copy of JLR was present, there was also the presence of the "No all-backs" rule, and the main reason was because Jonah Lomu, understandably, was impossible to stop. By holding down L2+R2, you could perform the "fend" animation with most players to attempt a hand-off, but with Lomu, this was essentially the try button, and the giant Kiwi would simply truck his way though anything, even full packs of forwards. While a bit of a gameplay flaw, it was hilarious to watch.

An unlockable team in the game, the "Team Lomu" squad of Jonah Lomu at positions one to fifteen was every JLR player's worst nightmare, unless they also picked Team Lomu, which you had to do to compete. Some of the funniest moments of gameplay occurred with 30 Lomu's on the pitch, a truly great easter egg from Codemasters. Now why won't EA Sports give us a team of Gary Breens?

11. The fact that such a great game was made for an amateur sport. 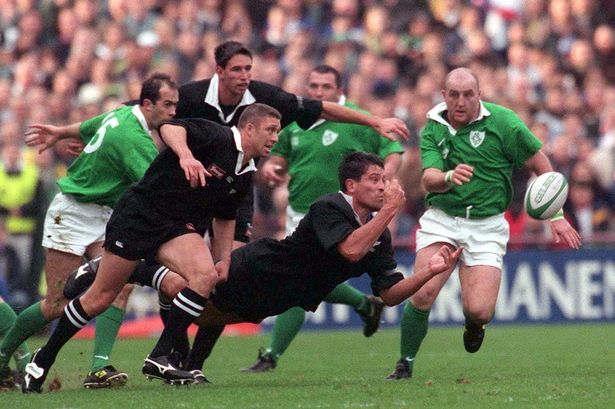 It may seem funny to think that rugby was still an amateur sport up until 1995 when Jonah Lomu Rugby began its development, as such a successful game coming from a non-professional sport would be completely unheard of in modern gaming. The team of Codemasters and Rage did a fantastic job in getting a game to market that would have been totally overlooked in the US and Japan, Sony's two biggest markets. Considering how difficult it seems to be to put out an enjoyable rugby game in the modern age, Jonah Lomu Rugby must be commended for being so good when the sport wasn't even fully professional.

Jonah Lomu Rugby, the best sports game ever made.

Football
3 months ago
By Balls Team
14 Reasons Why FIFA 98: Road To The World Cup Was The Best Game Ever
Gaming
4 months ago
By Balls Team
8 Reasons Why 'This Is Football' Was The Unsung Hero Of Football Games
Gaming
8 months ago
By Jonathan Byrne
Here's All The Top Sports Games Out At The End Of 2021
Popular on Balls
Motorsport
1 day ago
By Eoin Harrington
F1: New Team Radio Clips Show Sergio Perez Frustration With Team Orders In Barcelona
GAA
3 days ago
By PJ Browne
Controversy In All-Ireland U20 Hurling Final Over Dubious Crucial Point
GAA
3 days ago
By PJ Browne
Mullane Says Cahill Won't Like Waterford Dressing Room Leaks
Football
3 days ago
By PJ Browne
McGeady Story Shows How Much Strachan 'Didn't Like Him' At Celtic