With the release of Football Manager 2020 early next month, we thought it would be a good time to take a step back an look at the game as a whole as well as its impact on our lives.

Football Manager is closer to the genuine football experience than any other game out there, and you reach a point where the lines between your living room at the dugout at Stamford Bridge start to blur.

Only when you've been in that place, where you stay awake at night wondering if Sami Khedira is going to accept the wages you've offered him to come in on a free, wondering if you were too harsh on that regen and you're going to need to start him for the next six weeks to get his morale back up... Only then can you truly understand.

What it feels like to have a deep-rooted affection for a club you've never had any sort of connection to.

We've even reported on the time an Italian football fan flew all the way to Derry to meet his favourite ever FM player:

from livorno (italy) to derry (northern ireland) for an autograph. he said that i'm crazy #wearethemanagers pic.twitter.com/rRhmAl3e1B

How after 1am, hours pass in roughly 6-8 minutes.

1am: Decide to fiddle about with individual training. All of a sudden...

How it feels to watch a young player you've nourished in virtual form flourish into a star in real life.

I can't help but feel partly responsible every time Gylfi Sigurdsson curls in a free-kick for Swansea as I helped mould him as a 17 year old at Reading in FM 07.

Why Éder Álvarez Balanta is the next big thing. 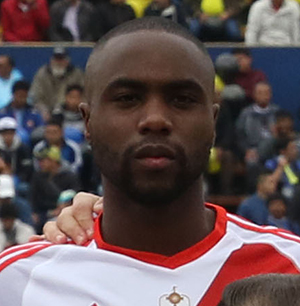 Using public transport to critically dissect and analyse your philosophy and general approach to football. 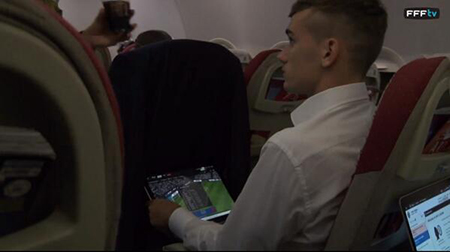 The tranquility and solitude is the best place to really contemplate a switch to the 4-1-2-1-2. Planes work even better, as Antoine Griezmann clearly knows above.

Why it's unacceptable for a midfielder to wear #2.

? | His shirt's up in the dressing room, but will it be a debut for @SchneiderlinMo4 this afternoon? Team news at 12.30pm. #AllForOne pic.twitter.com/rTytT6YuPA

Squad number allocation is an important part of keeping the traditions of the game alive. It's not right Morgan, although you've got some way to go before you reach William Gallas wearing #10 at Arsenal levels.

That if you don't buy a ticket, you'll never win the raffle.

Even when it's a prayer rather than in expectation, if you don't ask you'll never know.

Why it's so frustrating that Portsmouth can't get it together. 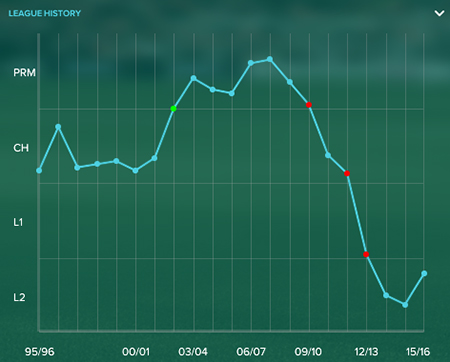 I've taken those loveable seasiders back to the Premier League so many times it's incredible somebody hasn't realised you just need to get Papa Bouba Diop back as a fitness coach and terrify those misfits into bleeding for the shirt.

Why we can say 'Loading' in a number different languages.

"Lucas Vázquez is also in discussions with Fiorentina, and 37 other clubs."

Exactly why Brendan Rodgers talks about Luis Suarez the way he does.

Luis Suarez is one of the most beautiful men you could come across.

Very humble guy, who works tirelessly at his profession. He is super-professional, a family man who gives everything for his life as a footballer and his family.

I had the pleasure of working with him for two years and he was incredible and as a footballer, he is the best in the world.

The struggle that is obtaining a work visa for a young Brazilian entering the UK.

Unless he's been capped at least 20 times it looks like he's off for a few years in Belgium.

The difference that telling a team you want to see more from them in the second half can make.

Al Pachino wasted everyone's time, just put a bit of passion behind that statement and you're golden.

Why the Bosman rule is the most important thing in all of football. 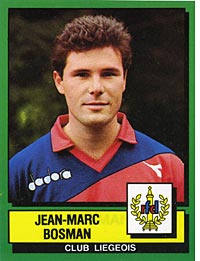 January 1st is open season, and let's be honest, we're just hitting the space bar to get to day we get finally click 'Approach To Sign'.

Football
15 hours ago
By Michael McCarthy
Confirmed: Mick McCarthy Is Gone, Stephen Kenny Is The Republic Of Ireland Manager
78