Football Manager 2020 has been out for a few weeks now, with some people already decades deep on their adventures with their chosen teams.

As the personal stories, of which there are loads, pile up, more and more people are discovering a new class of wonderkids. It remains to be seen if these players will have the real life careers of Lionel Messi and Sergio Aguero, or if they'll be earmarked as Football Manager cult heroes like Cherno Samba and Tonton Zola Moukoko.

Either way, here are 20 wonderkids that you need to know about in Football Manager 2020. 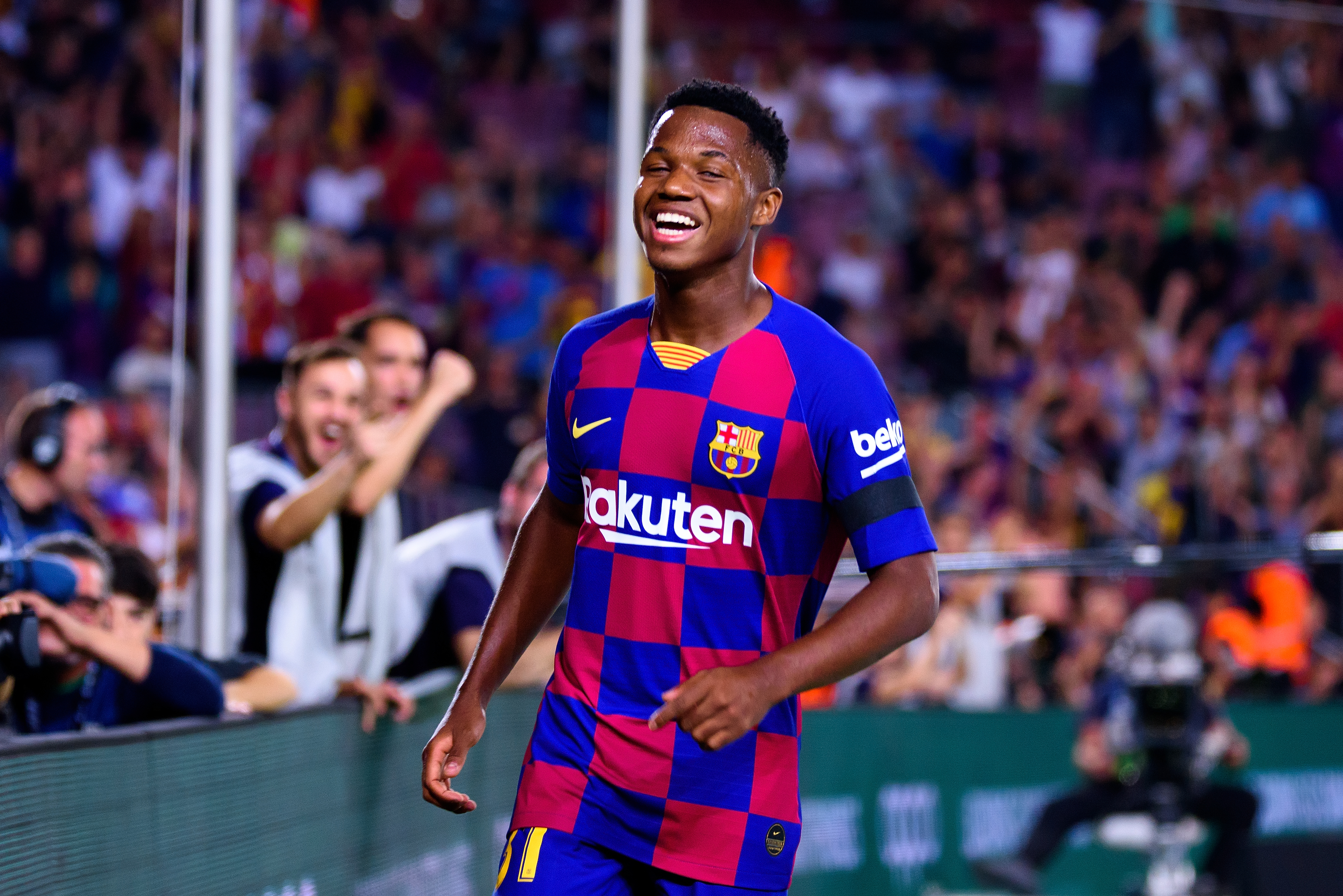 At just 17 years of age, Ansu Fati has already made his mark in the Barcelona first-team. The winger, born in Guinea-Bissau, made his first-team debut in August against Real Betis, with Fati becoming the third-youngest goalscorer in La Liga history when he scored against Osasuna.

In game, Fati has superstar potential. The Spain U21 international starts off the game with three-star ability and a value of €977k which, considering his five-star potential, is an absolute bargain.

Myron Boadu is already a Dutch international, making his debut for the Netherlands in their 5-0 win over Estonia, scoring the final goal. It seems as though the 18 year-old is destined for stardom, earmarked as a star man for AZ Alkmaar despite having only made around 30 first-team appearances.

Boadu has an immediate value of €5.1m, with the hitman having a three-star ability and four-and-a-half-star potential. He'll be the number nine of your dreams, if you're able to get him early.

This is one off the beaten track, though all the best wonderkids come from strange and unusual places. The disappointing thing about UD Las Palmas' 17 year-old starlet Pedri is that he's already agreed a deal to join Barcelona. The Catalans paid €5m for the attacking midfielder's services, and it's not hard to see why. Pedri only made his first-team debut in August, yet has already bagged three goals in just ten games.

Football Manager have also seen the potential in the playmaker, giving him a four-and-a-half-star potential. His current ability is only two-and-a-half-stars, which means his value is only €666k, meaning that there's a bargain to be had. 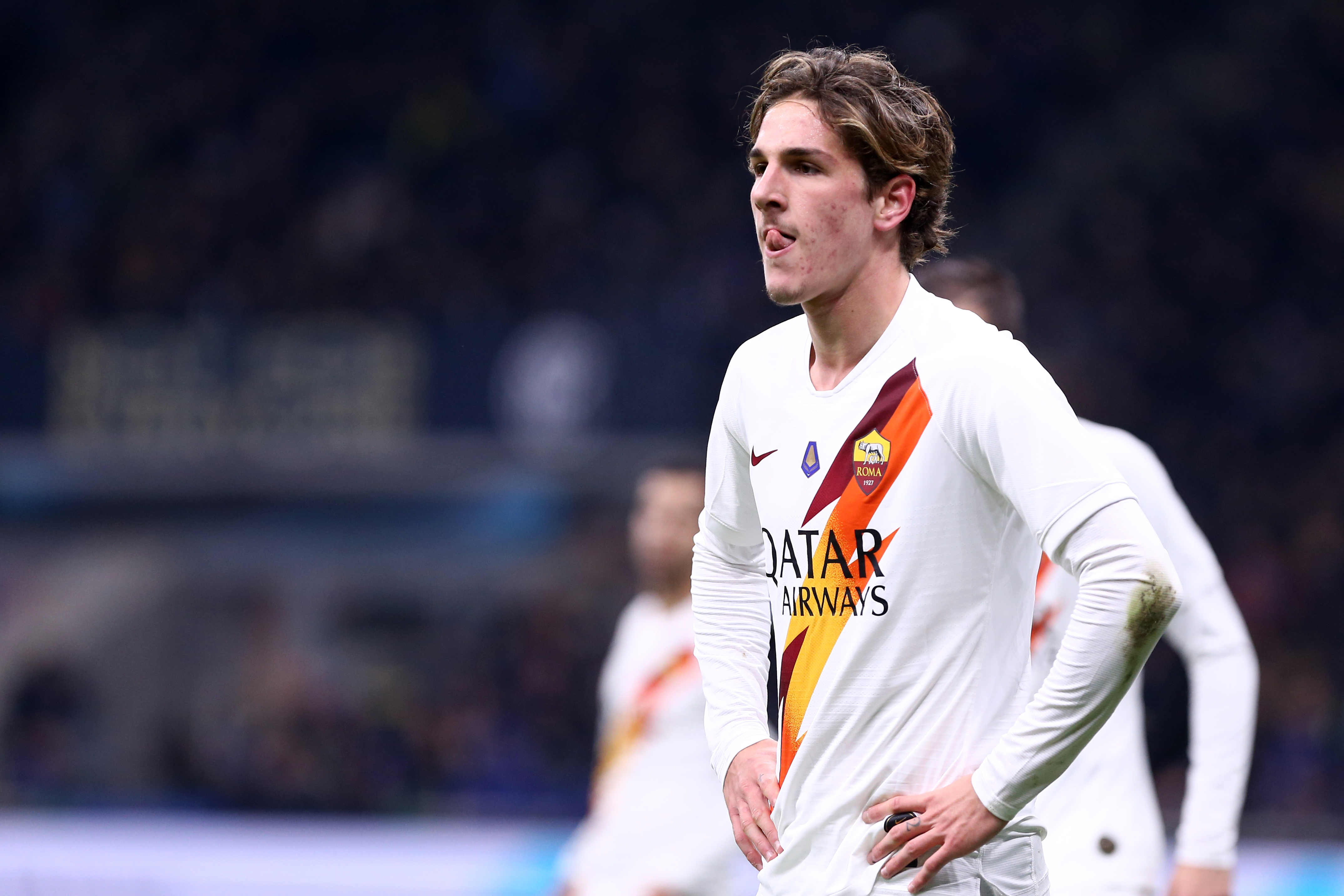 Here's a young lad that you should know about already. Nicolo Zaniolo has made over 50 appearances for Roma by the tender age of 20. The midfielder has been the subject of transfer interest from the likes of Manchester United and Tottenham Hotspur, having only moved to Roma as a make-weight in Inter Milan's move for Radja Nainggolan. Zaniolo already has five caps for Italy under his belt.

His current ability and value is reflected in his first-team role at Roma, likewise with the midfielder's potential growth. The Italian will set you back €21.4m at least, though you'll get a ready-made Champions League midfielder with the potential to grow in to one of the world's best.

A winger that can play off either flank, Diego Lainez joined Real Betis from America in January 2019. At that stage of his career, the then 18 year-olf had already made his Mexico debut. Lainez has found the going tough in his first full season in La Liga, making only one start so far this season.

However, there are now such worries about Lainez's abilities in-game. The winger starts with three-star ability, and his a potential growth of four-and-a-half-stars. That's enough to get him the top tier of wingers, should he grow correctly.

Of course, the conveyor-belt of Belgian footballers just keeps throwing out brilliant diminutive midfielders with a creative edge. Yari Verschaeren is just 18 years of age and yet has cemented himself as a first-team regular for Anderlecht and has already made his Belgium debut, scoring in a win over San Marino.

Verschaeren has an in-game value of €6.6m, an awful lot less thann the near €16m that Southampton reportedly offered for his services in September of this year. The Saints may know that the playmaker has the potential for superstardom in-game. He's not too shabby in real-life either.

I can't believe it's taken us this long before we reached an Ajax player. Ünüvar is a 16 year-old winger that has yet to make his first-team debut for Ajax yet. That shouldn't deter anyone from buying the young lad, though. Ünüvar is one of the cheapest wonderkids on the market, with a value of around €200k. Considering he could end up being one of Europe's best wingers, that's an absolute bargain. 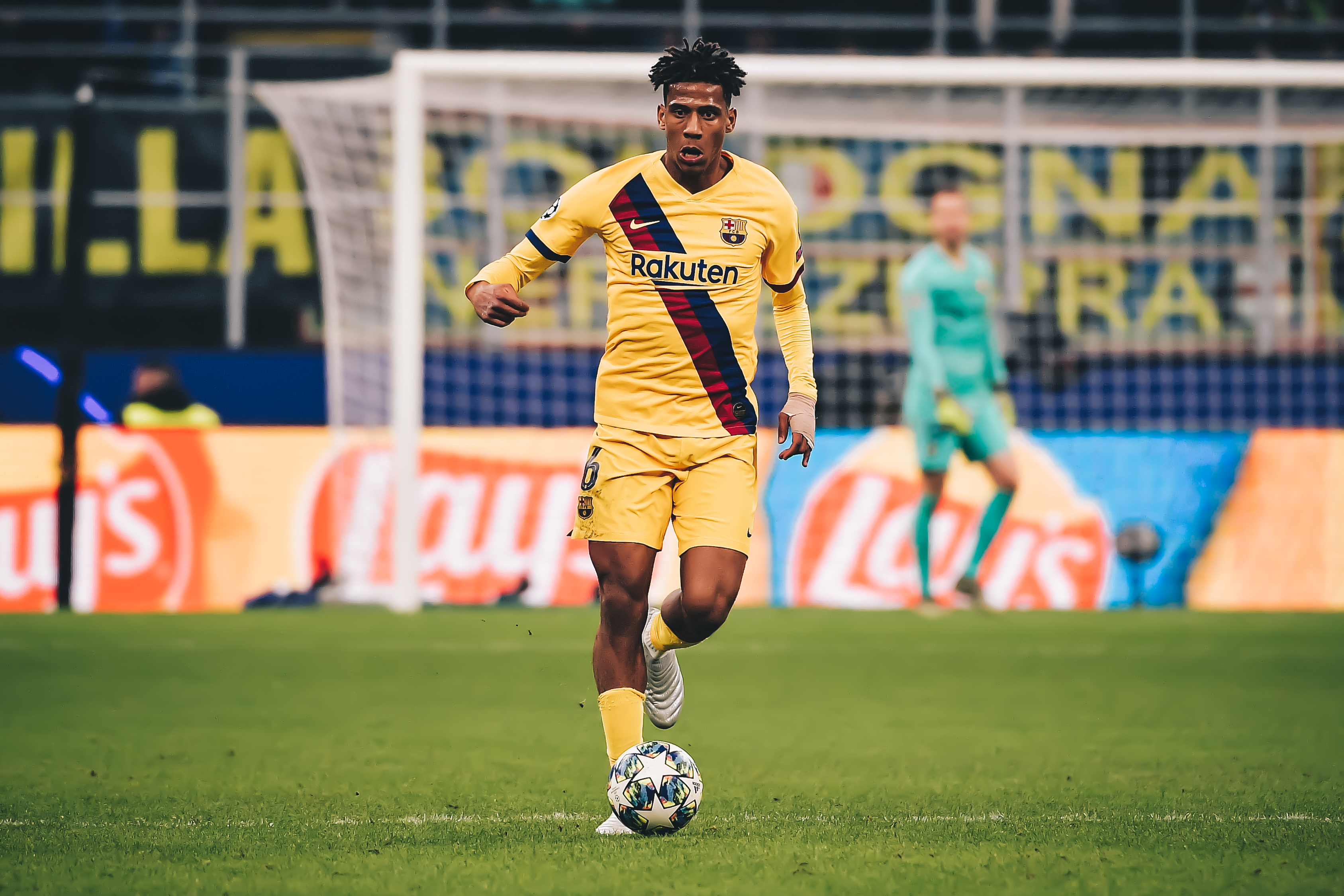 Another relatively big-name player in the context of wonderkids, Jean-Clair Todibo was swiftly snapped up by Barcelona following a stellar start to his professional career at Toulouse. The fact that the Catalans agreed a free transfer with the centre-half is proof enough to warrant giving Barca's scouting staff a raise.

Todibo, alongside the aforementioned Fati, has the potential to be one of the world's best players in-game. The French U20 international is valued at around €6.3m, which simply put, is an absolute steal.

Rodrygo is already showcasing world-class potential at a Champions League level for Real Madrid, having moved from Santos for a fee of around €45m. His real-life value and stardom is reflected in-game, so you'll need the backing on a billionaire sugar daddy in order to buy the Brazilian international.

That being said, if you can afford him, don't hesitate to buy him. The winger will probably win a few Ballon D'Ors in-game.

At just 16 years and one month, Eduardo Camavinga became the youngest player in Rennes history. Since that, the midfielder has become a first-team regular, despite having yet to reach his 18th birthday.

He's valued at around €6m, probably solely down to his first-team exploits. Camavinga does have the potential to become one of European football's best midfield destroyers, both in-game and real-life. 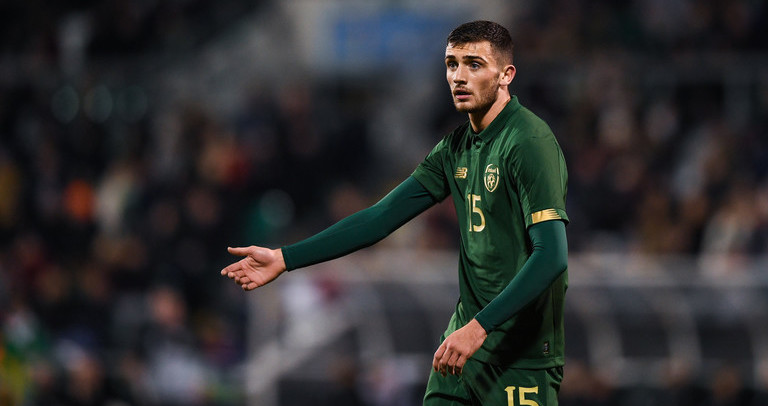 We had to include him. What else can we say about Troy Parrott, the 17 year-old with the eyes of Ireland on him. The attacking prodigy has made his Spurs first-team debut this season, alongside his Ireland debut, and has just made his Premier League debut. Parrott's also on the radar of some of Europe's biggest clubs, including Juventus and Bayern Munich.

In-game, Parrott's valued at around €1m, with a current ability of just two-and-a-half-stars. His potential ability, on the other hand, should see the Dubliner grow exponentially.

You have to love a lad named Hannibal. The French teenager with the big hair is one of United's most-prized assets, having been signed from Monaco in the summer for €9m. The midfielder's in-game value of €420k doesn't reflect how highly he's thought of.

If you can wrestle the midfielder for anything under his real-life evaluation, you'll be onto a winner. Mejbri looks like he'll be a world-beater.

Here's another player that's slightly off-kilter, a personal favourite. Vignato made his Chievo Verona debut at the age of just 16 back in 2017, and has been around the first-team ever since. His side's relegation from Serie A last season means that there's more scope for first-team football in Italy's second tier for the playmaker.

The Italian U18 international is valued at around £715k at the start of the game. Considering his playmaking credentials and four-and-a-half star potential, that represents an absolute steal. 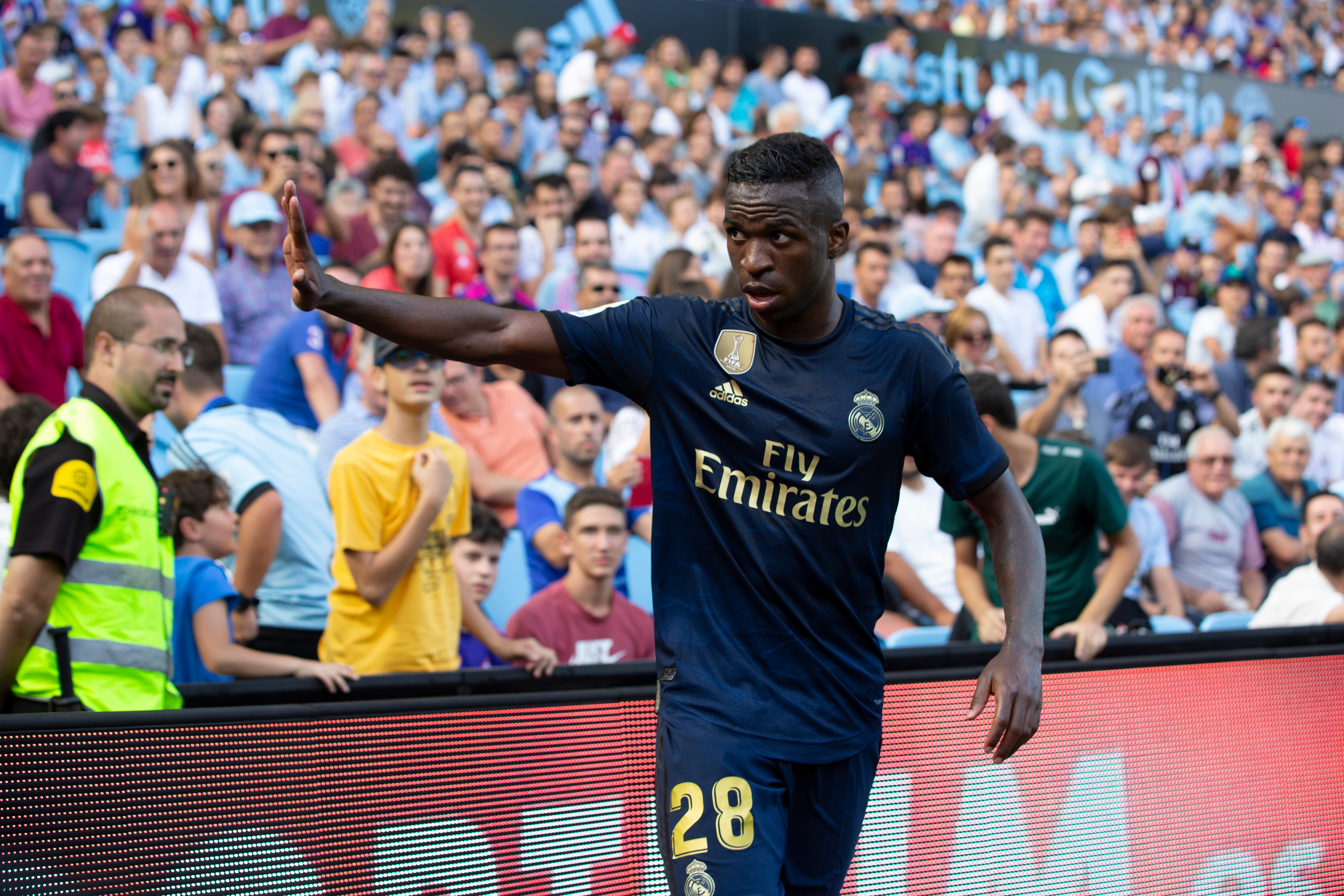 This lad shouldn't count, but we'd be foolish to not consider him a wonderkid. Vinicius Junior is already seen as the future of Real Madrid. Signed for €46m in 2018, the Brazilian winger became the first Real Madrid player to be born in the year 2000 when he made his debut against Atletico Madrid. He's already made nearly 50 first-team appearances before the age of 20.

His real-life value and stature is reflected in Football Manager 2020. A value of around €26.3m belies the winger's potential as a future Ballon D'Or winner. If you can somehow convince Real Madrid to part ways with him, you're onto a winner here.

The youngest player on the list. At the beginning of your save, Lyon's Rayan Cherki is just 15 years-old. Cherki's already made his first-team debut for Lyon, coming on against Dijon in October 2019. The young striker had a stellar record at reserve level, despite only playing for Lyon II from the tail end of last season.

Due to his age, his value is merely £202k, though his potential is rightfully marked at four-and-a-half stars. It's hard to see Lyon wanting to give him up, but you can always try.

Lovely, another player from off the well-trodden track. A young Argentinian forward that is plying his trade in the SAF can illicit memories of Sergio Aguero before his European adventure. Almada has already been earmarked by The Guardian as one of the 60 best youngsters in the world, with Almada harbouring interest from the likes of Manchester City.

Almada's another player with four-and-a-half star potential, with a value of €2.3m representing an absolute steal.

Riccardi isn't anywhere near his teammate Nicolo Zaniolo's stature, with his value reflected in that. Riccardi's value of €583k shows how raw he is at the start of the game. However, if shown the right amount of love, he should grow into a consistent Italian international. 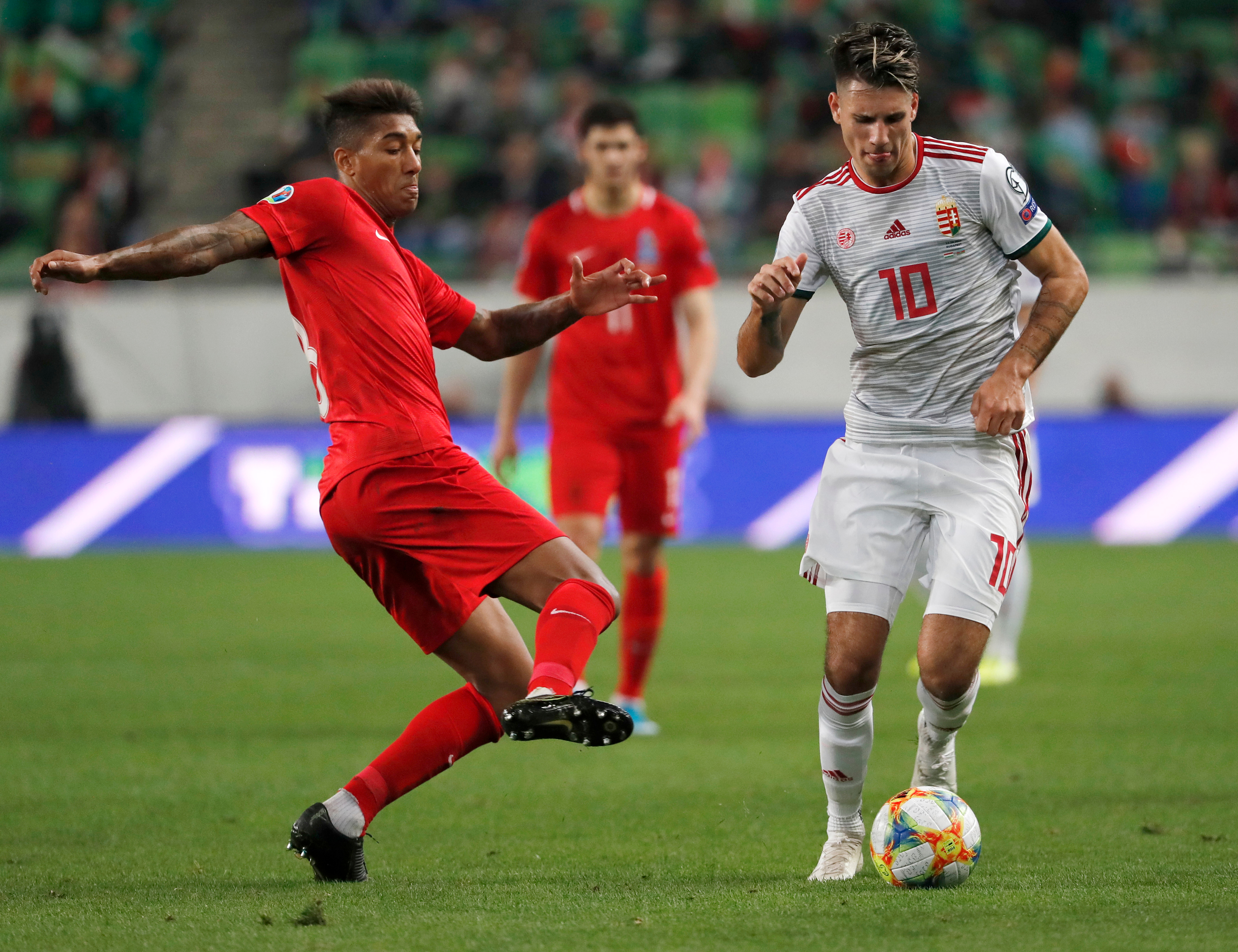 You may be surprised to see a Red Bull Salzburg player that isn't Erling Haaland on this list, but Dominik Szoboszlai just gets the nod ahead of him. The Hungarian midfielder has been a first-team regular since he was 16 years-old, firstly for Liefering and then for Salzburg. He was even called up by Hungary as a 16 year-old, though he only got his first cap at 18.

Szoboszlai is valued at €11.8m, which gets you a player with three star ability from the jump. Couple that with his potential ability of four-and-a-half stars, and Szoboszlai could be the man to satiate your future playmaking needs.

Again, we couldn't do this list without including more than one Ajax player. Ryan Gravenberch is the youngest player to play for the Ajax first-team, beating a record held by Clarence Seedorf. He's since reverted back to Ajax's reserve side, Jong Ajax, but his talent is there for all to see. In 2018, he won the Abdelhak Nouri award for Ajax's 'Talent of the Future'.

Gravenberch has the potential to be one of the game's best players, his potential only exceeded by likes of Vinicius Junior, Gianluigi Donnarumma and former Ajax teammate, Matthijs de Ligt. Gravenberch is only valued at €1.1m, yet another potential bargain from Europe's foremost football academy.

This list wouldn't be complete without unearthing an attacking gem plying their trade at FC Porto. The man in question, Fabio Silva. Silva became the youngest player in Porto's history when he came on against Gil Vicente in August 2019, and has already scored his first league goal for the club. The attacker has pedigree too, his father Jorge won the league with Boavista in 2001.

Silva starts the game with a value of €1.6m. Although it's hard to know whether he'll be Pauleta or Helder Postiga, Cristiano Ronaldo or Hugo Almeida, but that represents an absolute bargain.