FIFA 19 is proving to be a massive hit, with gaming fans all over the world loving the new features on this year's title. People are now starting to assemble their Ultimate Teams, and are on the lookout for some quality players at a price that won't break the bank. The Italian league is home to a number of such players, but who are the best FIFA 19 Serie A Ultimate Team Bargains? Scroll ahead to find out. 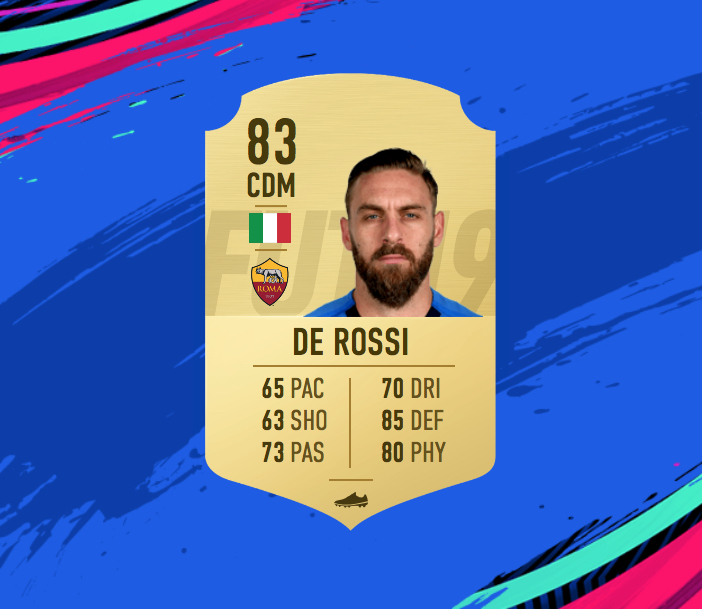 Danielle De Rossi has been a steady presence for Roma since the turn of the millennium, and his card in FIFA 19 is excellent for someone who recently turned 35 years old.

While his stats are not spectacular, he will certainly provide you with some solidity in the defensive midfield role. He should set you back around 2,000 coins, which is very reasonable for an 83 OVR player. 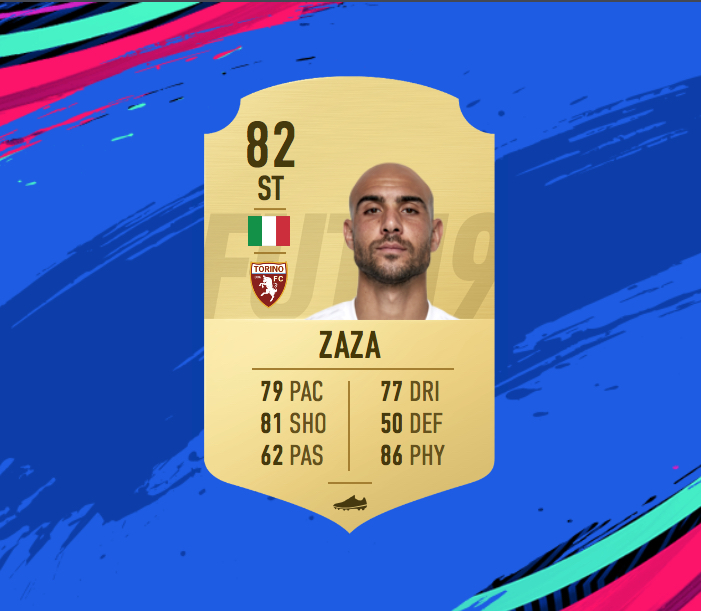 Simone Zaza may be best known for his horrific penalty in the Euro 2016 shootout against Germany, but he quietly had a solid season for Valencia last term.

Now on loan at Torino, he is a decent option to have up front on your Serie A Ultimate Team. He is a very physical striker, and his pace is not too bad. He is a competent finisher, and a bargain at 1,200 coins. 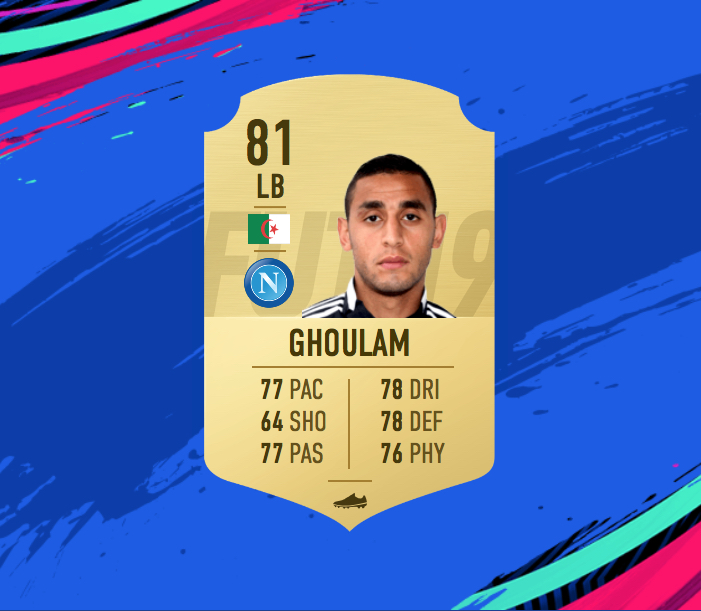 Left back has become the problem position for many players in FIFA 19, so it is surprising to see someone like Ghoulam available at such a low price. For 900 coins you get a reliable defender, who also can contribute in attack. 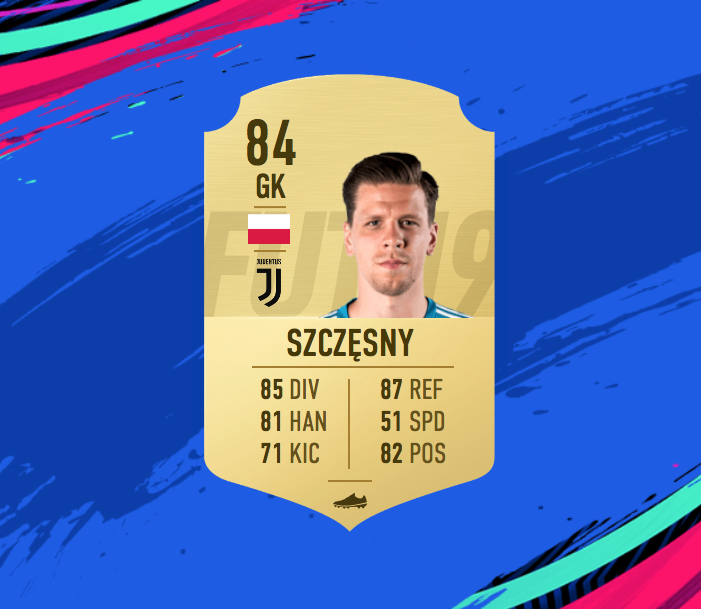 Wojciech Szczęsny has been given the unenviable task of filling the boots of Gianluigi Buffon at Juventus this season, but his FIFA 19 card indicates he may be up to the job.

With 85 diving and 87 reflexes, he should be more than capable of pulling off some acrobatic saves. His kicking is a tad disappointing, but 2,200 coins for a goalkeeper of his quality is a steal. 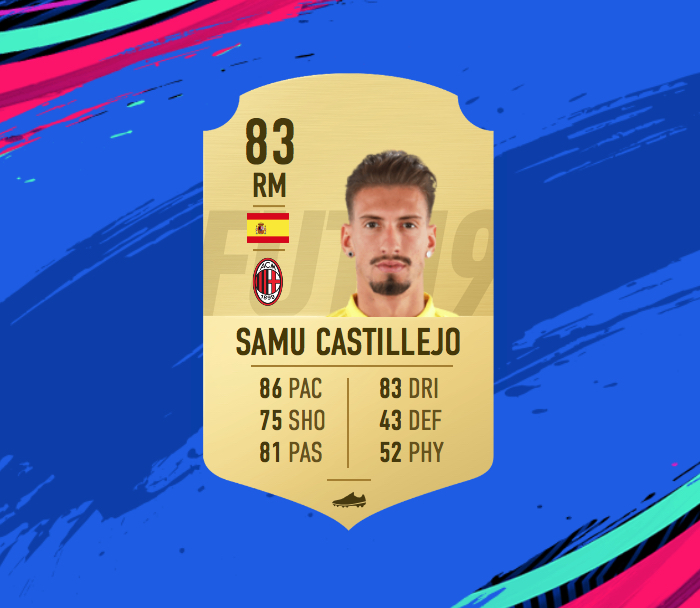 Samu Castillejo has an excellent card in FIFA 19, and he will provide plenty of creative spark down the right flank. Priced at 2,100 coins, he is quite the bargain too. 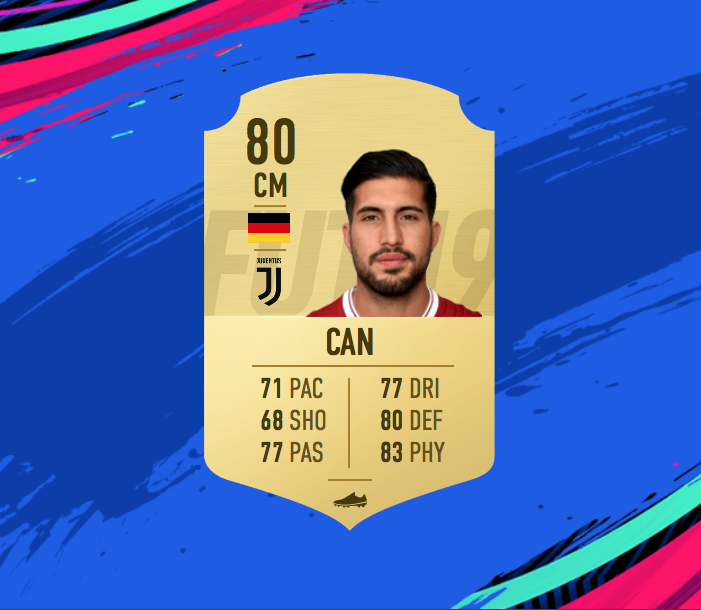 Emre Can normally has a very well-balanced card, and FIFA 19 is no different. After moving to Juve on a free transfer in the summer, he would be a very solid addition to any Serie A squad.

He will be able to contribute to your team in a number of ways, and for only 900 coins you can't really go wrong. 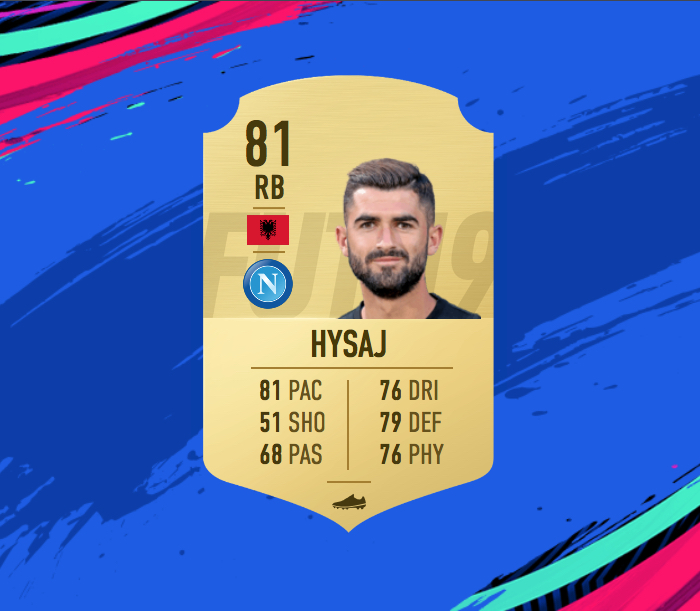 The second Napoli full-back to appear on this list, Hysaj is another solid option to have in your team. He is strong in both attack and defence, and he should be able to fit into most styles of play.

Costing around 1,500 coins, he will definitely add some steel your defence. 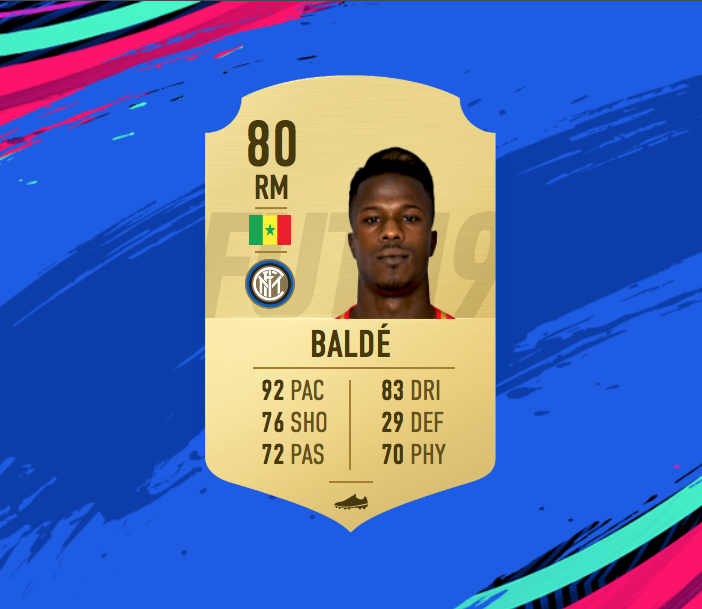 Baldé has become a FIFA favourite in the last couple of years, with his pace and dribbling ability meaning he is a nightmare for opposing defenders.

He is back in Serie A with Inter this season, and he is sure to be a popular option once again. He will set you back around 900 coins, and could be an x-factor in your team.

As you can see, there are certainly some excellent bargains to be had in Serie A this year. If you can combine some of these players with a couple of elite signings, you will be well on your way to dominating in Ultimate Team.