These Are 8 Of The Most Overpowered Players In FIFA 19

Every year FIFA players search the Ultimate Team transfer market to try and pick up some of the best talents in the game, and FIFA 19 will be no different. There always seem to be a few players who are unstoppable, but who does that label apply to this year? These are some of the most overpowered players in FIFA 19.

Most Overpowered Players In FIFA 19 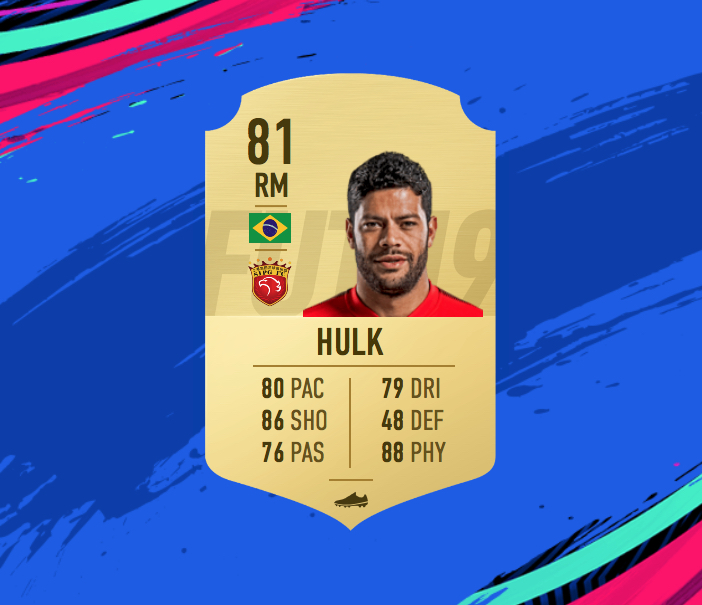 Hulk became a bit of a FIFA legend in the past, before being absent from the last few versions of the game after his move to China. However with the Chinese Super League now included in FIFA 19, he has made his return.

His shooting is absolutely amazing, where his 94 shot power and 90 long shots will wreak havoc on the pitch. While you won't be assembling a Chinese Super League side, he could slot in nicely alongside a couple of fellow Brazilians. 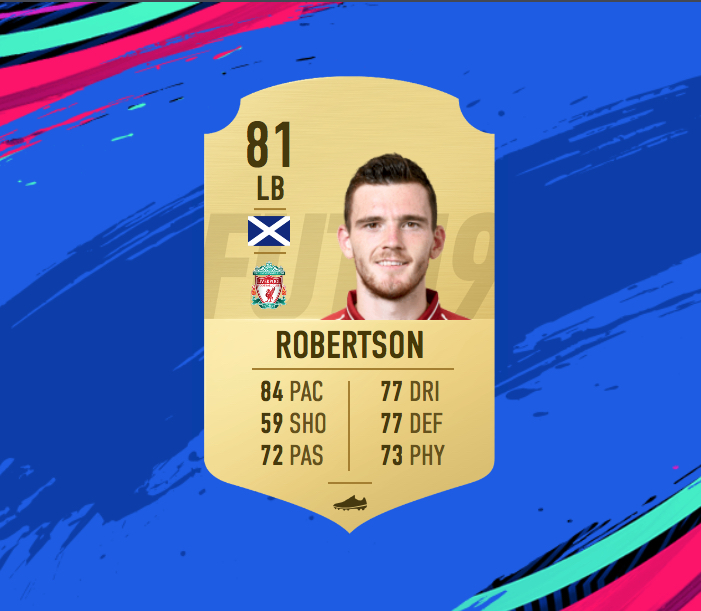 There is a shortage of quality left backs in FIFA 19, and perhaps that is why Robertson feels so unstoppable in the game. He definitely plays better than his stats would suggest, and they are quite decent to begin with.

Until we starts seeing some more in-form cards, expect to see Robertson on plenty of teams you come up against. 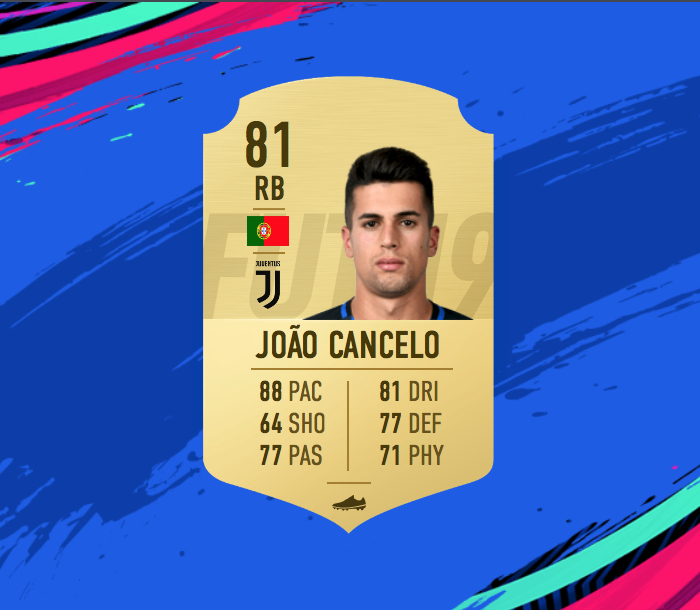 Cancelo is a fantastic attacking full-back, and plays like an absolute superstar in FIFA 19. It has not taken long for players to figure this out, and his regular card is very difficult to find on the transfer market.

If you can get your hands on him though, he could be a game-changer for your team. 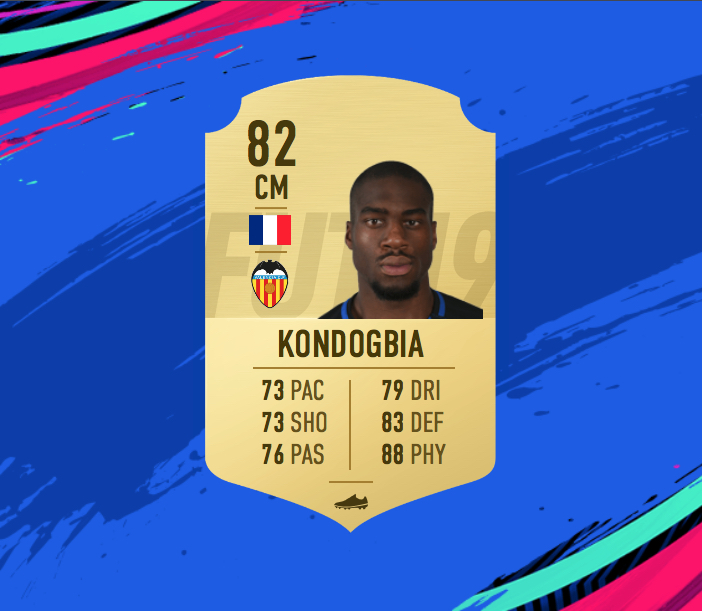 Kondogbia is very much the flavour of the month in FIFA 19 at the moment, and looking at his card it is not hard to see why.

He is an absolute powerhouse of a midfielder who can do a bit of everything, and his exorbitant price reflects that fact. While he will set you back a lot of coins, he is the perfect player to anchor your midfield. 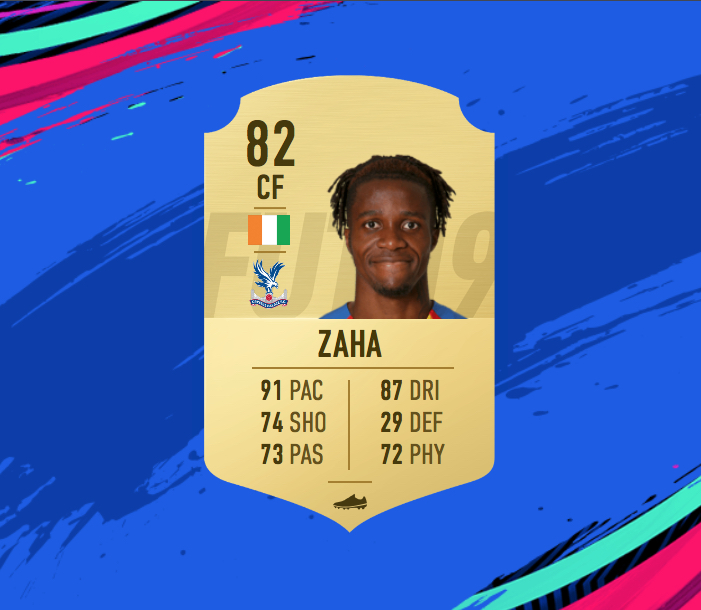 Zaha had a fantastic campaign for Crystal Palace last season, and that is reflected in his card this year. Moved to a more central position for the first time, he is proving to be a very popular player in Ultimate Team.

His pace and dribbling obviously is fantastic, while his finishing also seems to be better than advertised. 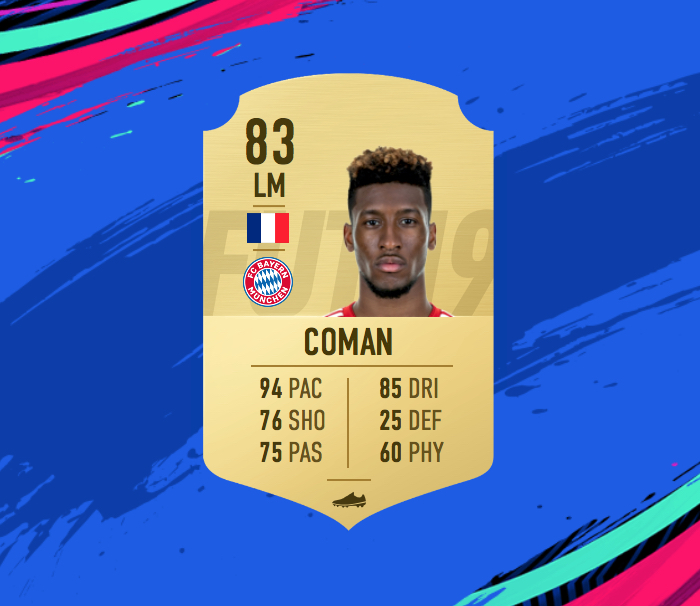 Kingsley Coman has proved a very popular player in FIFA in recent years, and he has received a sizeable upgrade in this year's game. He will be a deadly option down the left flank, and he seems to possess everything required to be a real attacking threat.

Easily able to slot into either a Budesliga or a mostly French side, he will definitely be a popular option once again in FIFA 19. 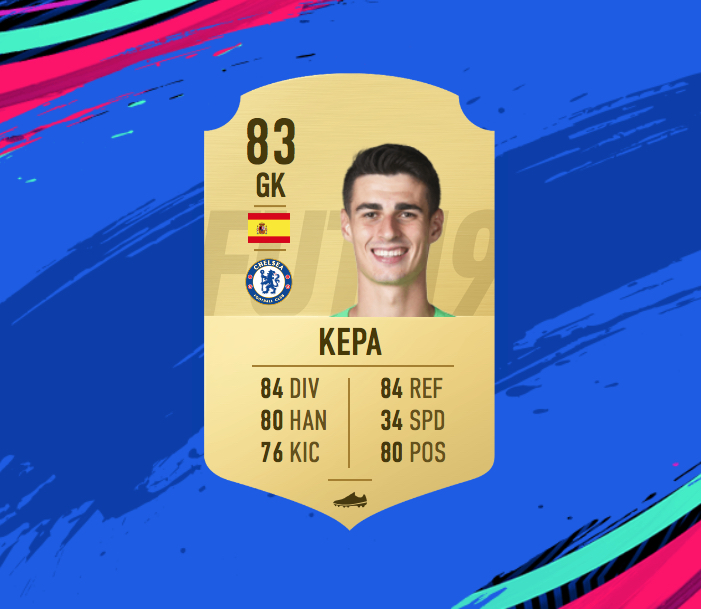 Every year in FIFA there seems to be a goalkeeper that is almost impossible to score against, and Kepa seems to be that player in FIFA 19.

While his 83-rated card does not immediately jump off the page, he definitely outperforms that rating once you see him in action. He seems to make an endless array of unbelievable saves, and it can be very frustrating to come up against him. 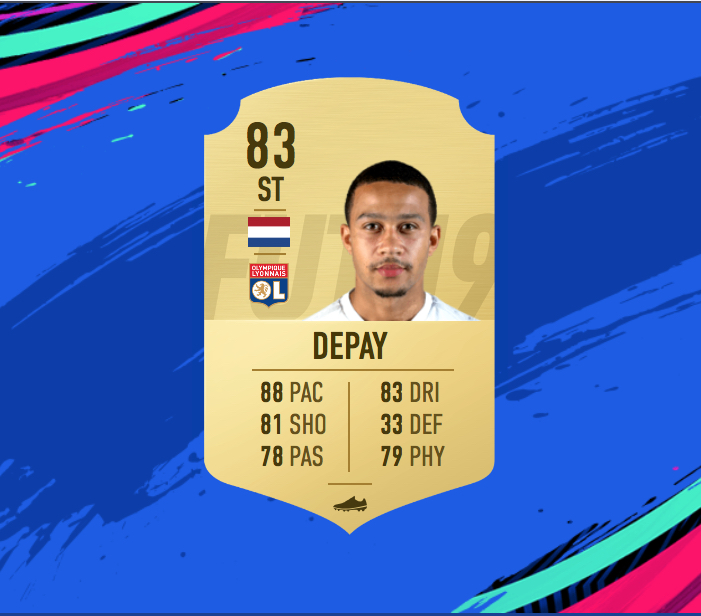 Memphis Depay has most definitely put his nightmare spell at Manchester United behind him, registering 19 goals and 13 assists in Ligue 1 last season. Now, he has been given the FIFA card to match his real life form.

He has no weaknesses in his attacking game, with his pace matched with his shooting, passing and dribbling abilities. Even his physical stats are excellent. Definitely one to try and fit into your team.