8 Reasons Why 'Gaelic Games: Football 2' Is The Greatest Game Ever

The Gaelic Games series took the country by storm midway through the noughties. They had everything (apart from good mechanics or graphics).

While the games were largely derided at the time, they have aged very well. While a lot of the things that happen in the gameplay make absolutely no sense, it is great craic.

With the wisdom of time now behind us, we actually believe that 'Gaelic Games: Football 2' is the greatest game ever made. Here's eight reasons why.

Would you like to know what way the line ball has been given before you have to take it? Tough shit, because the linesman is just going to put his hands straight up in the air.

It's this element of surprise that keeps us on our toes. 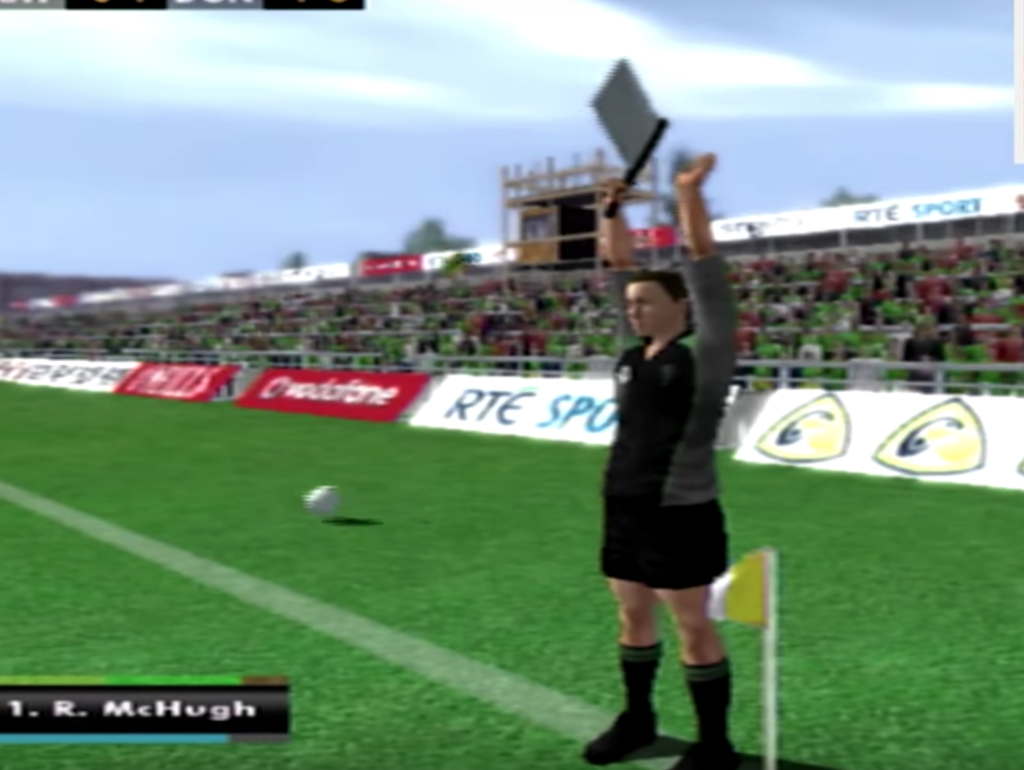 Mícheál Ó Muircheartaigh is a GAA legend, and he is sorely missed from the live coverage from matches each summer. The PS2 is the only way you will hear him on a consistent basis now, and the game features some incredible lines.

The players going in 'for a cup of tea and a banana at half time' will go down in the GAA echelons as one of the greatest phrases ever uttered.

Who wants goalkeepers that are solid and actually save shots? What you need is a lad is who will flap at everything and let about 50 per cent of high balls into the square drop in over his head.

When they do manage to get the ball into their hands on rare occasion, they don't do a whole lot with it.

Their kick outs didn't tend to be a whole lot better, as the below clips shows.

Seeing Your Club In The Game

The game features a few clubs from each county, although the ones that made the cut seem to be drawn at random. They didn't necessarily go for the biggest or most successful clubs, and they probably just picked them off an atlas.

Still, there was no better feeling than seeing your club in the game.

Who needs real life players in the game? Having a load of made up lads you never heard of just added to the charm, and the names themselves were a sight to behold.

Every player from Donegal is from the Gaeltacht, and that was also the case with Kerry. Not only that, but they all looked the same as well.

You could put the real life player names in if you preferred (as we did for our videos), and there's nothing quite like a video game that you have to assemble yourself.

The Quality Of The Subs

The concept of a squad game had not really been developed in 2007 (the year of the game's release), and it shows. To put it bluntly, you're in big bother if one of your players gets injured, because your subs were always absolutely muck.

Make no mistake about it, they will get injured. You'll get two or three casualties every game, and the subs will be made automatically. Look at those for overall ratings on the bench. 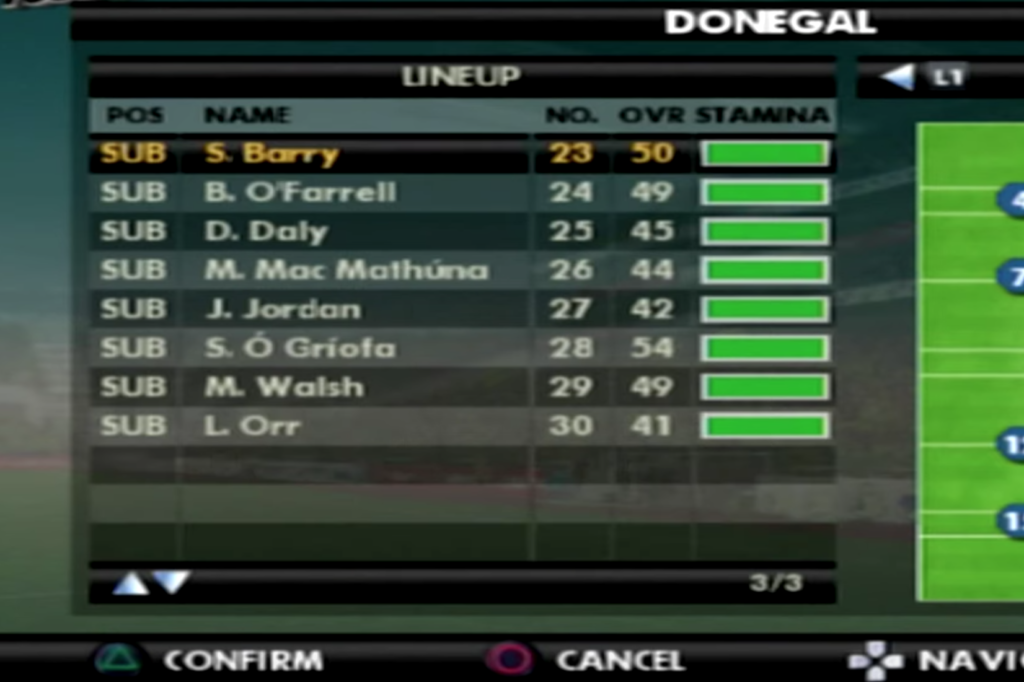 This ensured a real test of skill, as you had to mind your top players. Another example of why this game was so great.

The best part of the game was the unpredictability of the gameplay. You could the exact same thing with the controller 10 times, and get 10 different outcomes.

Here's what happened when a mishit 45 turned into the greatest pass of all time.

You can take around 40 steps as well.

The Ad For The Original Game Is A Classic

Anybody who disagrees is clueless.