Every football fan has memories of those days as a teenager, a student, or some other period of ridiculously low productivity when minutes turned into hours and hours into days sat in front of a PlayStation 2 battling your mates in the latest and greatest football game.

PES and FIFA were no doubt the big boys, but there were a number of efforts which ran them quite close. This Is Football first appeared on PlayStation in 1999, but it wasn't until its debut on PS2 in 2001 that it really started to shine, and maybe for a few years could have been argued a title contender in the fiercely contested football game charts. 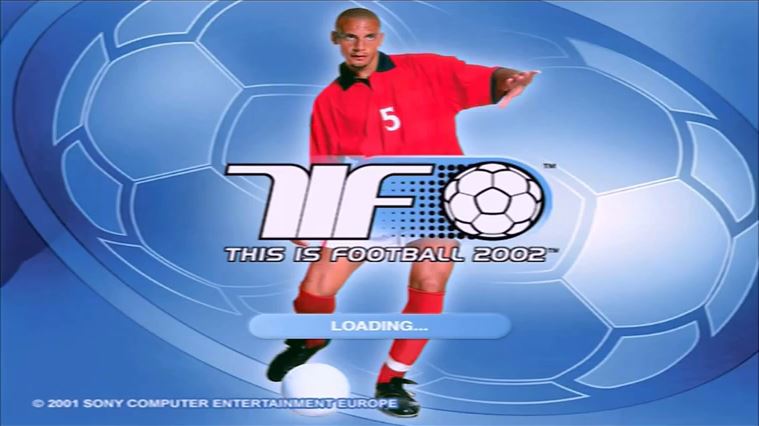 1. The Timing Of Release

The peak of This Is Football's success as a series was no doubt the first two iterations on the Sony PlayStation 2, which were TIF 2002 and TIF 2003. At this time the main competition in the football game world came from Konami's Pro Evolution Soccer 2, and then 3, and EA Sports' FIFA 2001 and 2002.

Pro Evolution Soccer exploded on the release of PES 4, which many believe to be the best football game ever, and FIFA had stagnated from the glory days of '98 and '99 to the point that gamers were growing sick of the FIFA experience, so many avid football gamers were looking for something to fill the void, and this is no doubt why a majority of its player base decided to give This Is Football a crack.

Let's be honest, when most of you saw the words 'This Is Football', the first thought that popped into your head was 'Thats the game where you could dive, right?' Well, yes. That was the game in which you could dive.

Upon first exploring the game's many modes and options, the first taste of gameplay was imminent, and right after kick-off, the thrill of finally being able to cheat the ref was too much to cope with.

Fingers at the ready, on all four shoulder buttons, you waited until any opposing player came within five yards of you and then... Splash. A yellow card for diving.

If diving wasn't the reason you heard about TIF, then the ridiculous two-footed lunges which were possible with the press of the R2 button were almost certainly the reason. F

Fair play clearly wasn't one of the main selling points behind the TIF series, but rather an ability to play dirty if you really wanted to. The two-footed tackle button was a stress reliever.

If you were getting battered by your mate, then you could take out your frustration on his star player's shins, and no other game has offered the satisfaction that comes in taking a smug opponent down a peg with a Roy-Keane-On-Alfie-Haaland level of cynicism. An automatic red card was almost always the outcome, apart from rare occasions that you planted two feet firmly on the ball, but then everyone was just left disappointed.

4. An Insane Amount of Customisation Options

This Is Football was officially licensed by FIFPro, which meant that every club team in the game had the proper names for all its players, but this did not cover kits and badges, the defaults for which were hilariously basic. As a result, Sony offered a ridiculous amount of customisation for team kits, providing all the options for every team's kit, to re-create as you wished.

This was before PES Option Files where you could pay £3 on eBay and have someone else do the work for you - if you wanted the proper kits you had to put the work in - but for those of us with OCD for things like that, it had to be done. 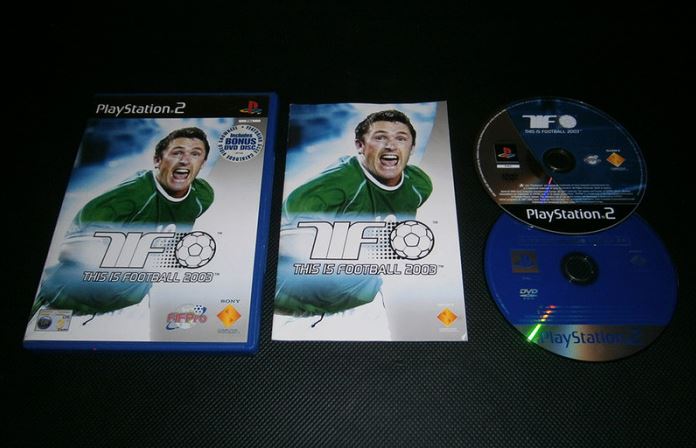 In 2002, Rio Ferdinand was the cover boy for the TIF series' first voyage on PS2, but in 2003 the franchise decided to offer different covers for different markets. Alessandro Nesta was on the Italian cover, Michael Ballack on the German one, and for some reason, Kieron Dyer was on the UK cover, but those of us who bought the game on Irish soil were treated to a wide-eyed Robbie Keane having just equalised against Germany.

This avid gamer spent weeks pestering the staff at my local Smyths for the poster, which they eventually handed over to shut me up, and it sat above my bed for years.

'Jumpers For Goalposts' was a game mode that offered you the chance to play as your favourite players and teams in a school playground, with actual jumpers for goalposts.

Furthermore, you could create a club team and start in a Sunday League where jumpers were used for goalposts, and work your way up through non-league into the lower divisions and onto the Premier League, although I never met anyone who had the patience to do so. Still, a great little game mode.

At the time, TIF's graphics were considered pretty good. Looking back, they were pretty comical. Bug-eyed lumps of clay that clumsily trudged around the pitch with arms that came out of their ribs instead of their shoulders, the weird players definitely had a relaxing effect that prevented you from taking the game too seriously, I mean, just look at these lads: 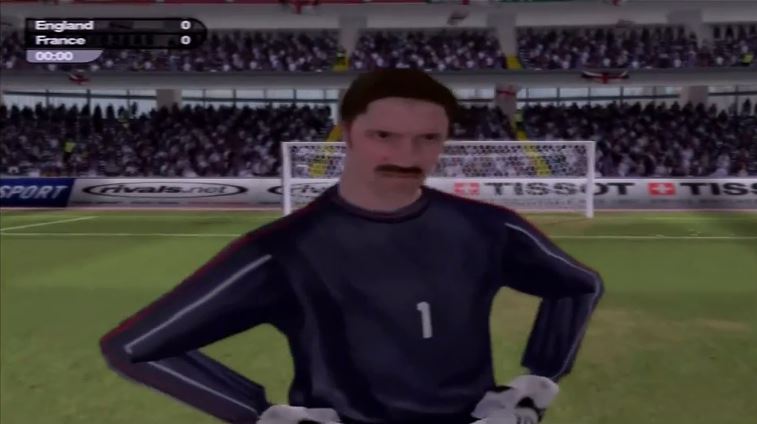 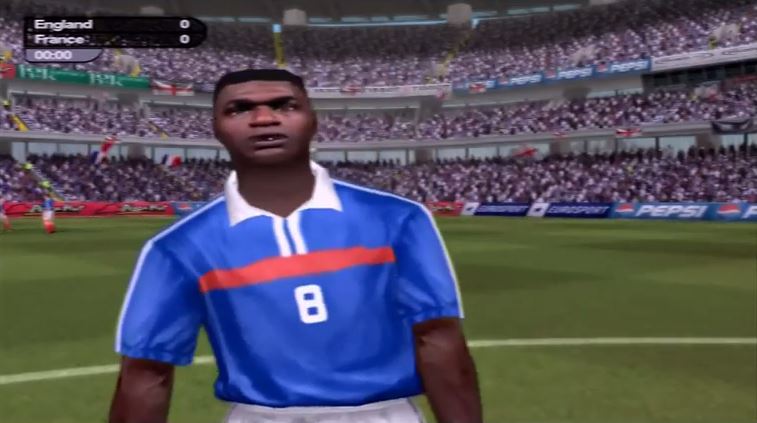 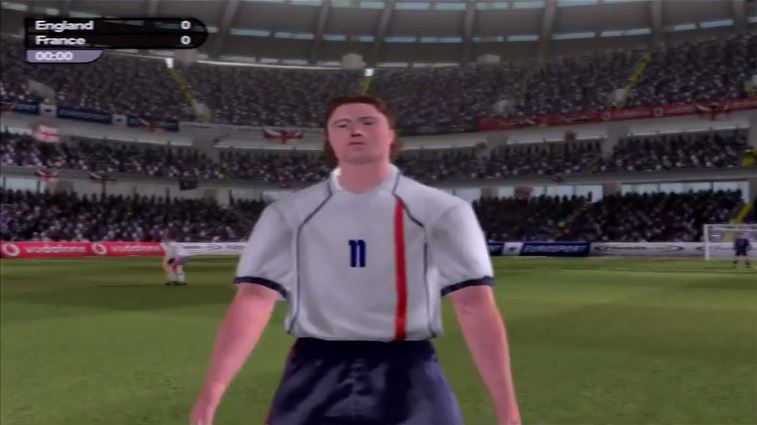 This Is Football again delivered for its fanbase with the inclusion of a number of classic teams, Manchester United fans could control the likes of Nobby Styles and Paddy Crerand behind George Best, Bobby Charlton, and Dennis Law.

Real Madrid fans could bang goals in with Alfredo Di Stefano, or try to match their power with Baresi's Milan side.

It wasn't the best game out there, and it certainly wasn't the prettiest, but This Is Football was a unique and enjoyable experience that hopefully will get the respect it deserved through the power of nostalgia.

This Is Football gaming

Gaming
2 weeks ago
By Balls Team
The Ireland Squad From FIFA 2005 Was A True Thing Of Beauty
Gaming
2 weeks ago
By Jonathan Byrne
A Tribute To Rugby 05 - One Of The Greatest Rugby Games Ever Made
Gaming
4 weeks ago
By Jonathan Byrne
FIFA's End Of Year Stats Are Heavily Skewed Towards PSG
Popular on Balls
Rugby
1 day ago
By Colman Stanley
Bundee Aki Apologises For Confronting Ref After Connacht Concede Late Try
Football
1 day ago
By Gary Connaughton
Report: Newcastle United Lining Up Move For Euro 2020 Star
Snooker
9 hours ago
By Gary Connaughton
Ronnie O'Sullivan Couldn't Get Over Stunning Mark Williams Escape Shot
Rugby
2 days ago
By Jonathan Browne
Who Is Karl Martin? Meet The Young Drogheda Man Making His Debut Against Leinster