As you start up that PS2 loading screen, and what seems like an eternity goes by, you're eventually brought into the wonderful world of rugby game greatness that is Rugby 05.

A plethora of indie-rock tracks belts out from the television speakers, from the dulcet tones of Pete Doherty and The Libertines on "Can't Stand Me Now" to indie darlings The Futureheads and "Decent Days and Nights".

Unfortunately, you become all too familiar with the soundtrack of Rugby 05 as there are only ten songs. That's right, ten songs. Contrast that with this year's FIFA 21, which boasts 43 tracks. A small difference.

Repetitive yet catchy music aside, you're left with the main menu containing hours of enjoyment. From the simple 'Play Now' feature, to 'Game Modes' where you can try your hand at a Six Nations or Lions Tour to name a few.

There was this painstakingly drawn out 'Rugby 101' mode to get yourself up to scratch with the game mechanics. A recommendation for the starting player, as it might have been a first for a rugby game. 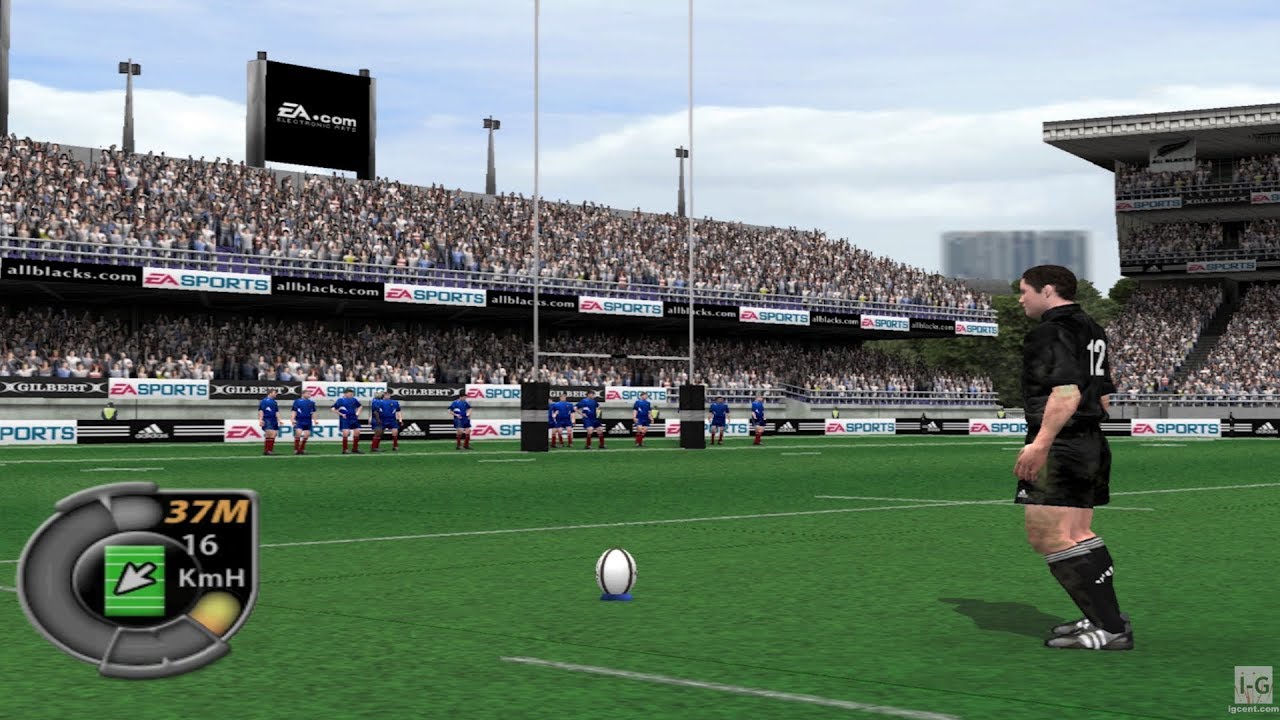 While the game modes themselves were plentiful, you could also have the pleasure of watching yourself grace the rugby pitch. I remember using the 'Create Player' feature on many occasions, giving myself 99 in everything, of course.

For some reason the game always made you have a big chin and big lips. Putting cornrows as your hairstyle option for a pasty looking Irish player also made for great enjoyment.

Aesthetically, no game has stood the test of time since 2005. You're not going to see drips of sweat and the shadows of puddles on the field. Shane Horgan might look a bit like Captain Qwark out of Ratchet & Clank, however.

Scrumcaps were aplenty, and many donned the infamous fingerless gloves in every weather condition. Half the Irish team did, anyway. Lansdowne Road was a playable stadium, and Amhrán na bhFiann belted out before each game there. Brownie points.

When in-game, the commentary of Ian Robertson was nothing short of legendary. The commentary team operated like a soundboard; their tone of voice didn't alter too much to make you feel like they were calling the game live.

There'd be cries of "O'Driscoll, can't find a way through." Followed by "O'Driscoll" in the same tone of voice, without pause, directly after. I often enjoyed Ian's way of saying "Harinordoquy" or "Muliaina". The more longwinded the better. 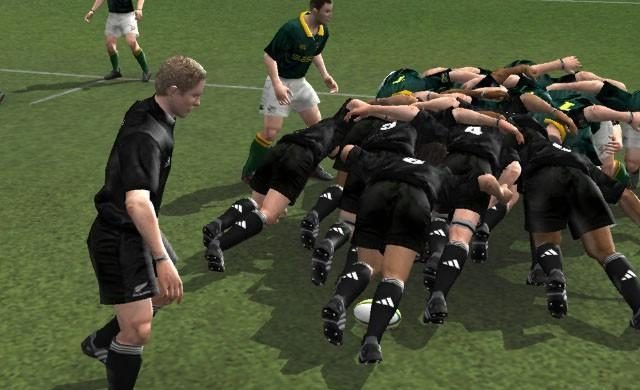 The games themselves were simple enough. Run around in circles as long as you can, finding a gap in the opposition. Now and then the opposing team would turn the ball over in the rucks. You go at it again.

You could carry out a blissful long pass by holding the L1 or R1 buttons if I remember correctly. As for the kicking, a grubber kick usually bounced off everyone's legs, and a kick for touch was about as reliable as a piss in the wind.

Speaking of the wind, you could choose different wind speeds in the 'Play Now' mode, so if you wanted to be a real daredevil you could set this to 'high' and be fairly sure you wouldn't make a kick more than 20 yards out.

The tackling was fairly brutal, in the hardship sense, as you could spear a moving player fairly easily and attempt to knock the ball out of their hands. Very useful when playing England in particular.

Of course, as with every game, certain players and teams were overpowered. England, Australia and New Zealand were the ones I remember being very good, with Ireland just falling short of the top teams. 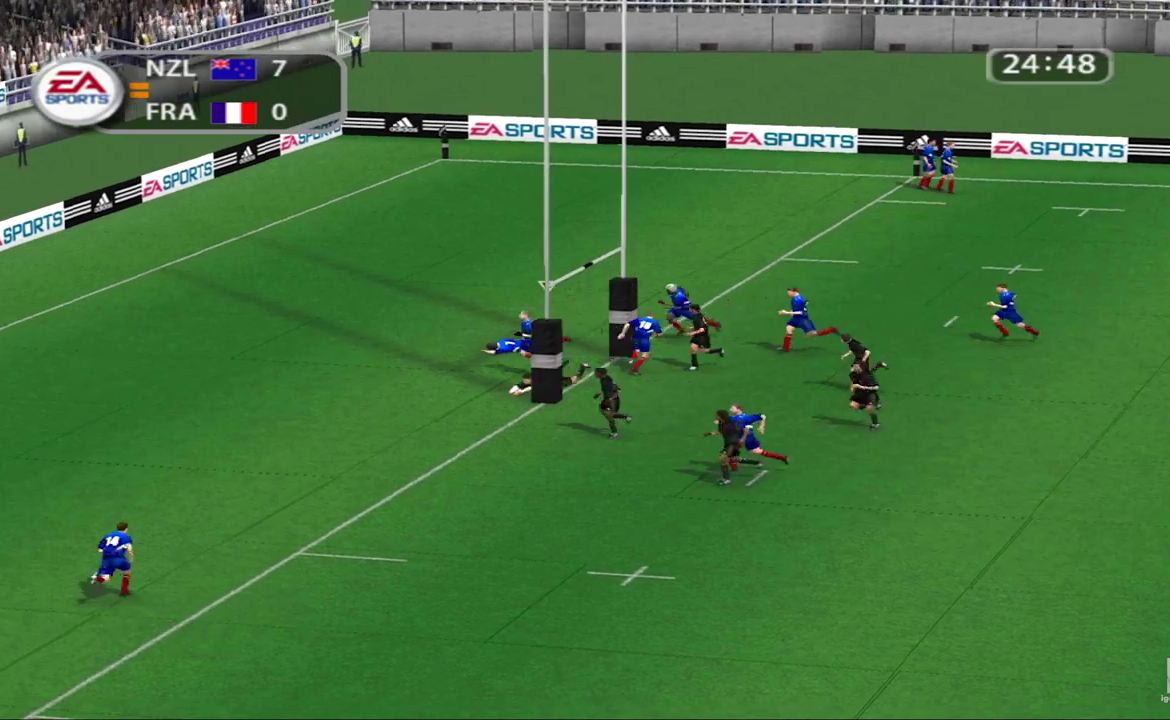 There was this Fijian winger too, Rupeni Caucaunibuca, who had close to 99 speed and torn down the wing. A literal cheat code. Wallabies' Lote Tuqiri was a beast on the wing too.

You could make squad changes and make a super team if you wanted to, all playing for Munster if that was what you had always envisioned.

I got a particular kick out of my cousin, Stephen Moore, playing for the Queensland Reds and being in an actual video game. Unfortunately, he wasn't very good, but I got enjoyment out of it nonetheless.

As the years have gone on, there hasn't been a standout Rugby game or franchise that has kicked off. Many have come close to producing a decent game, but the simplistic nature of Rugby 05 seemed to suit a complicated sport.

It's the classic case of 'they never make them like they used to', and the more I recall the hours and hours spent playing Rugby 05, the more justified I feel in those hours not being wasted.

See Also: Best Of 2021: 'My Son Played GAA And Rugby. He Met People From All Aspects Of Northern Ireland' 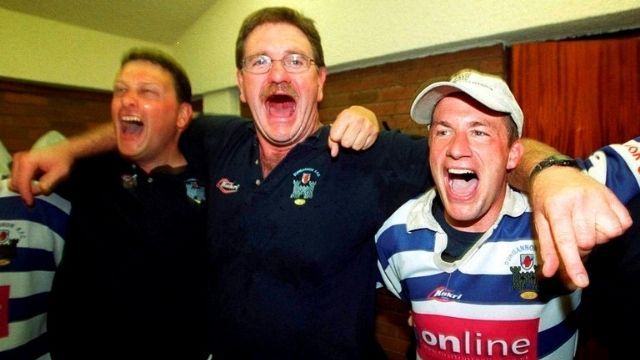 Gaming
3 weeks ago
By Balls Team
8 Reasons Why 'This Is Football' Was The Unsung Hero Of Football Games
Gaming
3 weeks ago
By Balls Team
The Ireland Squad From FIFA 2005 Was A True Thing Of Beauty
Gaming
1 month ago
By Jonathan Byrne
FIFA's End Of Year Stats Are Heavily Skewed Towards PSG
Popular on Balls
Rugby
8 hours ago
By Colman Stanley
Jamie Heaslip Would Include Leinster Youngster In His Current World XV
Football
1 day ago
By Eoin Harrington
Report: Manchester United's Younger Players Are Growing Tired Of Cristiano Ronaldo
Football
2 days ago
By Jonathan Byrne
Watch: Caoimhín Kelleher Pulls Off Wonder Save In Liverpool Cup Win
Football
2 days ago
By Jonathan Byrne
Remembering Jimmy Bullard's Timid Big Dunc Stare Down From 2006