The latest game in the Assassin's Creed franchise Assassin's Creed Valhalla is a highly anticipated one, given that it will the first in the series to feature on the upcoming Xbox Series X/S and PlayStation 5 next generation consoles. It's also a particularly intriguing game for Irish players, given Ubisoft's announcement that the first expansion will be set in ancient Ireland.

While the game will be released on 10 November, the post-launch plan includes a Season Pass, featuring the Irish expansion that will be released in early spring, 2021. Assassin's Creed Valhalla is based around the Vikings, so we'd hoped that Ireland might feature, and the new trailer certainly has stirred our appetite.

"The first expansion "Wrath of the Druids" will be coming out early spring 2021, and it will take you on a journey to Ireland as you entangle and try to unravel the mysteries of an ancient druid cult.

"Within Wrath of the Druids you will get to fight The Children of Danu [Tuatha Dé Danann] cult, discover who their members are, hunt them down and fight them. You will get to conquer ringforts, and also influence the trading systems of Dublin, which at the time was a bustling, trading metropolis."

Jose adds that "On top of all the majestic locations that the expansion will feature in Ireland, the highlight here really is for the players that are more interested in the Celtic [mythology], the druids and the darker tones that really add to a mysterious feeling of the expansion," and we can really see what he means by some of the artwork:

Ubisoft add "In this new adventure, players will journey to Ireland and unravel the mysteries of an ancient and mysterious druidic cult, tracking and discovering their members. Diving into Gaelic myths and folklores, they’ll need to fight their way through haunted forests and dazzling landscapes while gaining influence among Gaelic kings."

There's no reference Brian Boru though. Those Vikings are still afraid of him! 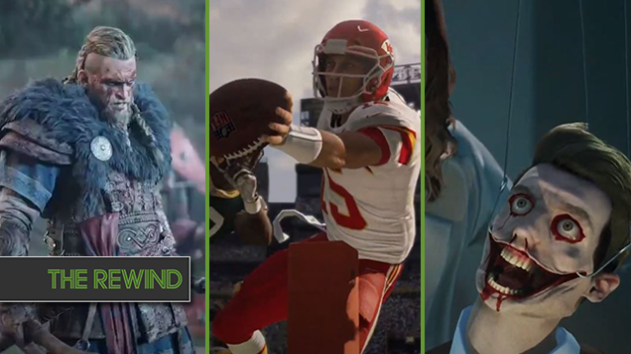