What Is The Best FIFA 19 La Liga Ultimate Team?

FIFA 19 has arrived, and things are really starting to get going in Ultimate Team. While most players still have quite a basic squad at the moment, you can always aim to assemble an absolute super team. It can be a difficult decision when deciding what league to base your side around, but La Liga consistently has a number of world class player. So what is the best FIFA 19 La Liga Ultimate Team? 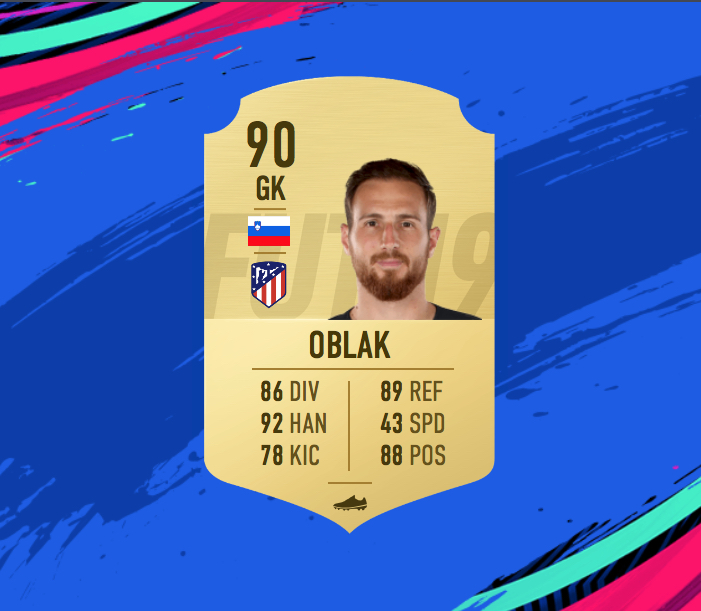 After a somewhat shaky start to life in Madrid, Oblak has emerged as a world class goalkeeper in the last few seasons. This is reflected in his FIFA 19 card, where his stats are absolutely incredible. He will definitely provide you with a steady base from which to build your team. 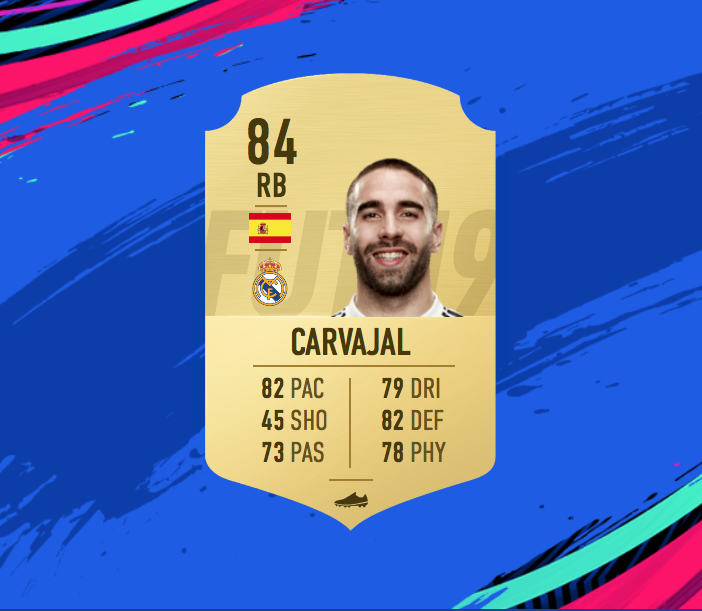 Carvajal has recovered from his health issues to make a return to the Real Madrid team, and he is the best right back in La Liga at the moment.

His dribbling and passing stats mean he can contribute in attack, while his defensive stats will allow him to hold his own at the back. 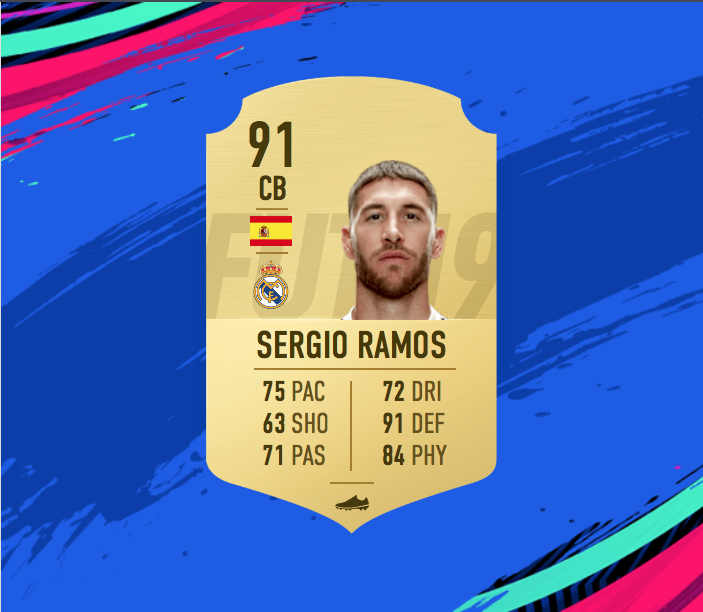 Now aged 32, Ramos continues to play like one of the top defenders in world football. While his on-field antics mean he is a polarising figure, his quality is undeniable.

His FIFA 19 cards does not have any glaring weaknesses, and is a must for your side if you can afford him. 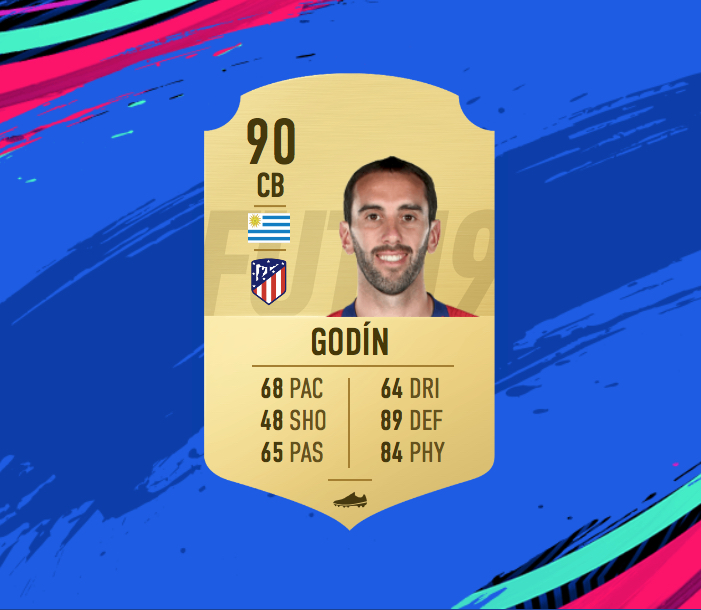 Atletico has sported one of the top defences in Europe for a number of years now, and Diego Godín is possibly the main reason why. He continues to improve year on year, and that is reflected with his highest ever FIFA rating this season. 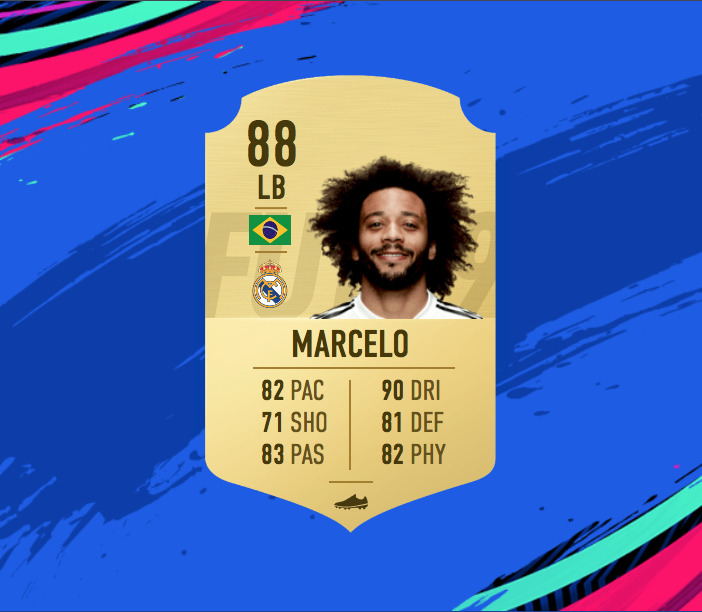 While Jordi Alba is also a solid option here, Marcelo has a better all round card. His dribbling and passing stats mean he will be the perfect player to supply the front players, and he will not be easy to beat in the defence. 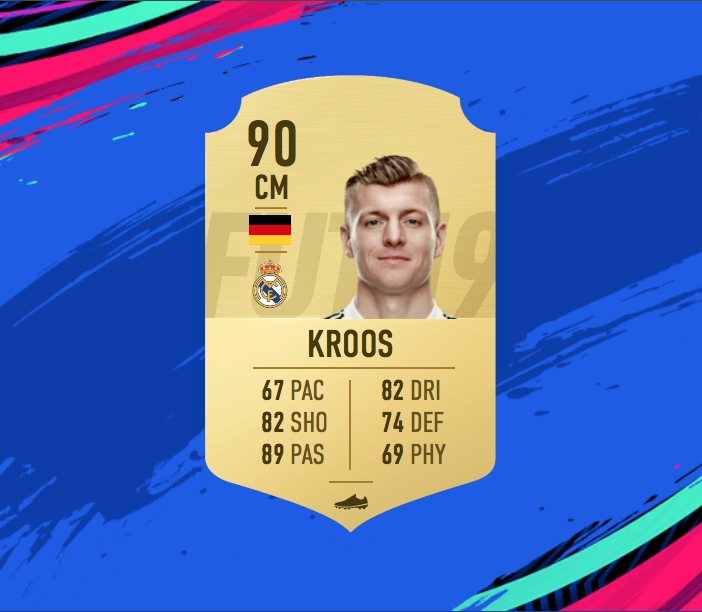 Toni Kross' passing stats mean he will be a fantastic deep-lying playmaker in this team. While this will be a slightly deeper role than he would normally be used in, the attacking talent in the side mean he will not really be required further up the pitch.

Instead, he can sit in the centre circle and dictate play, something he should execute perfectly. 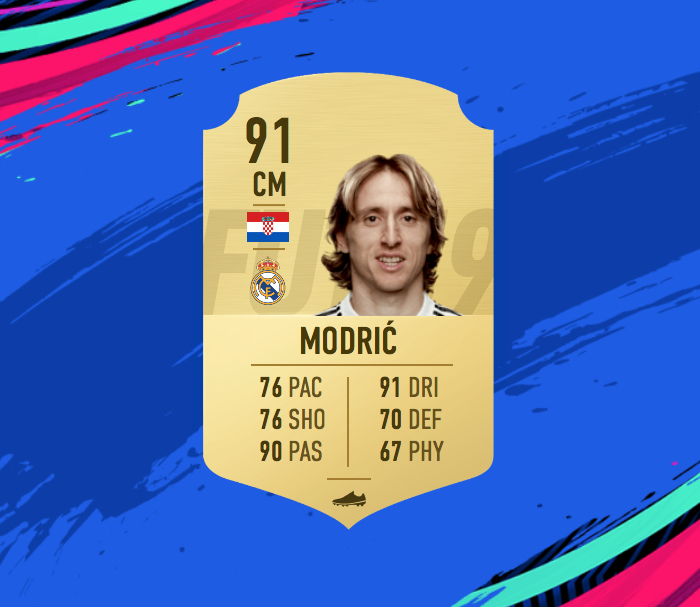 This is starting to turn into a very Real Madrid heavy outfit. Modrić and Kroos will recreate their real life partnership in this team, and few can argue against their selection.

Modrić has enjoyed a fantastic personal season, and he is now finally receiving the personal accolades that his play has long deserved. This is reflected in FIFA 19, where has been handed his highest ever rating. 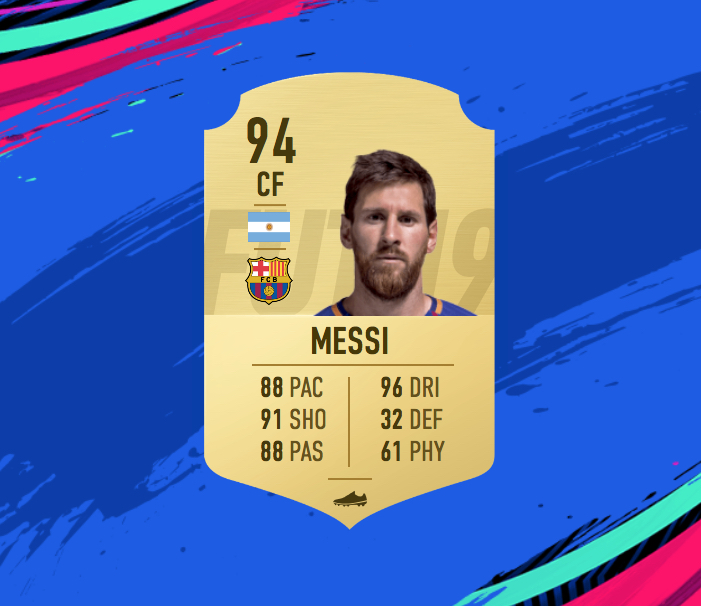 Finally a Barcelona player! There was never going to be any doubt about Messi's inclusion in this side, with his move to the centre forward position in FIFA 19 meaning he can now be utilised in a more central role.

As expected, his stats are phenomenal. His 96 rated dribbling mean he can zip in and out between defenders with ease, while his passing and shooting mean he will produce and endless amount goals an assists for your team. 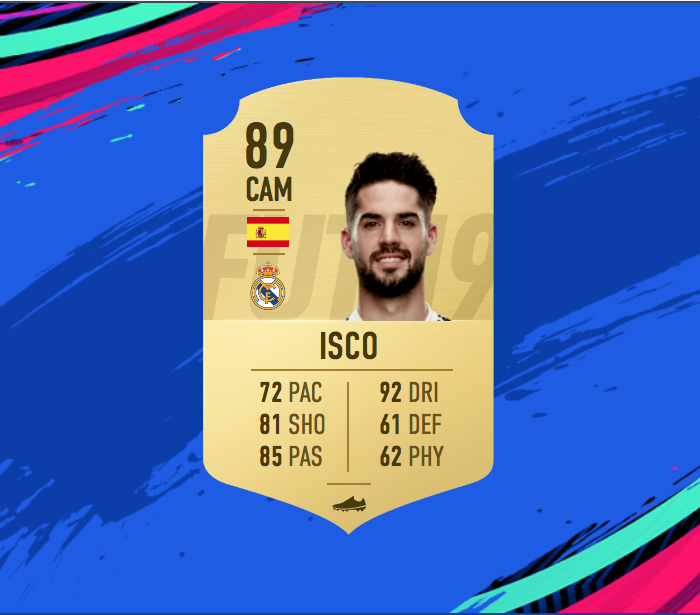 Isco has received a sizeable upgrade in this year's game, and he will be a massive contributor in this team. His dribbling and passing stats standout immediately, and he is the perfect attacking midfielder. 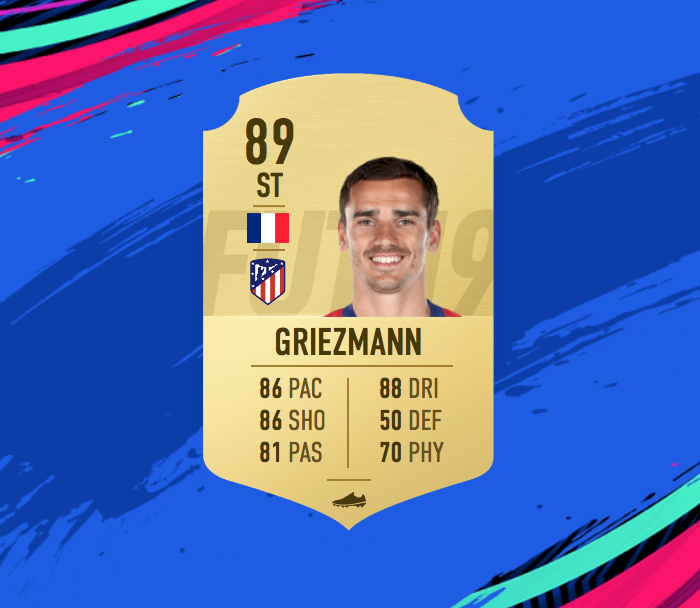 Griezmann has been a FIFA favourite for a number of years now, and his card this year is his best yet. Just look at those attacking stats.

The Frenchman will contribute to your team in a number of ways, and is a fantastic supporting striker. 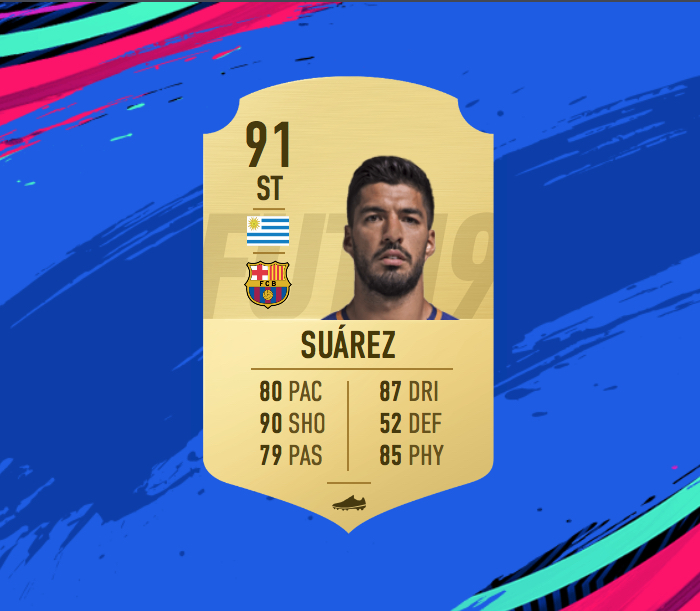 While his powers seem to be dwindling slightly on the pitch, Suarez still has an amazing FIFA 19 card. With the creativity behind him in this side, he will be absolutely deadly in spearheading the attack. 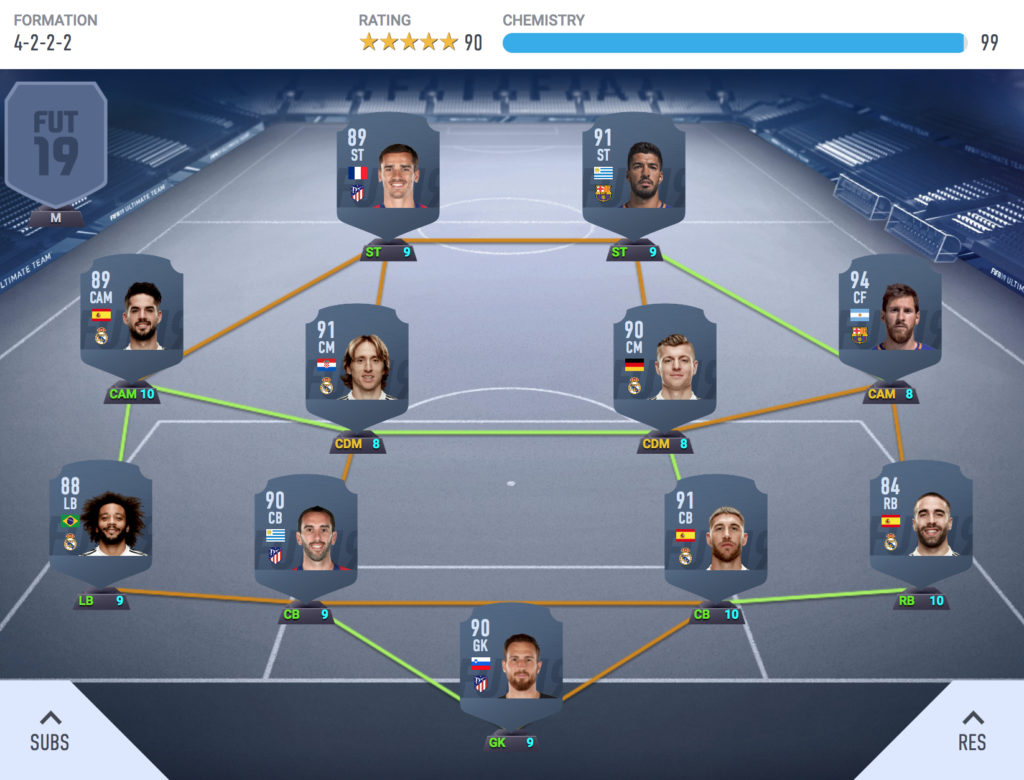 So there you have it, the best FIFA 19 La Liga Ultimate Team.

There are some notable absentees in this team. Gareth Bale in particular was hard to leave out, but he could not fit into the 4-2-2-2 formation. We felt this was the best formation to use, as it allowed you to include the array of attacking talent that are based in central positions.

If you can gather together enough coins to assemble this team, you will be well on your way to dominating your opponents.

Gaming
2 years ago
By James Carroll
The Best Cheap La Liga Bargains To Start Out In FIFA 18 Ultimate Team
Popular on Balls
The Rewind
19 hours ago
By PJ Browne
Quiz: Name These 18 Irish Films From Just Their Taglines
63