What Is The Best FIFA 19 Ligue 1 Ultimate Team?

FIFA 19 has arrived, and things are really starting to get going in Ultimate Team. While most players still cannot yet afford the most elite players, you can always aim to put together a team full of superstars. It is always a difficult decision when picking the league to build your team around, and Ligue 1 is often overlooked. But what is the best FIFA 19 Ligue 1 Ultimate Team?

Unsurprisingly, PSG make up the majority of this side, but players from a few other teams do manage to claim their place. Take a look. 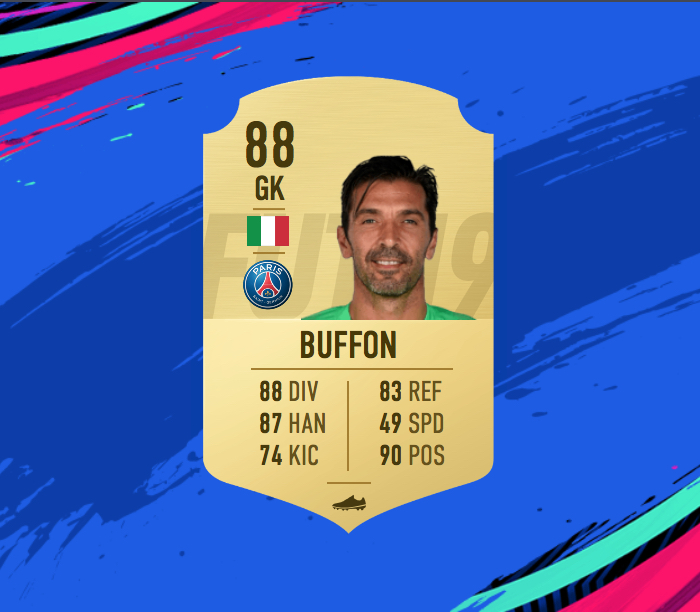 Now 40 years of age, Buffon's FIFA rating has yet to take a hit. Boasting an 88 OVR rating, he easily lays clim to the best goalkeeper in Ligue 1 tag.

His stats continue to be incredible despite his advancing years, and he will offer a fantastic base for your team. 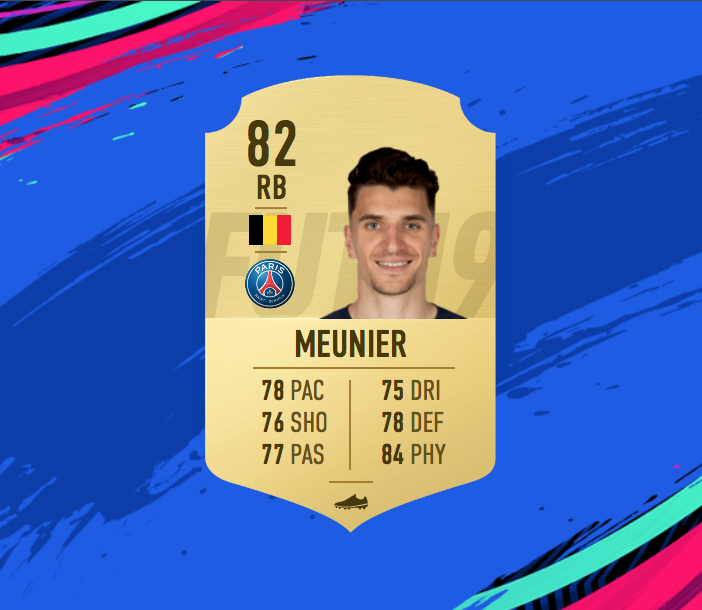 Meunier just edges out teammate Dani Alves for a place in this side, largely due to his incredibly well-balanced card. He does not have any clear weaknesses, and he will be able to contribute in a number of ways. 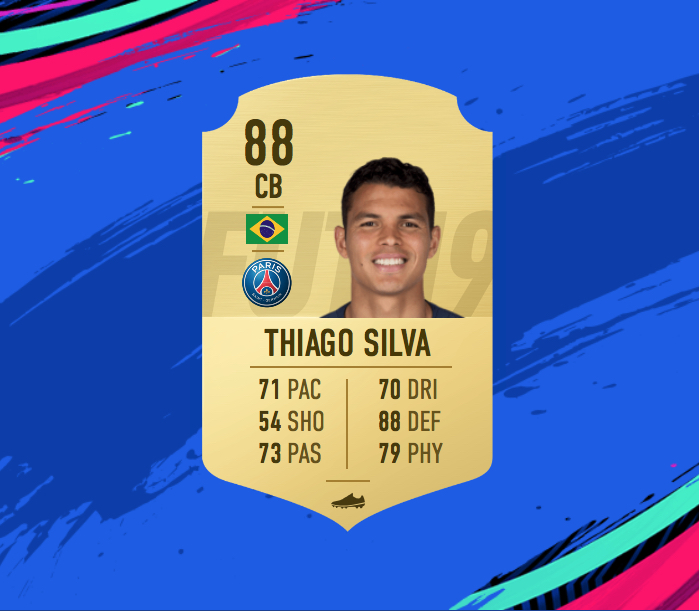 Thiago Silva has not been at his best in the recent past, but that has not affected his rating in FIFA 19. He continues to be rated as one of the top defenders in the game.

His defensive stats are obviously fantastic, and his passings stats are decent for a centre back. 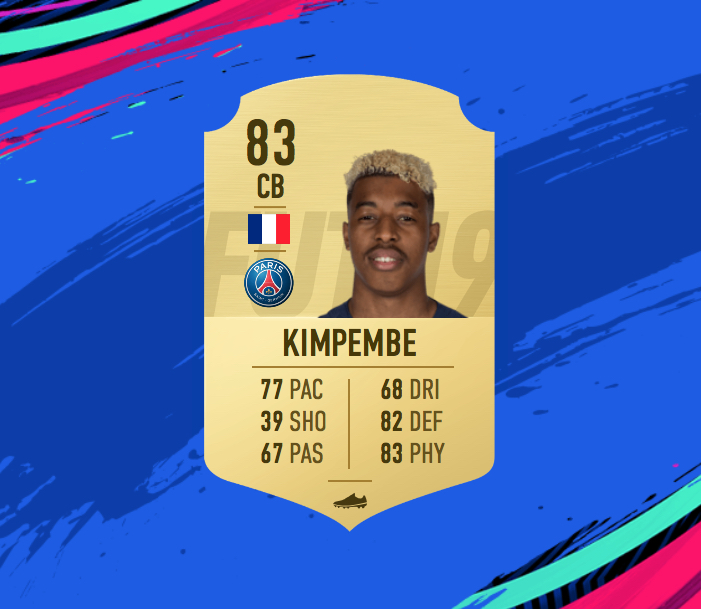 Teammate Marquinhos is rated higher, but we are giving Kimpembe the nod here. He is an out and out defender, and will form a fantastic partnership with Silva in this team. 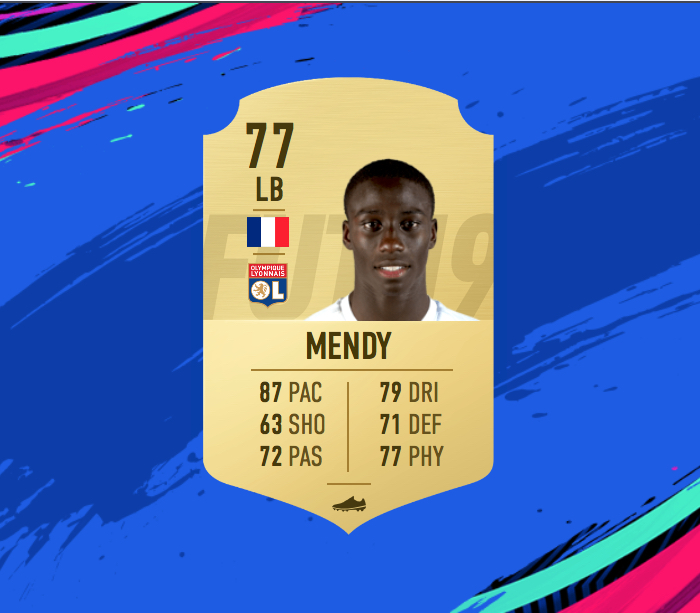 The pickings are slim in terms of quality Ligue 1 left backs, so it might be worth taking a flyer on the young Lyon player here.

His stats mean he will an excellent attacking full-back. While his defensive abilities leave something to be desired, including him alongside the pair of Silva and Kimpembe should compensate for those inadequacies. 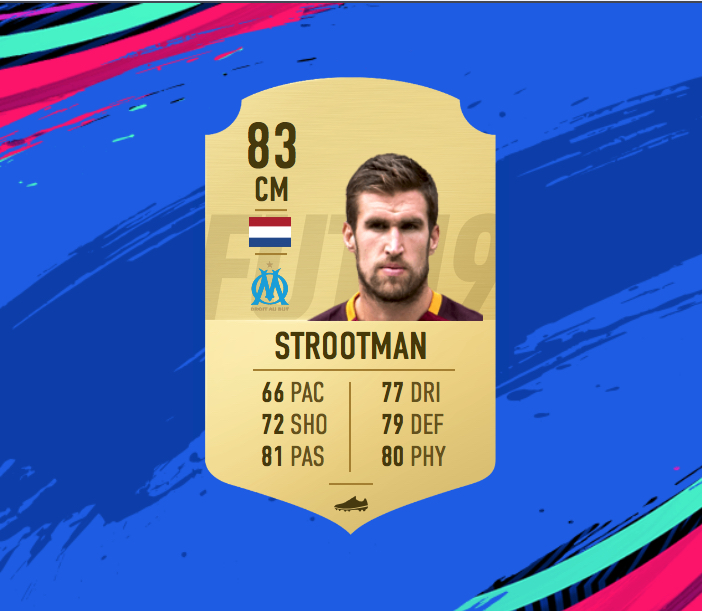 Strootman is a very solid, if unspectacular midfielder. While none of his stats immediately stand out, his lack of weaknesses is clear to see.

Unlike most of the other players in this team, he is also available for a very low price. 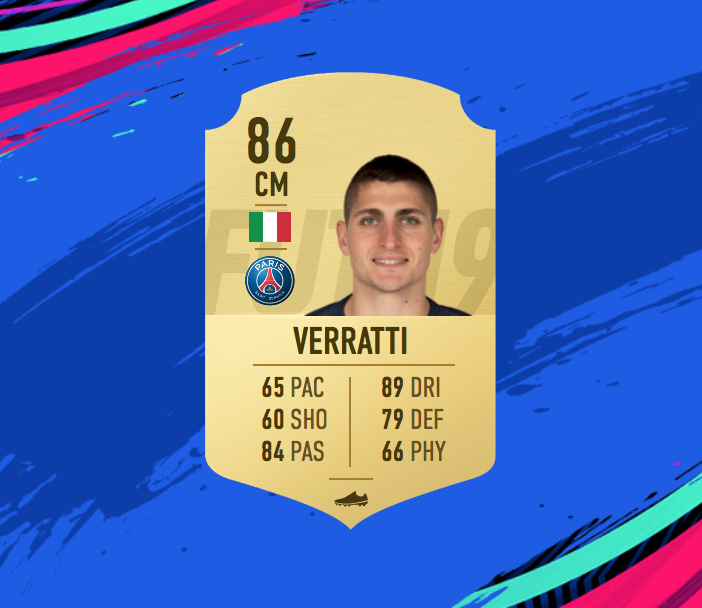 Vaerratti is a terrific box-to-box midfielder in FIFA 19, with his dribbling and passing stats allowing him to slice through opposing defences.

His defensive rating is also decent, meaning he is a good option to anchor your midfield. 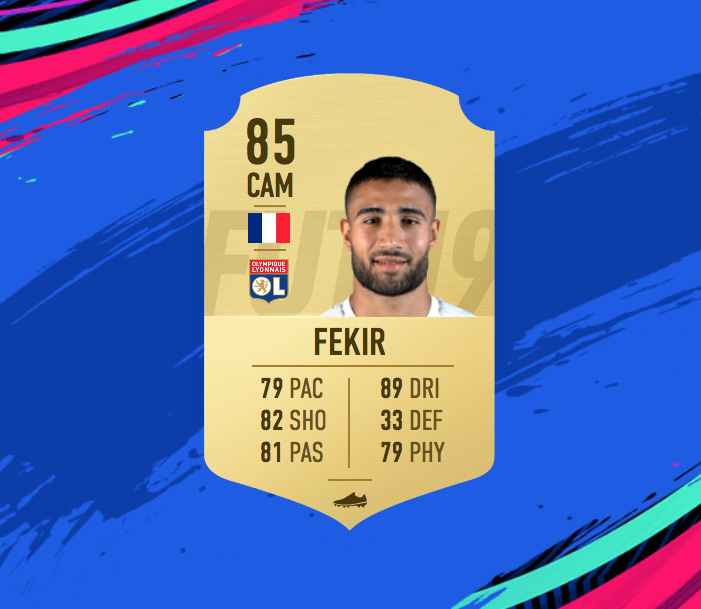 Deployed in a slightly deeper role in this team, Fekir is a fantastic attacking midfield option. All of his attacking stats point towards him being a real threat going forward , although you should not expect him to contribute much in terms of defensive acumen. 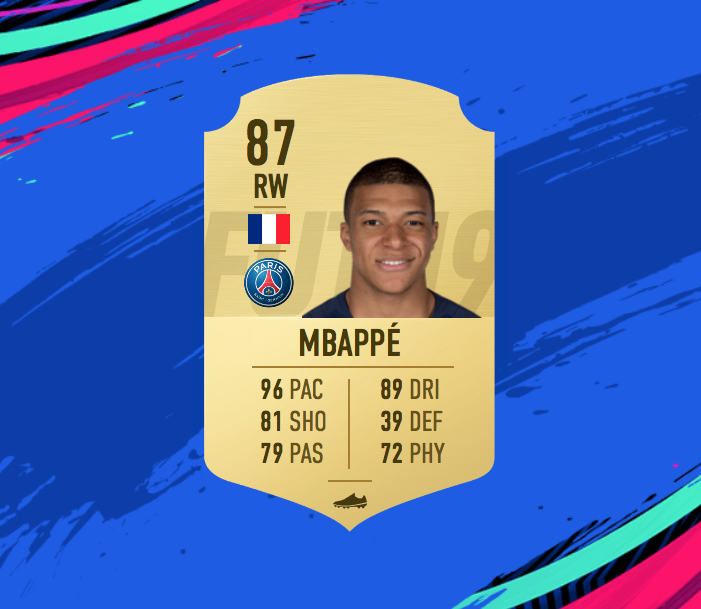 Mbappé is one of the most sought after players in FIFA 19, and it is not hard to see why. After another stellar campaign last season, his rating has taken another significant jump this year.

He is the fastest player in the game, which coupled with his dribbling stats mean he will terrorise opposing defenders. 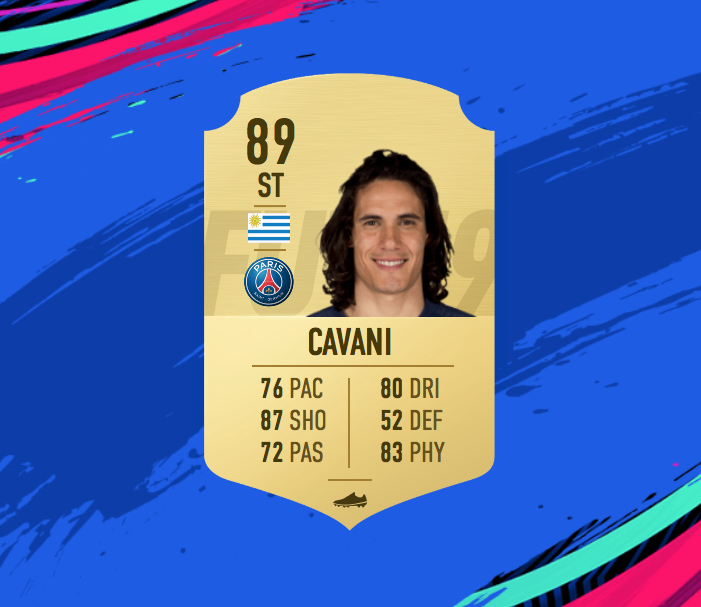 Cavani continues to sport a fantastic FIFA card, with his main attribute being his deadly finishing. While he is not as pacy as many players would like, that is not as important in FIFA 19 as it had been in previous games. 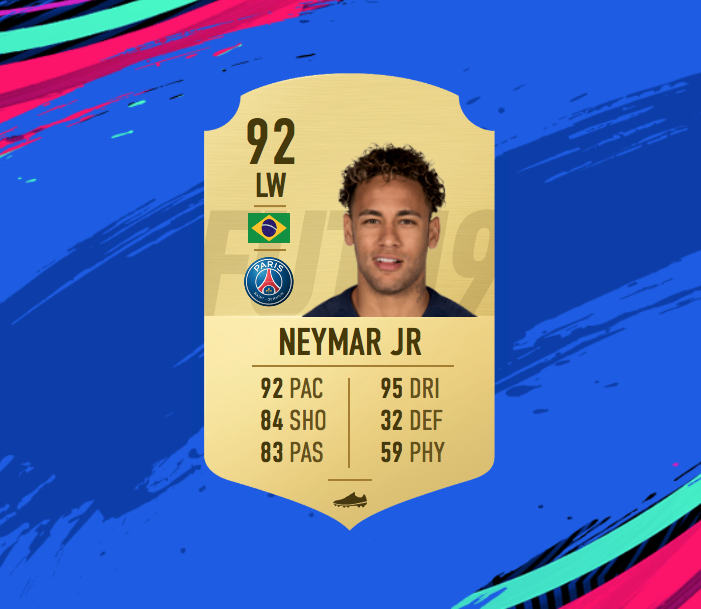 Was it ever going to be anybody else? Neymar is the third highest rated player in this year's game, behind only Messi and Ronaldo.

His pace and dribbling stats are amazing, while his finishing and passing stats mean he has the end product to back it up. Expect to see him embarrass your opponents like he routinely does to Ligue 1 defenders. 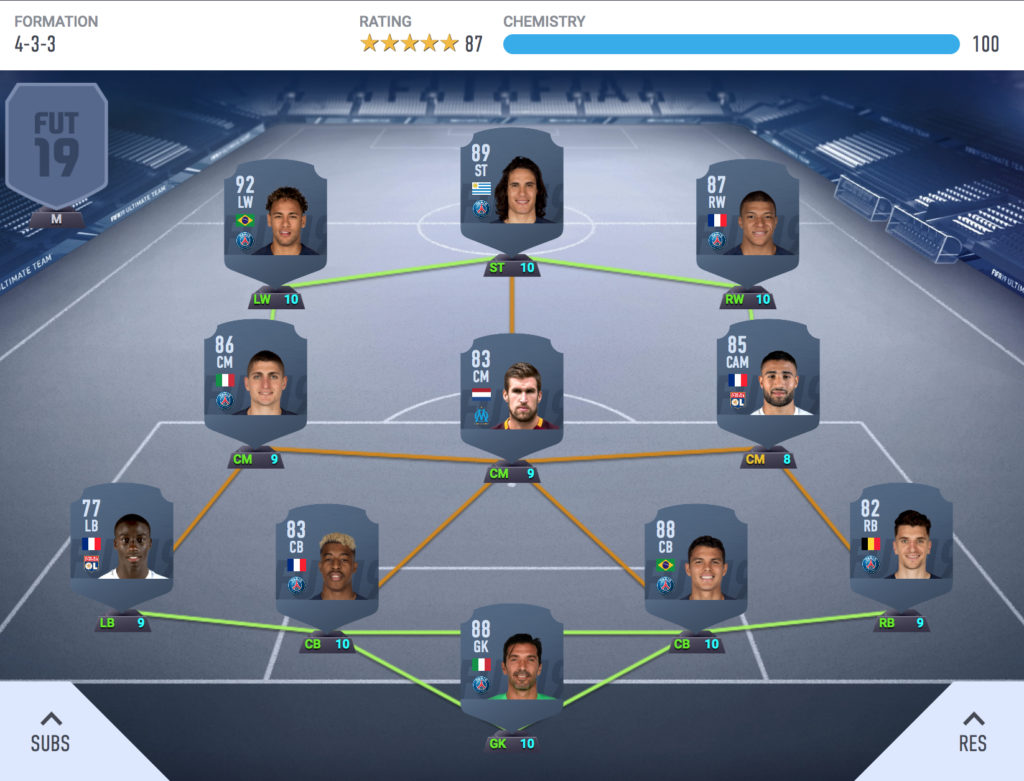 So there it is, the best FIFA 19 Ligue 1 Ultimate Team.

PSG's dominance in French football is reflected in this side, with only three players from other clubs managing to make their way into the team. It is definitely a solid team though. The front three especially will cause nightmares for opposing defences, if you can afford to recruit them that is.

Gaming
2 years ago
By James Carroll
The Best Cheap Ligue 1 Bargains To Start Out With FIFA 18 Ultimate Team
Popular on Balls
The Rewind
18 hours ago
By PJ Browne
Quiz: Name These 18 Irish Films From Just Their Taglines
3