FIFA 19 is here, and you can almost hear the sounds of people panicking as they attempt to put their Ultimate Teams together. It can be a frustrating process, but we are here to help. So what is the best FIFA 19 Ultimate Team starter squad? We have put together a team that you can recreate quite easily, with all players being available for less than 1,500 coins.

Having scoured the transfer market, this group of players gives the best mix of value and quality. They are good enough to allow you rack up some wins, while also being cheap enough to put away some coins and save up for your dream squad.

If you are looking at building a good value squad in the early days of any FIFA game, you are best to stay away from the Premier League. The player prices are always artificially inflated, and there are few bargains to be found.

For this article, the focus will be on building a La Liga squad. The Spanish top flight has a good balance between quality players and decent value. Here is the squad. 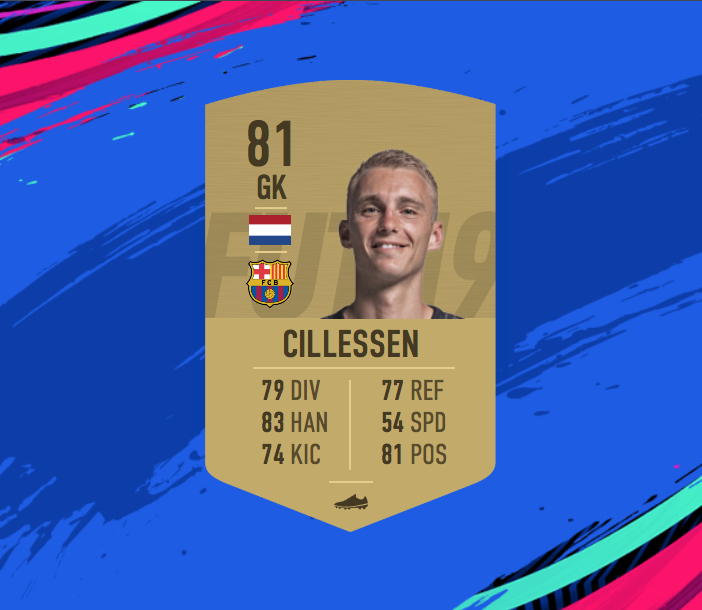 The Barcelona back-up 'keeper is a very solid player, with all of his goalkeeping stats at a decent level. Available for less than 1,000 coins, he is a nice player to start off your squad with. 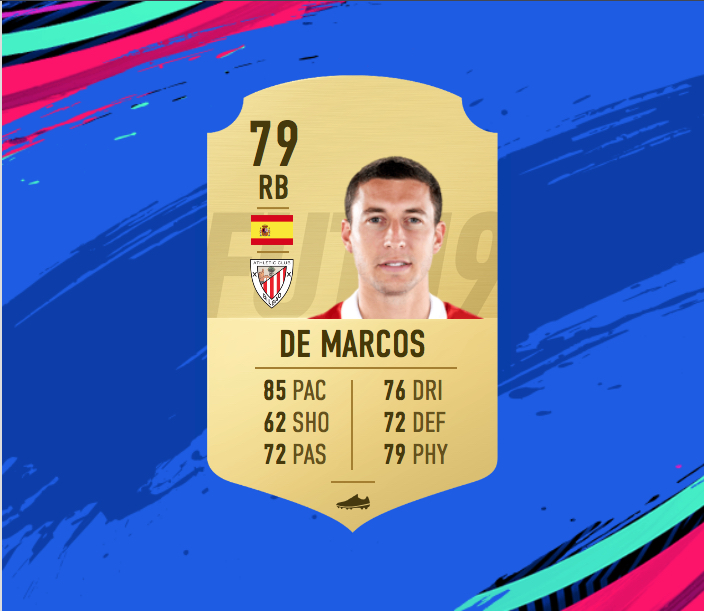 The Athletic Bilbao defender has fantastic card in FIFA 19, and his stats should allow him to play above his 79 overall rating. He has a good mix of speed and physicality, meaning he will be difficult for opposing winger to go by on the wing. 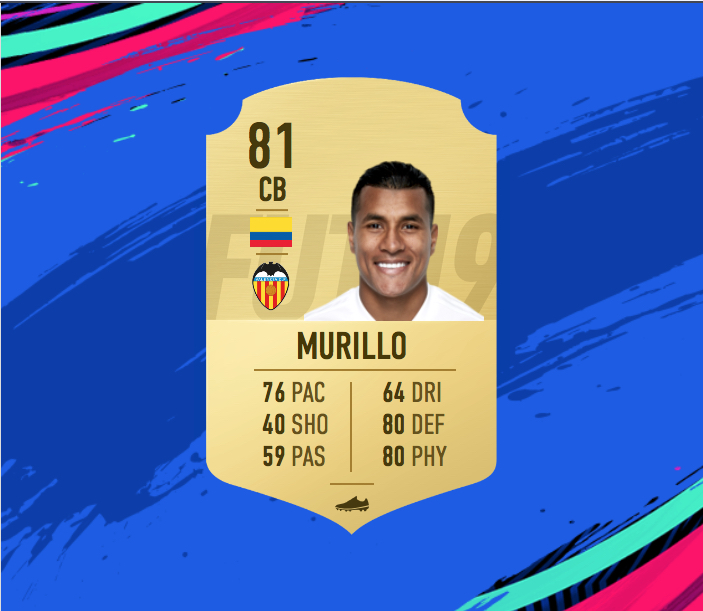 Murillo will be an excellent addition to your defence, with his only real weakness his passing ability. He is quick enough to stick with pacy strikers, and strong enough to knock them off the ball. 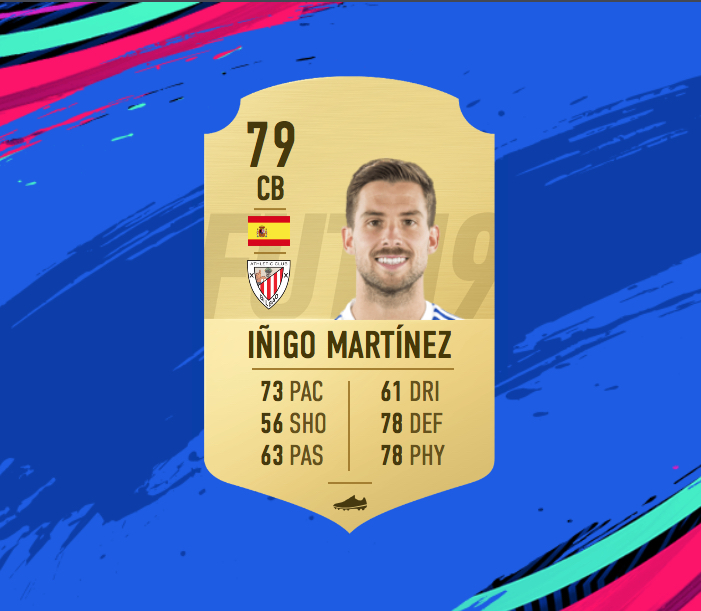 A solid player to slot to the to the left of Marillo, Martínez has very similar stats to his Colombian partner. Along with Cillessen, they will offer a solid base from which to build your team. 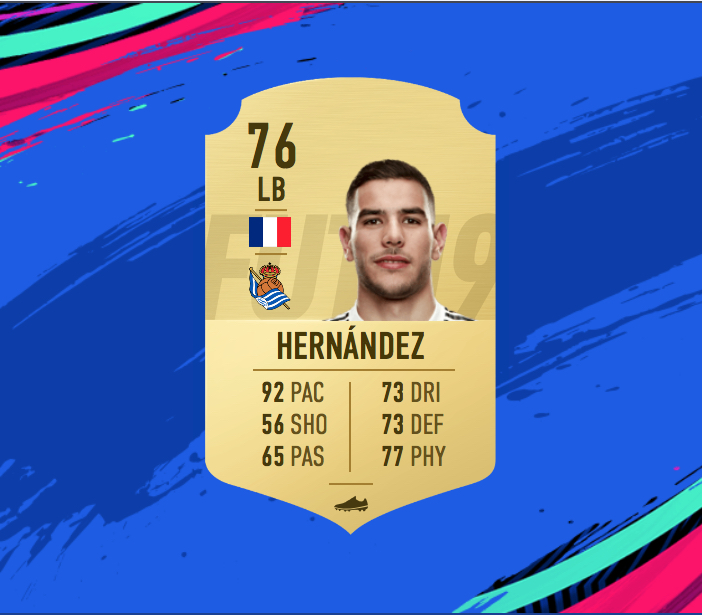 The younger brother of World Cup winner Lucas, Theo Hernández is the perfect player to round out this defence. His incredible pace will be an asset both in attack and defence, while all his other stats are decent. Definitely a real bargain. 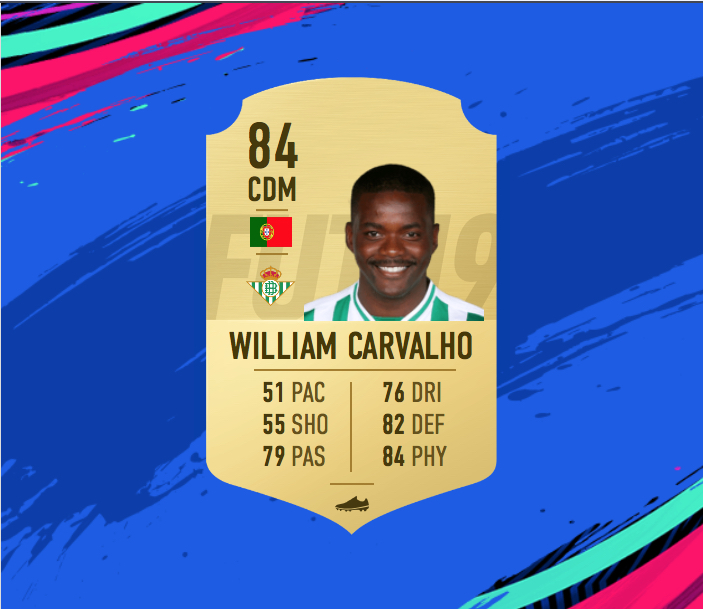 An 84 rated player for less than 1,000 coins? Yes please. William Carvalho is someone who is perennially rated very highly in FIFA, and his move from Sporting Lisbon to La Liga finally allows him to be easily slotted into your starting XI.

While his pace is a let down, he is the perfect anchor for your midfield, allowing you to include some more attacking options alongside him. 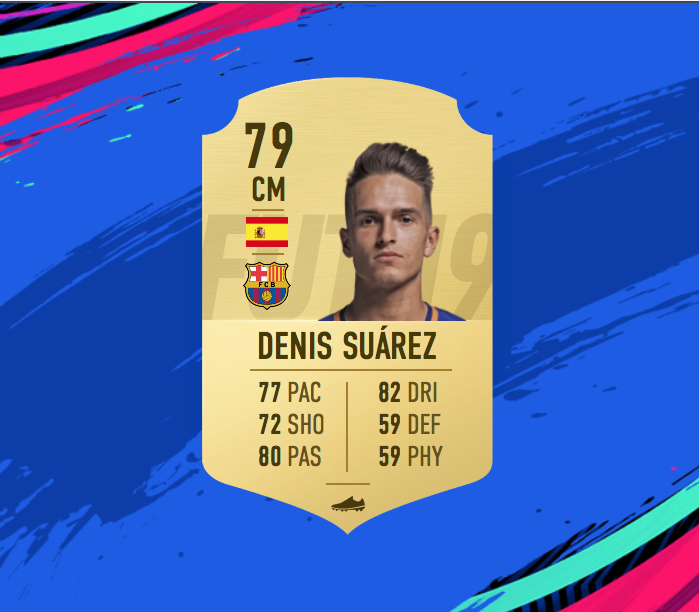 Suárez is an excellent attacking midfield option, and he should be able to do a bit of everything in your team.

While his defensive abilities are lacking, placing him alongside someone such as Carvalho means you can let him advance towards the opposition goal without having to worry about tracking back. Should be able to contribute a decent number of goals and assists in your team. 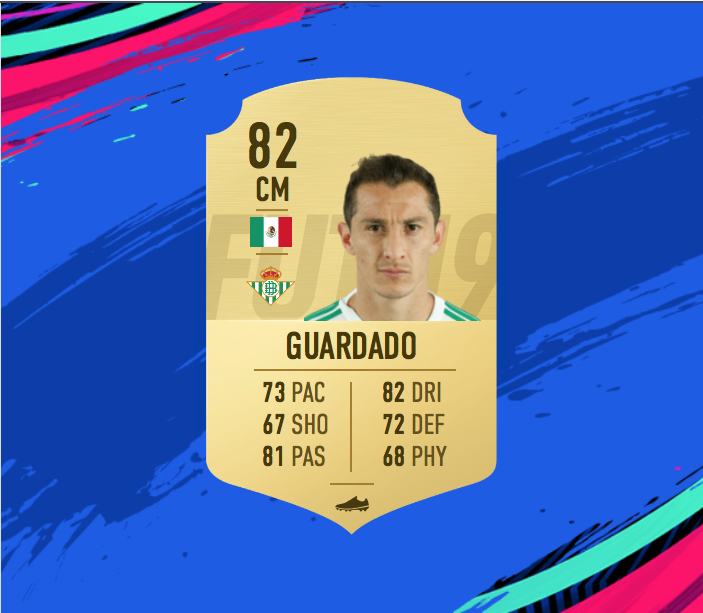 Guadrado has a very balanced card. He is not spectacular in any one stat, while not really lacking in anything either. A good option to have as your third midfielder. 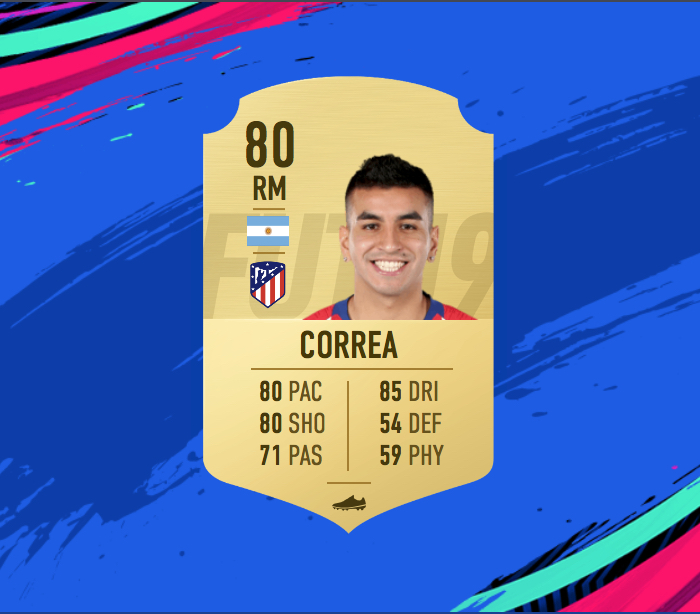 While you would prefer for your wingers to possess a bit more pace, Correa makes up for it in his other stats.

His dribbling is excellent, meaning you should not have a problem in going by opposition defenders, while his shooting isn't half bad either. 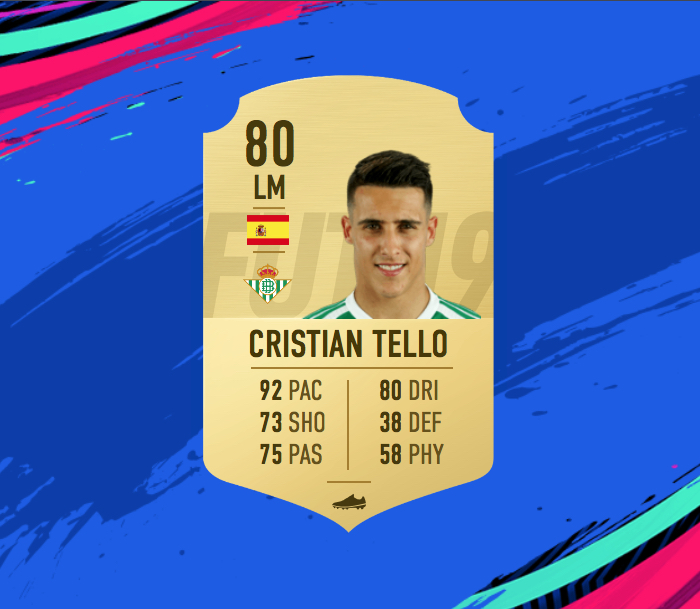 The left wing position is often the most crucial in a FIFA team, especially if they are cutting in on their right foot.

Tello can do just that, while his four star weak foot means he can still put in decent deliveries on his left. The pace is obviously the main attraction here, but he can contribute in other ways too. Definitely one to pick up on the cheap. 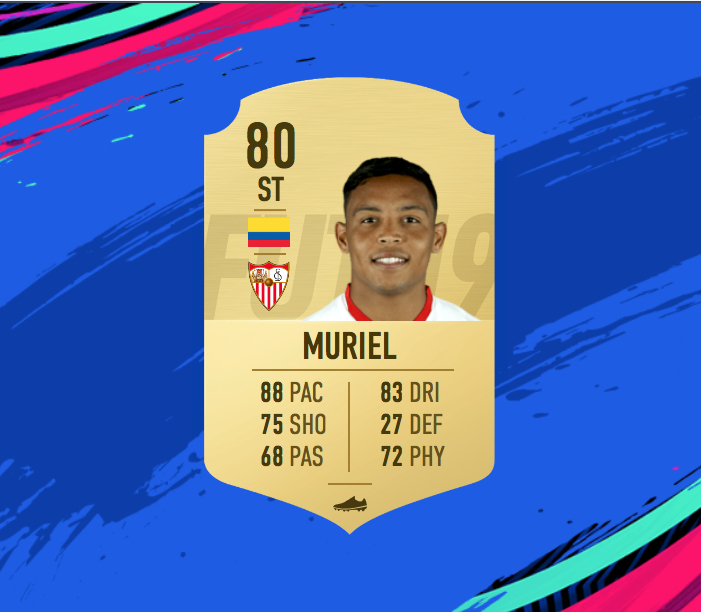 Here is your match winner. Muriel's mixture of pace, dribbling and finishing make him a deadly proposition up front, and he is the perfect player to lead this team.

He should bag a hatful of goals in this team. 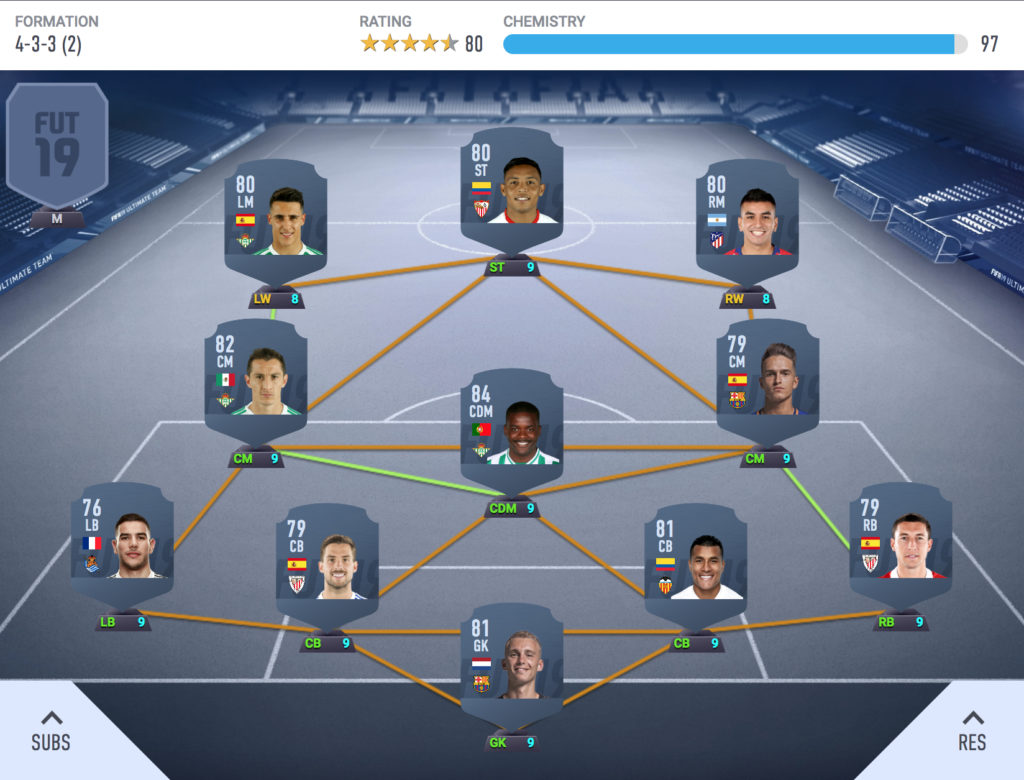 And there you have it, the perfect team to begin your FIFA 19 Ultimate Team experience. It has a good mixture of solidity and attacking flair, and all for less than 15,000 coins.

Of course this team may not be to everybody's tastes, but you should be able to use at least a few of these players starting off. Round out your bench with some cheap replacements, and you have yourself a pretty decent squad.

SEE ALSO: Here's How To Use The FIFA 19 Web App