Now that FIFA 20 has finally arrived, the trickiest aspect of starting the game is what ultimate team to build. With the vast array of players available on the game, having a one-track mind is key to picking a team suitable to you. However, if you need a hand, we've got a starter team that can blow other squads out of the water.

The crux of a starter squad is to find a balance between value for money and quality. This starter squad won't break the bank, meaning you can save up for your dream squad. However, it won't let you down when it comes to quality.

At the beginning of the game, major leagues and popular nations are usually the most expensive cards. It's best to shy away from those cards. Hence, we've plumped for an Eredivisie squad, with a few Dutch players dotted around the squad to add quality.

This squad won't cost you more than 20,000 coins, which should be easily accrued at the start of the game thanks to rewards and coin boosts.

We've plumped for a standard 4-3-3, because balance is key. 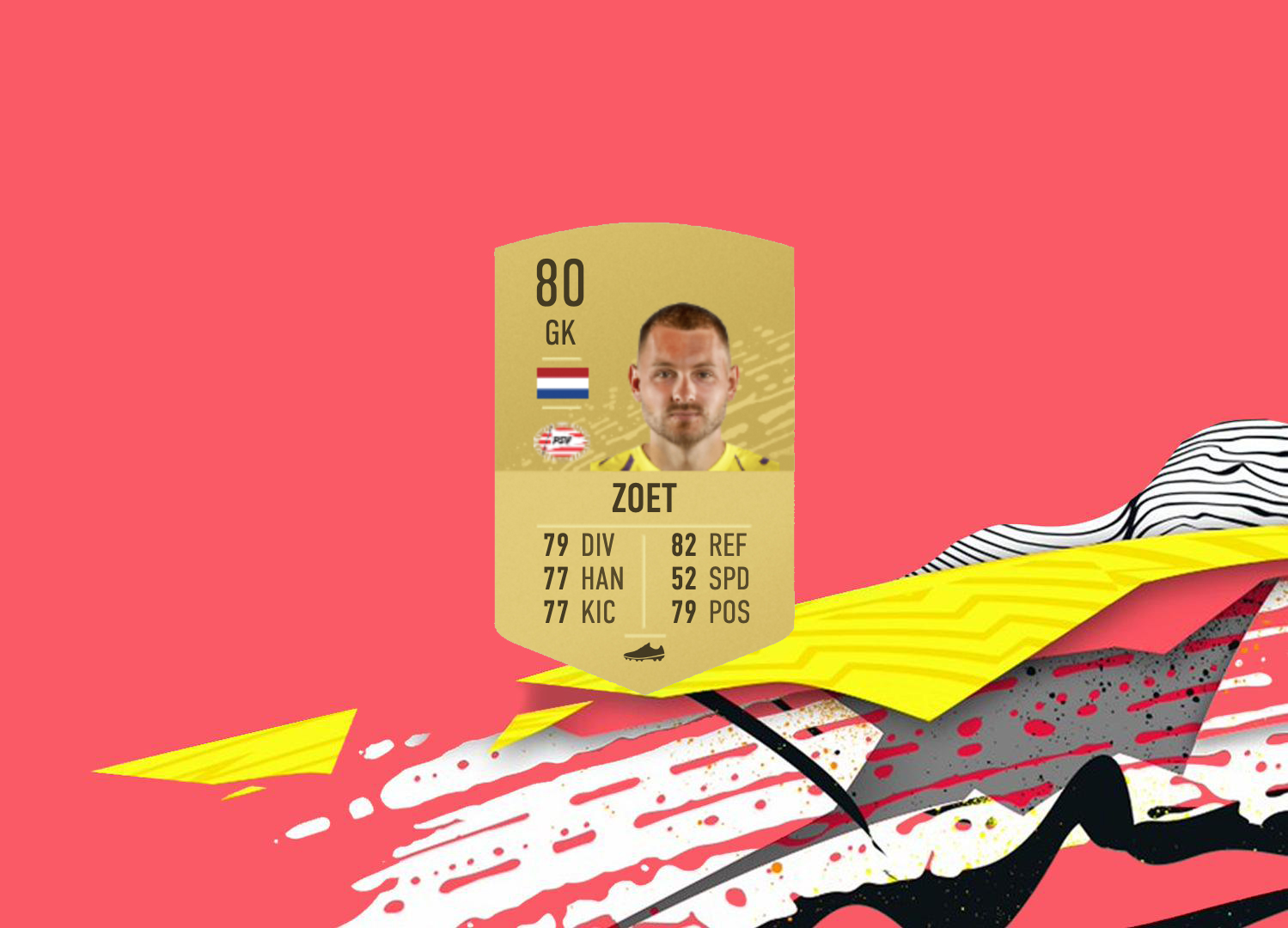 There are a few options for goalkeeper, not least Valencia goalkeeper Jasper Cillessen. However, in order to keep an Eredivisie flavour, we're going to go for PSV stopper Jeroen Zoet. The price for Zoet will only decrease from here on, but 1,200 isn't a significant outlay for a solid goalkeeper. 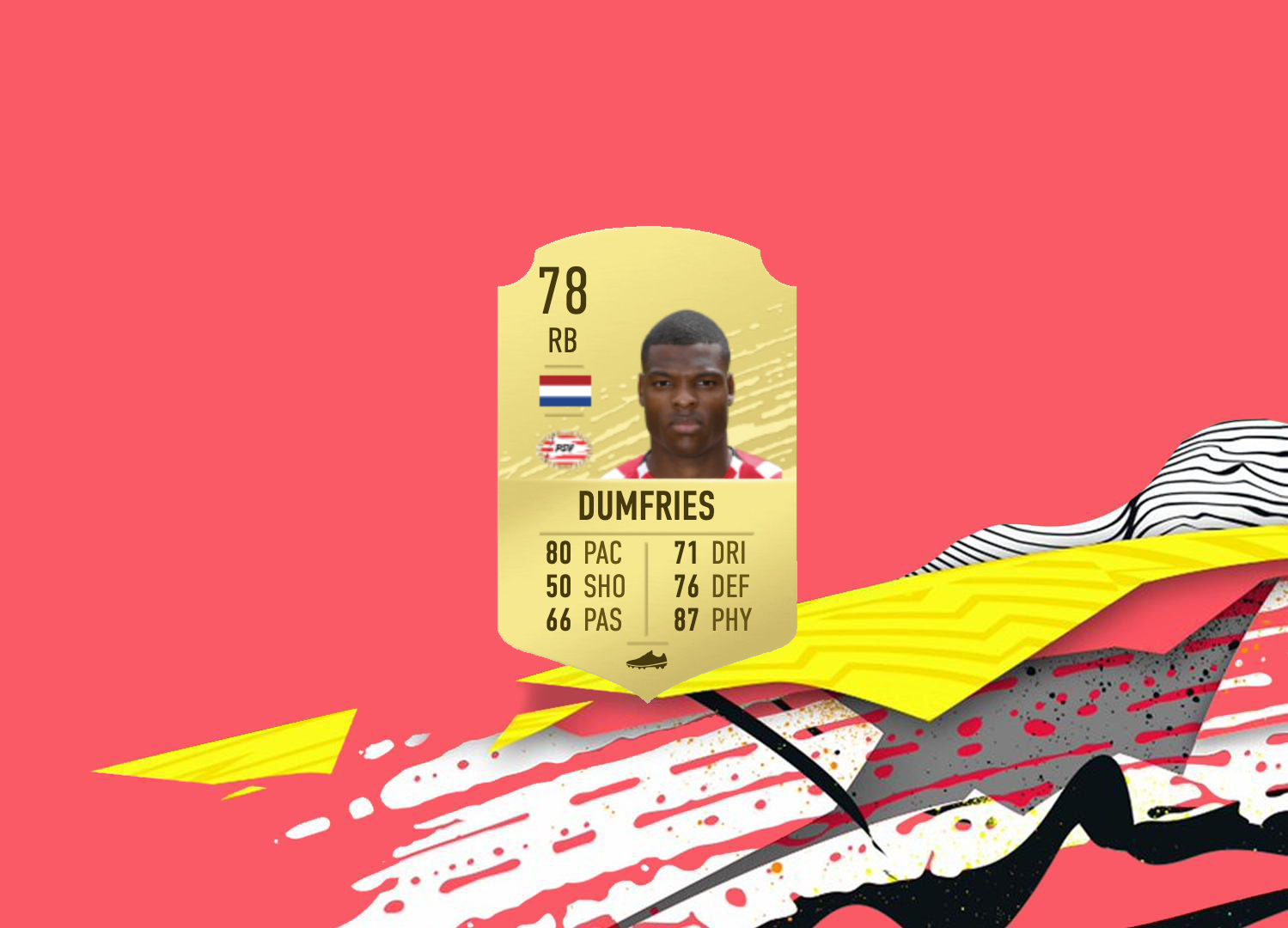 At full-back, you need players that can effect both sides of the both. Denzel Dumfries is one such player. Although not the fastest player in the game, Dumfries has enough pace to get up and down the pitch. The right-back also has excellent physical stats which can be used to bully wingers. For a touch under 1,000 coins, you can't go wrong. 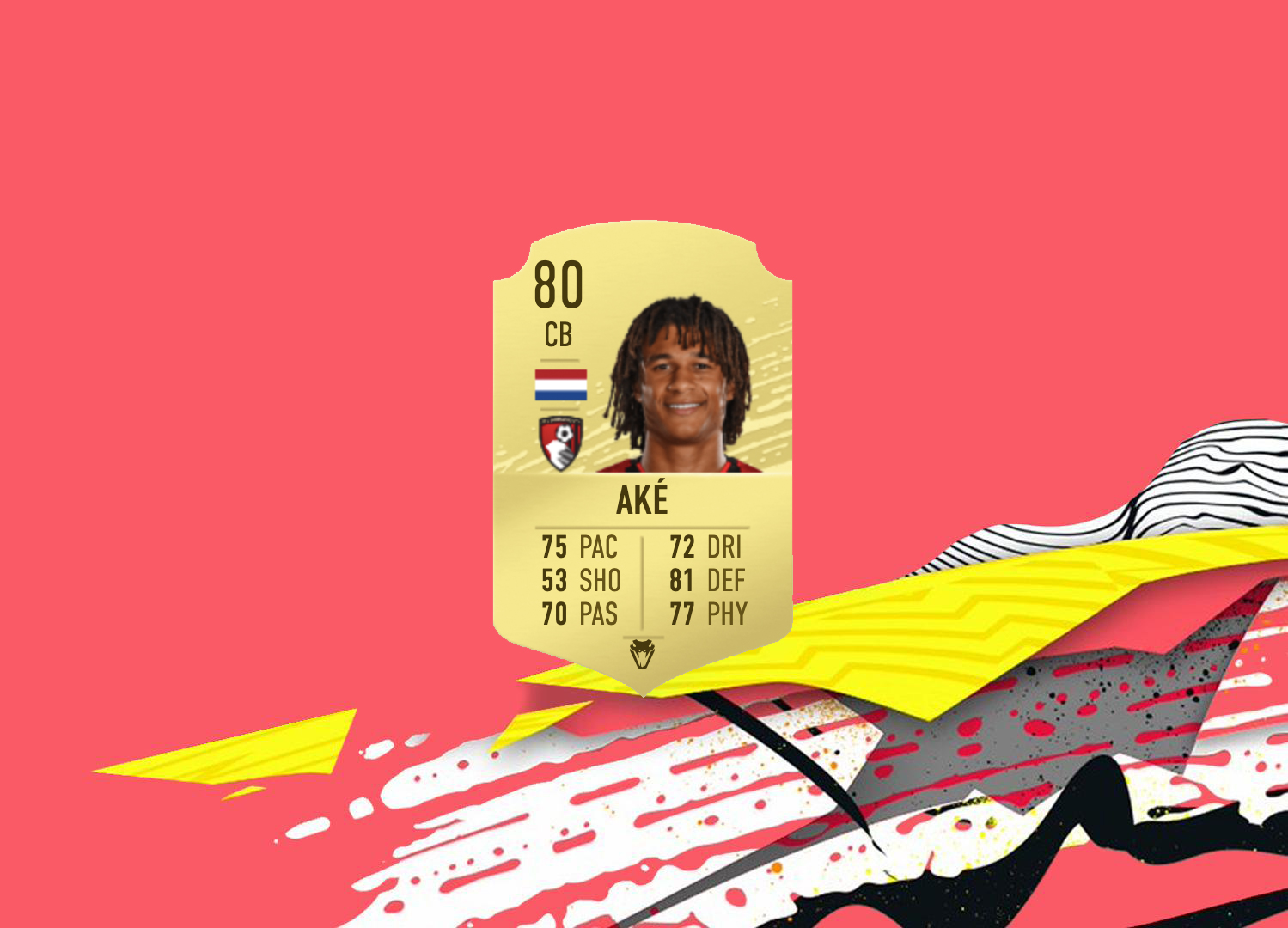 The first step outside of the Eredivisie is to the south coast of England to get Dutch defender Nathan Ake. If the near half-a-million coins needed for cover star Virgil van Dijk is outside of the realm of capabilities, Ake represents value at around 1,300 coins. Great pace for a centre-half, combined with solid defending and physical stats, Ake basically plays like a baby van Dijk anyway. 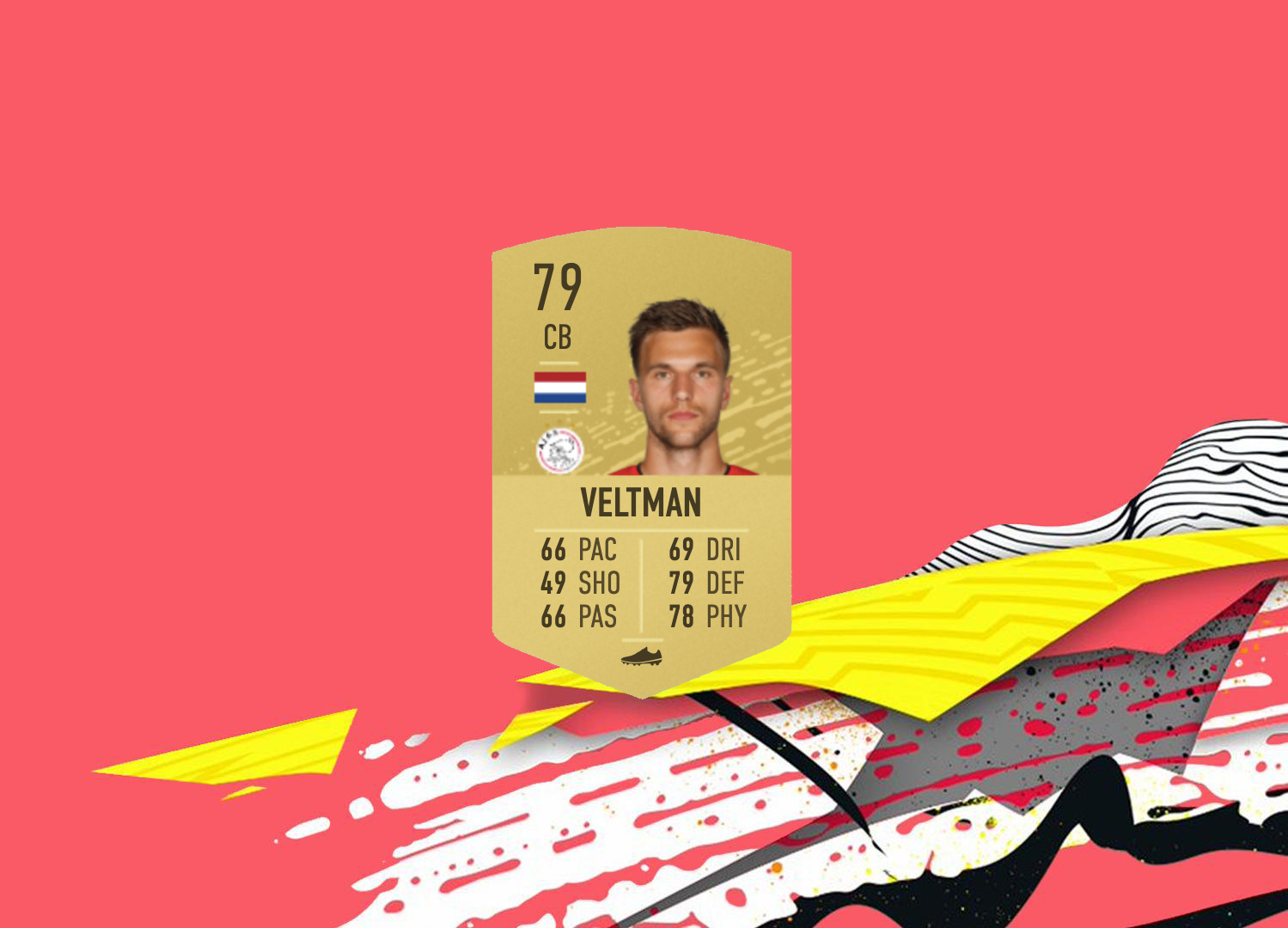 Veltman doesn't look like an extraordinary centre-half, but does everything well. The Ajax player's stats are just a tad under Ake's, but Veltman has an aptitude in defence which makes his 1,100 price-tag a steal. 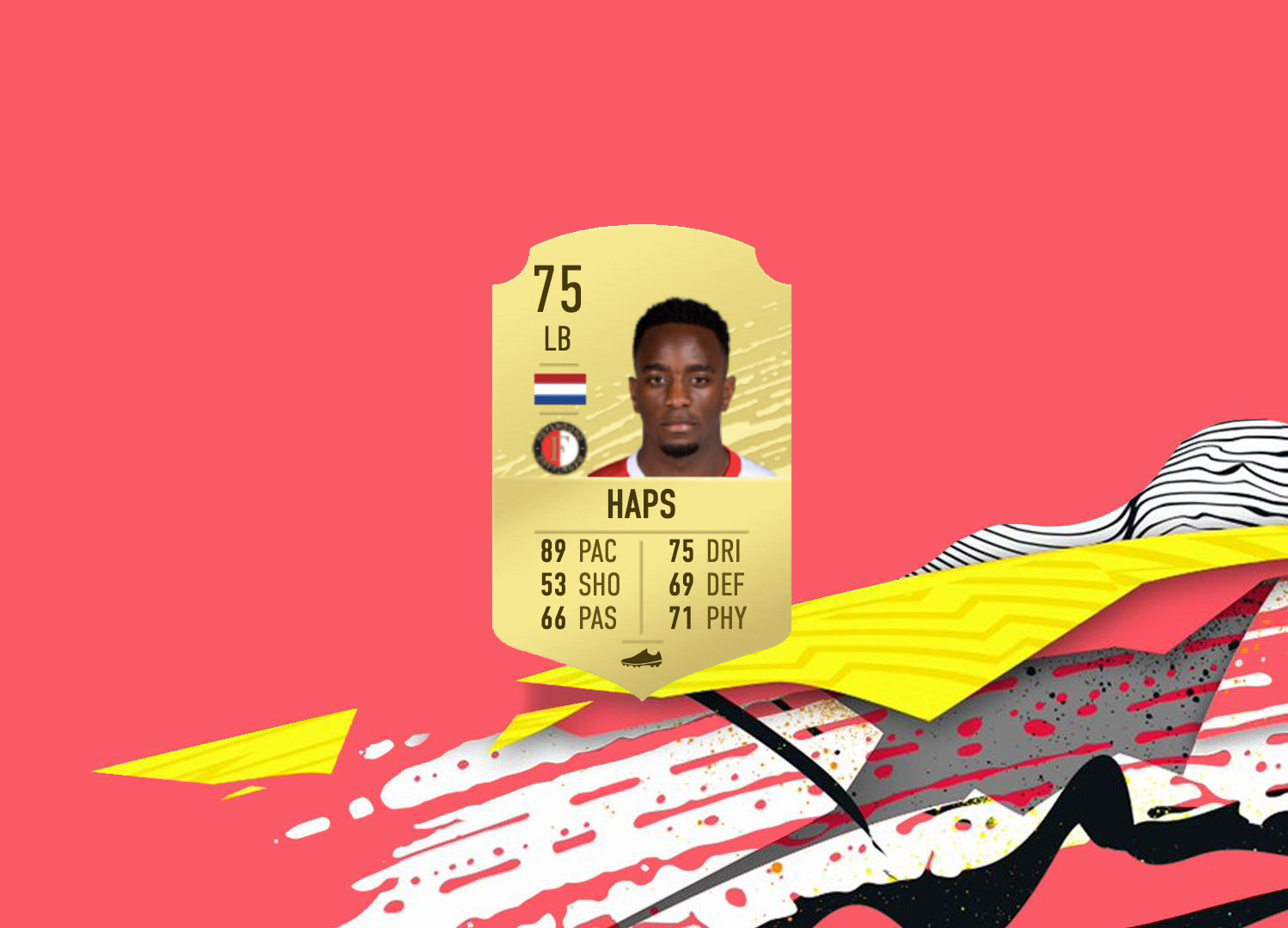 Usually, we'd plump for Ajax left-back Nicolas Tagliafico instead of Feyenoord's Haps, but at the start of the game, Tagliafico's price has sky-rocketed owing to his first week in-form card. Hence, Ridgeciano Haps is a handy deputy. Although his defensive and physical stats aren't the best, the left-back makes up for it with his sheer pace. 1,000 coins isn't the biggest outlay for pace like that. 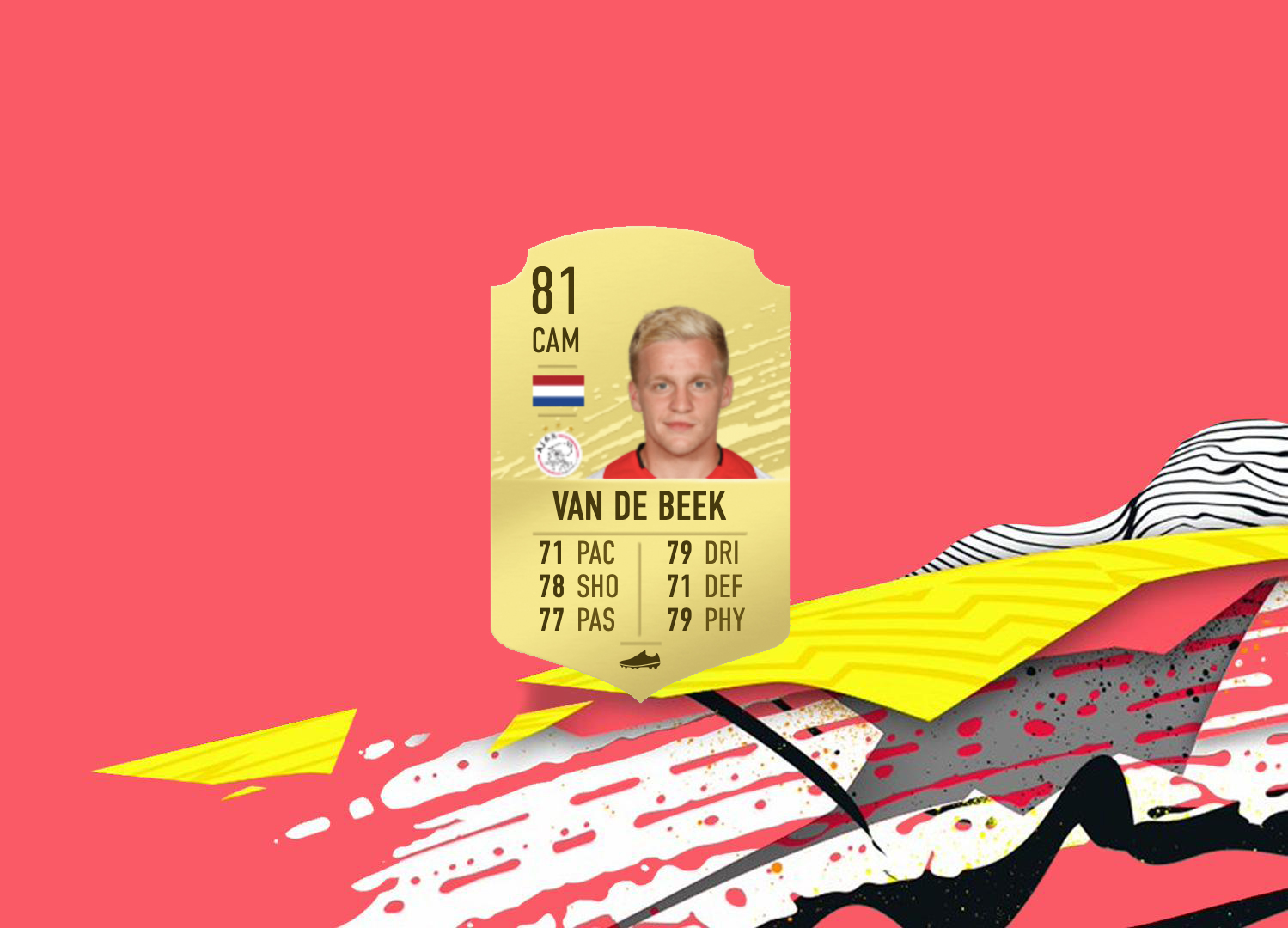 The crown jewel in this team. Although denoted as a CAM, van de Beek's best position is as a standard CM. The Ajax midfielder's stats are exemplary and extremely well-rounded, so his game has no particular weakness. Up and down the pitch, van de Beek excels. 1,300 coins, and the midfielder is worth every penny. 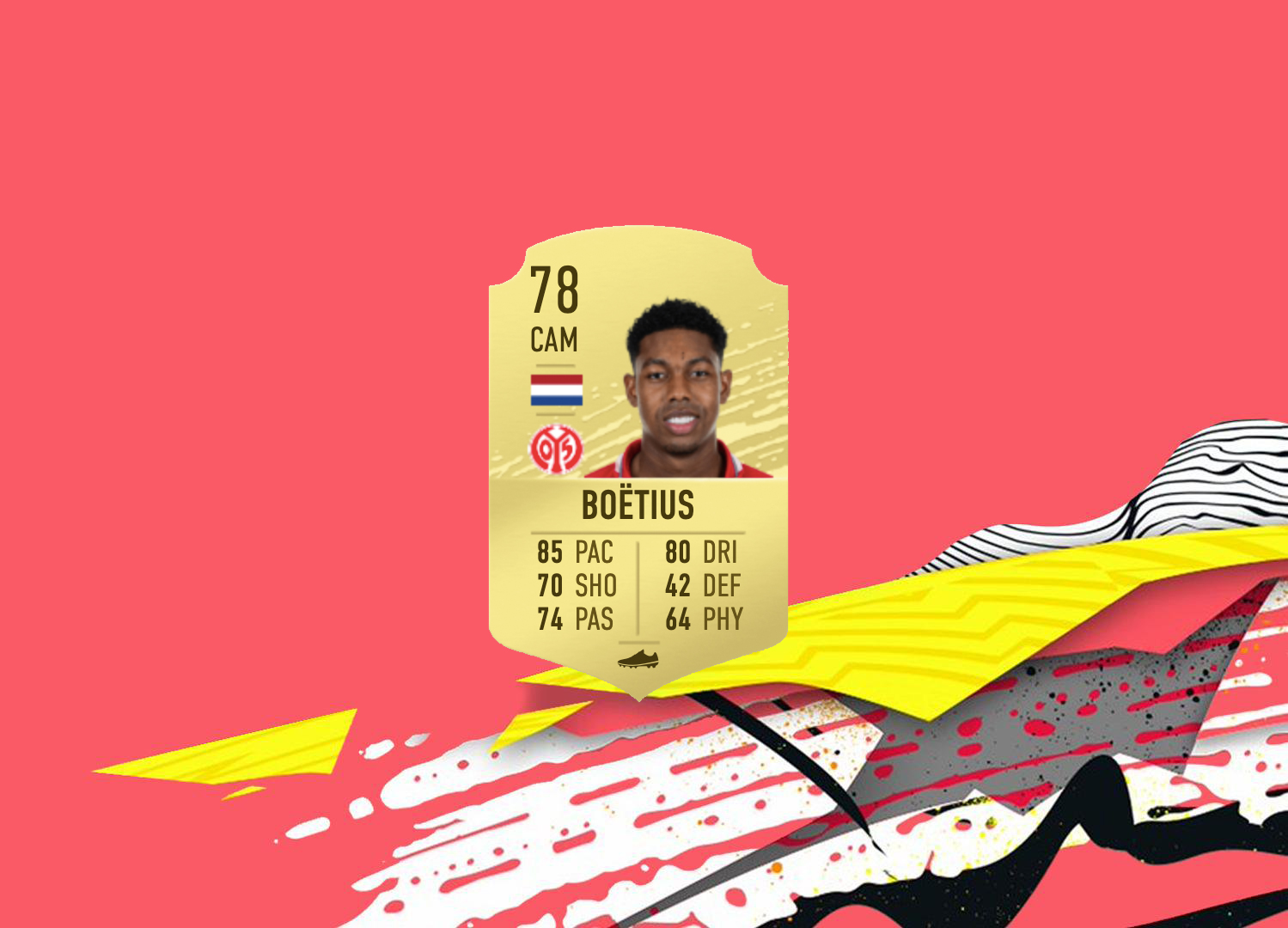 Another player denoted as a CAM who finds himself in the CM position, Boetius represents the guile and creativity in the midfield three. Only himself and Ake ply their trade outside of the Eredivisie, but with an all-Dutch side, chemistry isn't an issue. 700 coins too, what a bargain. 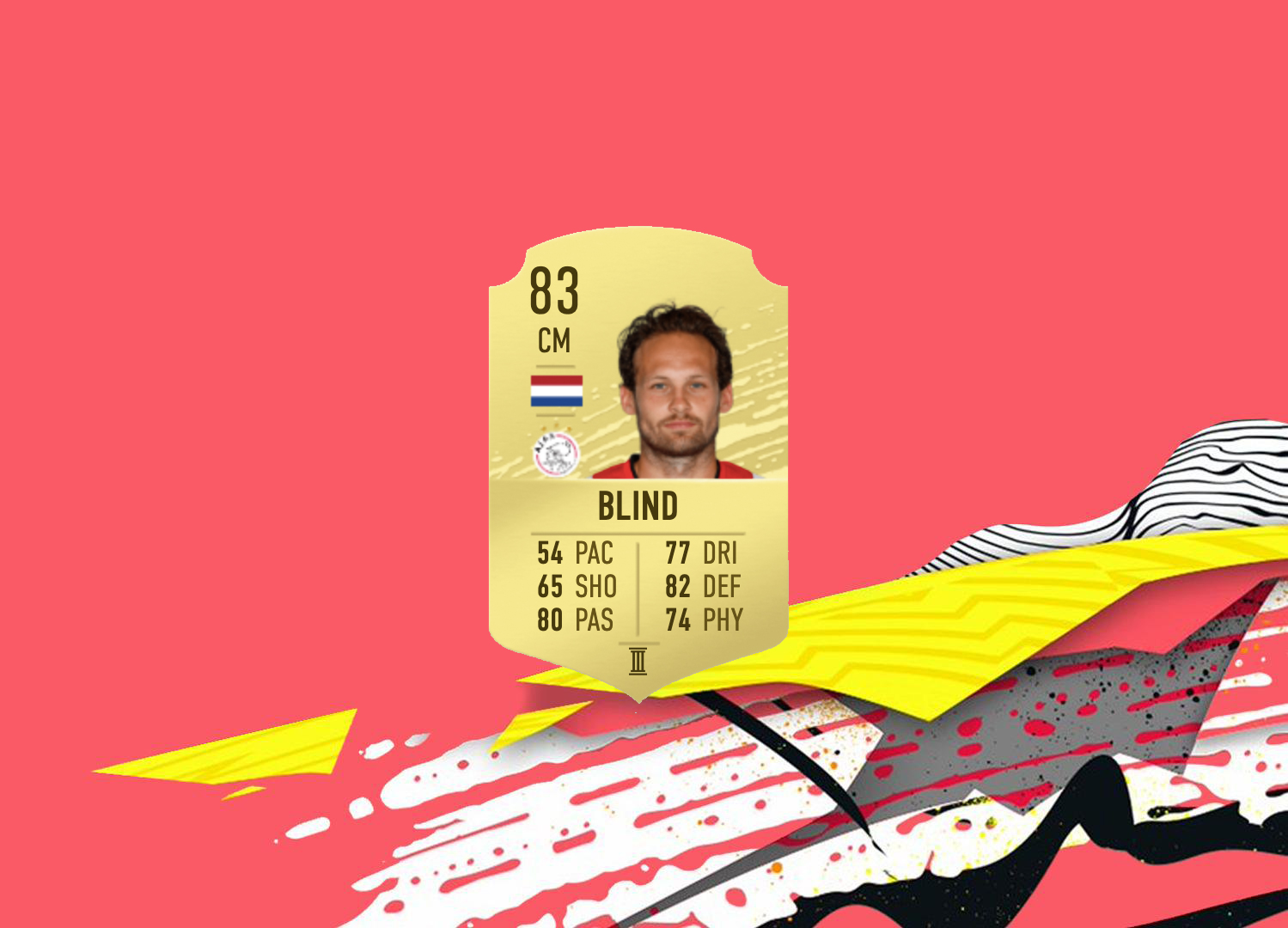 The defensive anchor in the midfield three, Blind finds himself as an 83-rated CDM this year thanks to his performances for Ajax last season. Although not the quickest, Blind's passing and defending are enough to make him an adept holder in the midfield three, allowing Boetius and van de Beek to do their stuff up the pitch. For this, Blind will set you back around 2,500 coins. 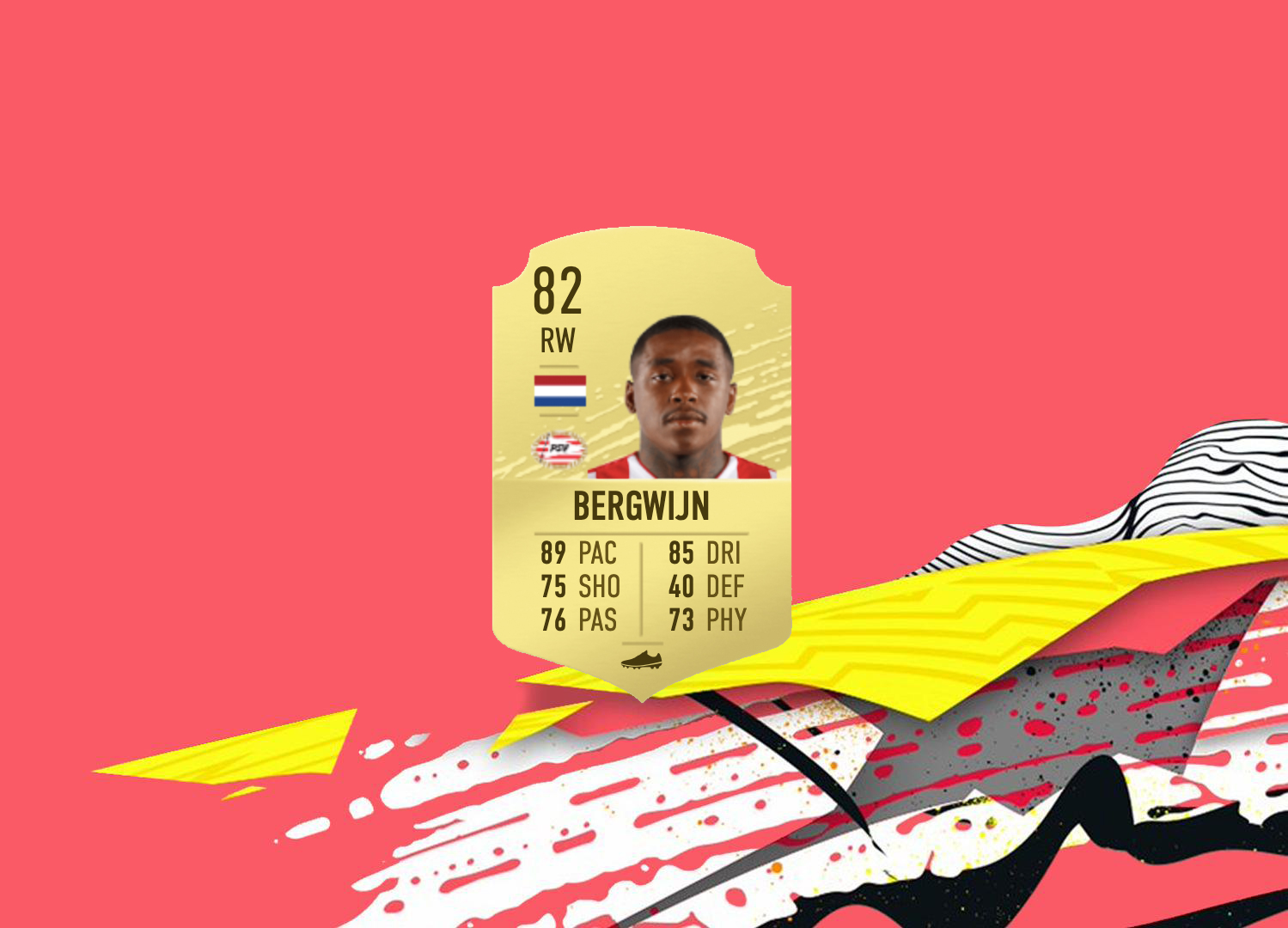 Now, we're getting into the pace. On the right, Steven Bergwijn has got pace to burn and dribbling skills to boot. For 1,400 coins, you won't find many other wingers with Bergwijn's combination of speed, skill and, surprisingly, finishing ability. 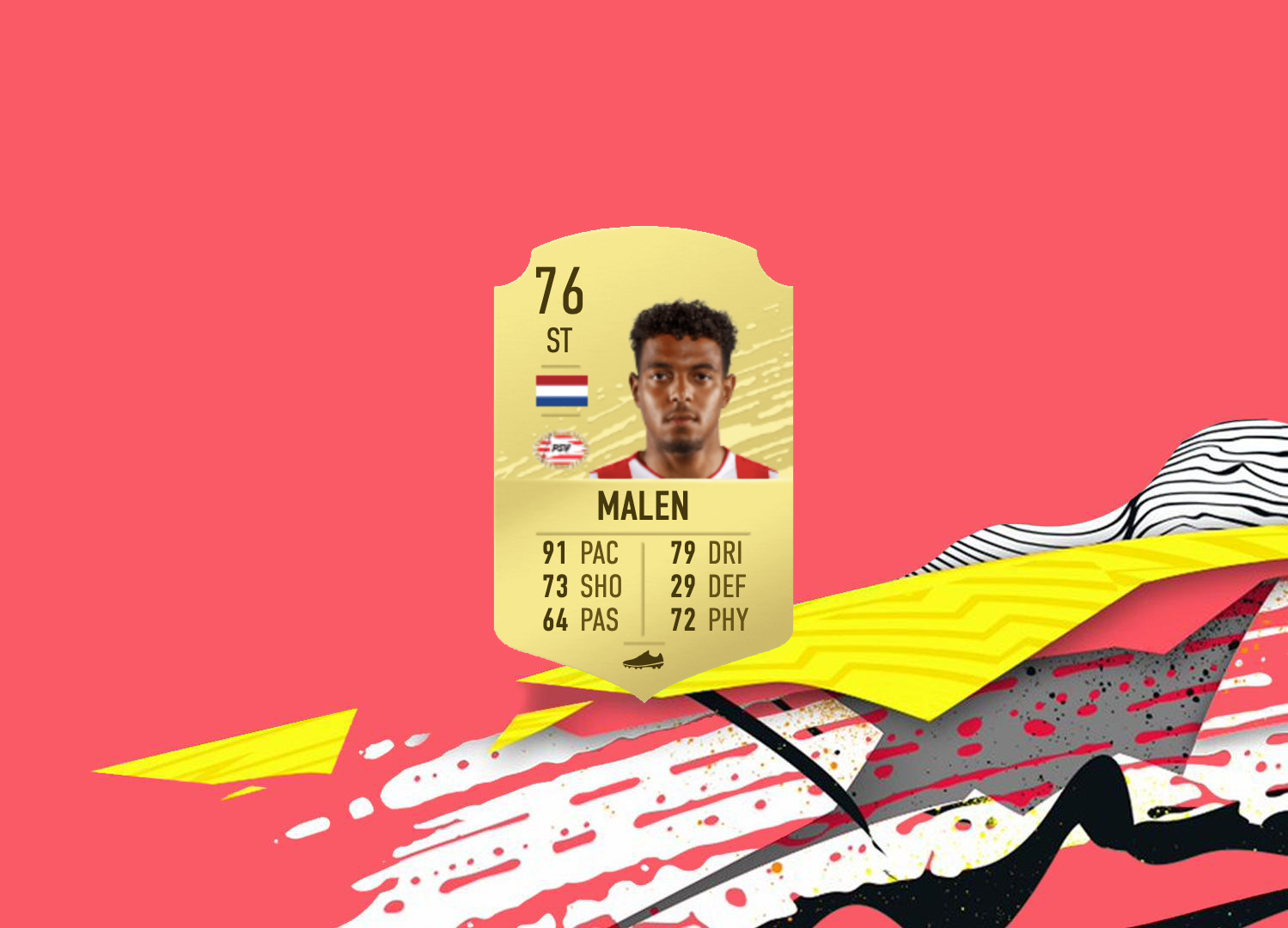 Now, if you can afford Malen's in-form card, you'd be a fool not to buy it. However, for those of us on a budget, his regular card is just as good. Although his shooting may be erratic, his pace more than makes up for it. Malen playing on the shoulder of the defence should be enough to get a few one-on-ones per match. For 800 coins, that's a bargain. 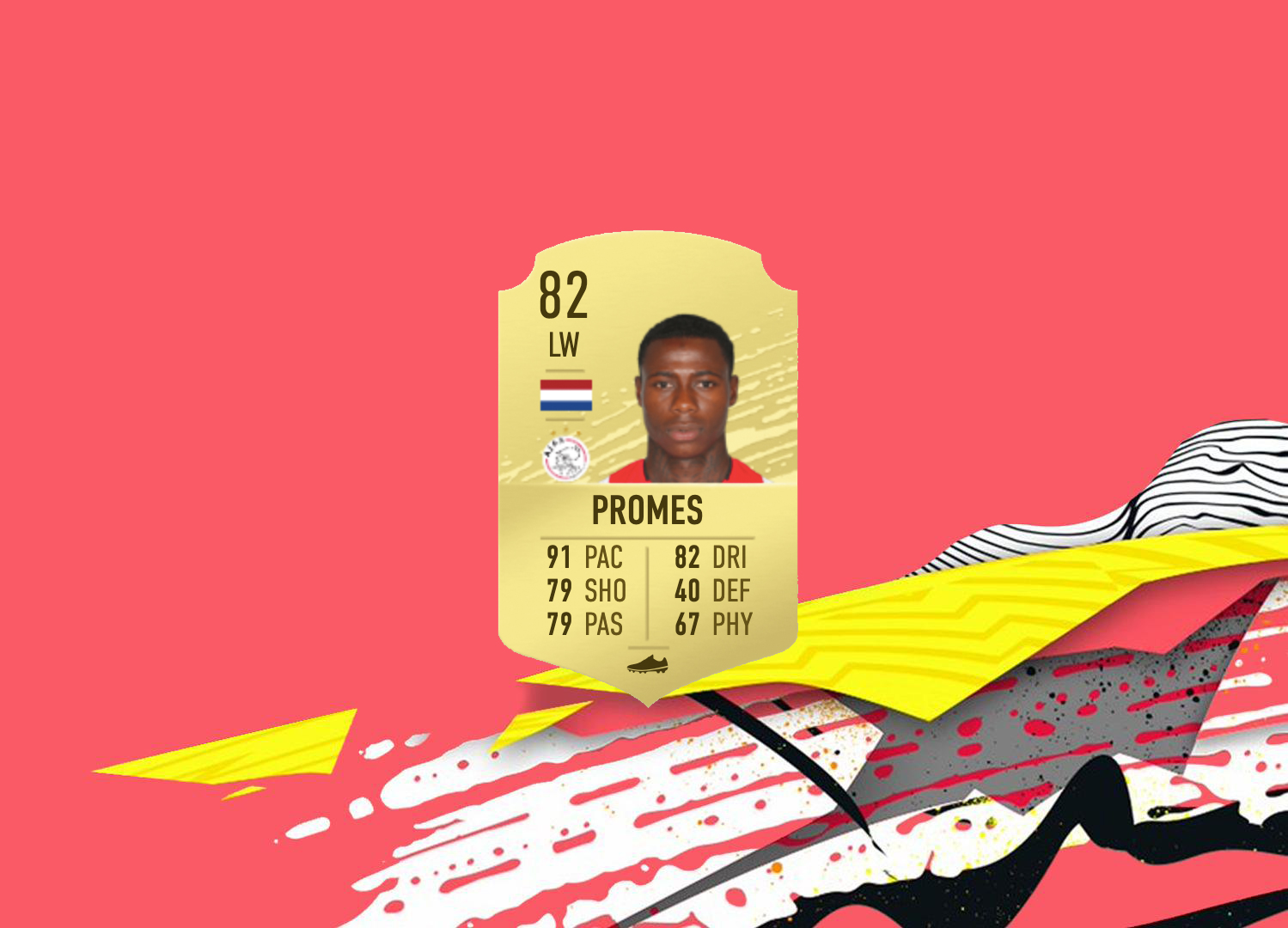 Although Promes' card is only one overall less than his Sevilla card last season, the game seems to have forgotten just how good this guy is. Promes was shoehorned into many sides during FIFA 18 whilst he was still at Spartak Moscow, so now that he's returned home to the Netherlands, chemistry won't be an issue. Pace, five star skills and a four star weak foot. 2,400 coins gets you all that. 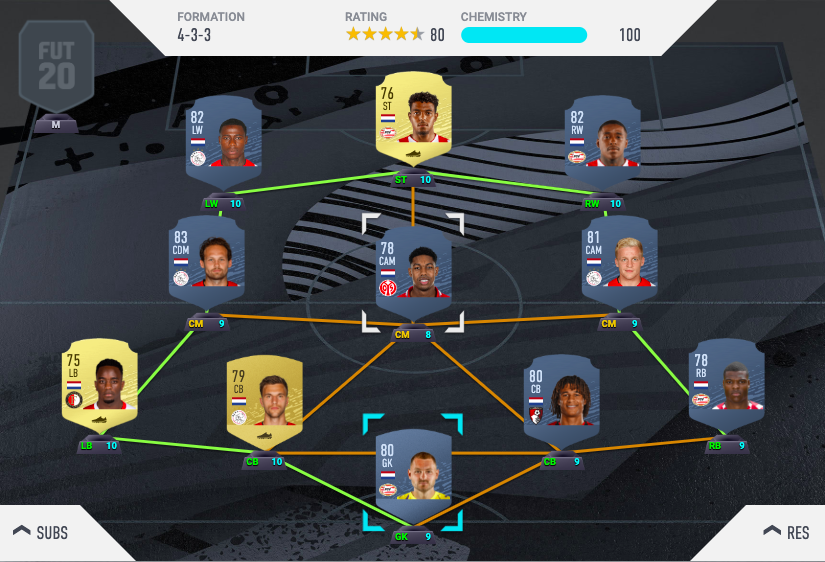 The total outlay for the squad is around 15,000 coins. There is scope to bring in more expensive Eredivisie players such as Hakim Ziyech and Dusan Tadic. However, the bulk of this squad is good enough to contend at the beginning of the game's life-cycle.

For the 5,000 coins left over, you have plenty left to flesh out your bench with adept players. Although the team may not be for everyone, it should provide a stable footing to kickstart your FIFA 20 ultimate team journey.

SEE ALSO: Watch: Jordan Henderson Was Raging With One Aspect Of FIFA 20 Rating

Gaming
2 months ago
By Balls Team
The Ireland Squad From FIFA 2005 Was A True Thing Of Beauty
Gaming
6 months ago
By Mark Farrelly
There Are Massive Deals On FIFA 20 And Red Dead Redemption 2 For The PS4 Right Now
Gaming
6 months ago
By Sean Meehan
Nicky Byrne And A Host Of Celebrities To Take Part In eSoccer Aid On Fifa 20
Popular on Balls
The Rewind
59 minutes ago
By Gary Connaughton
Quiz: What Does This Irish Word Mean?
Football
1 hour ago
By Emmet Bradshaw
The Goals That Define Wayne Rooney's Incredible Career
4