How To Build An Ultimate Team Hybrid Squad On FIFA 20

With FIFA 20 having been out for a week now, our Ultimate Teams are starting to take shape. One of the most difficult decisions each year is deciding what league to base your team around. But as we will explain, you don't have to pick just one. We will show you how to build an Ultimate Team hybrid squad on FIFA 20.

Using a hybrid squad increase the size of your potential playing pool, and allows you to have far more choice in putting your team together. It's also really easy to do.

How To Build An Ultimate Team Hybrid Squad On FIFA 20

First of all, we should explain what a hybrid squad is.

A hybrid team is one which features players that are not all from the same league or nation. The main advantage of a hybrid squad is that you can mix and match players from a couple of leagues, allowing you to choose form a larger pool of players.

They are especially useful in the first few weeks after the game is released, before the market is flooded with in-form player items.

A high chemistry score on your team is essential, and mixing and matching players from different leagues can severely affect this rating. If your chemistry rating is low, it will lower your players' ability on the pitch. For this reason, you need to be careful when constructing your hybrid squad.

The key to building a good hybrid team is to find a nationality that you can use to link two leagues. Not every player in the team will have to be of this nationality, but you will need to use them in some key positions. Using central positions to achieve this is the easiest way to do it.

Take this Premier League-La Liga squad as an example. 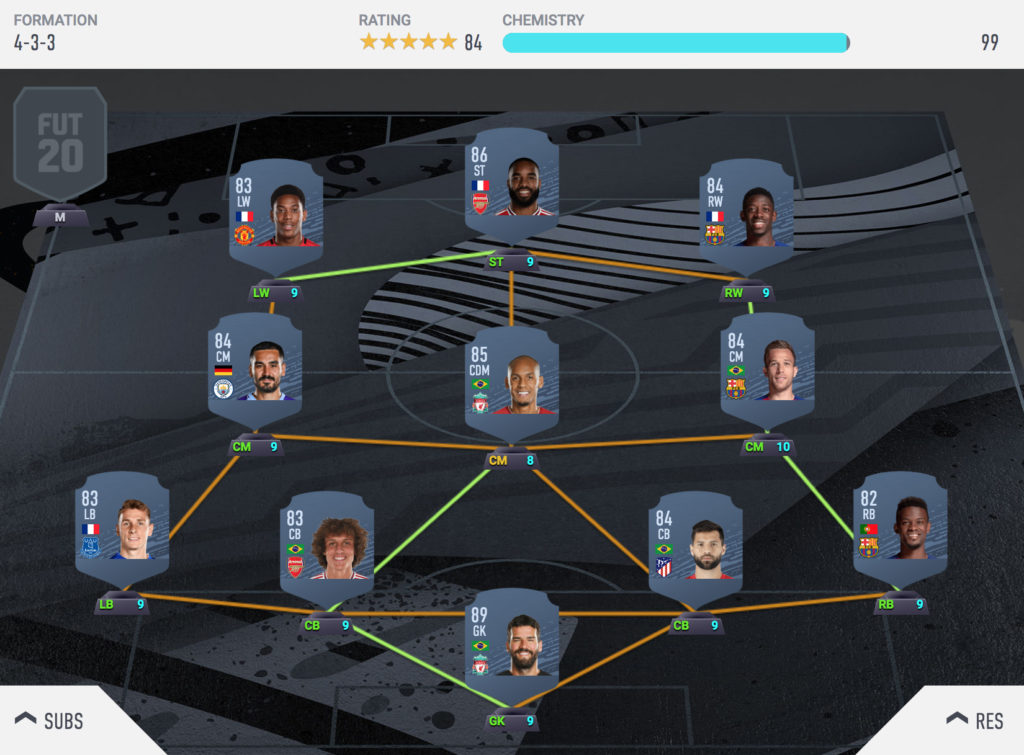 This is a great example of a hybrid squad. The Brazilian contingent is key here, with plenty available in both the Premier League and La Liga. We also used the French connection up top to change things up a bit, although we could have put any nationality in that left wing spot.

This squad only has 99 chemistry, but that could be bumped by one with a positional change for Fabinho.

Another key aspect which we have not included above is the manager. If you require a further chemistry boost, you can use a manager from one the leagues present in your team.

A Premier League manager would give each player from the English top flight a one point chemistry boost.

Here's another example of a hybrid squad. 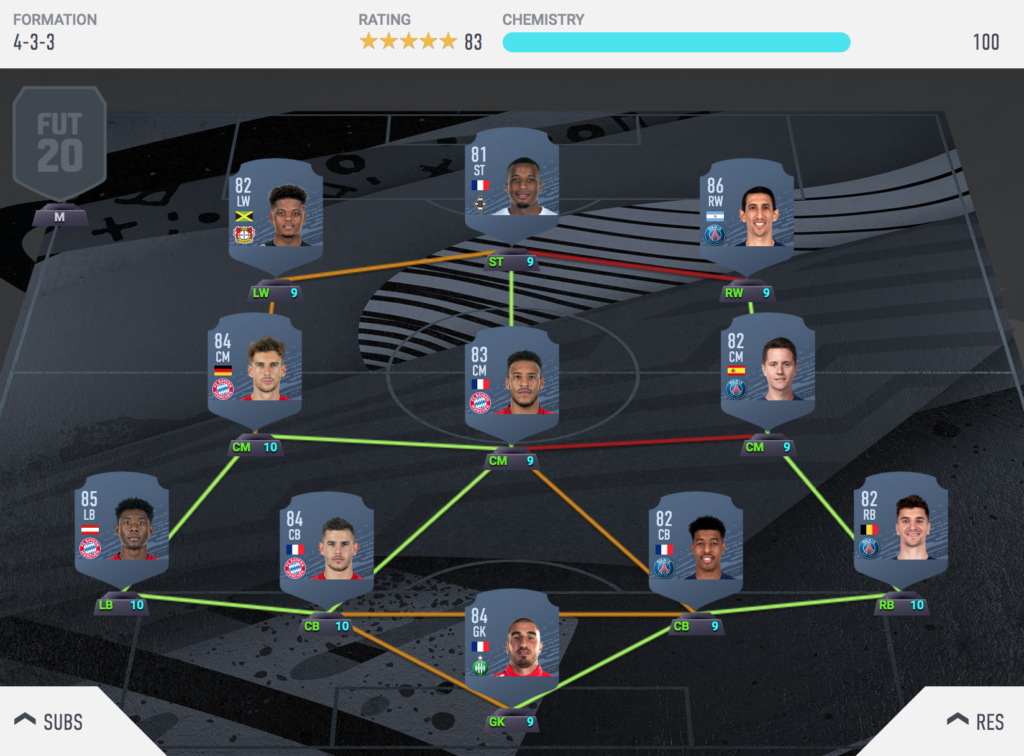 This Bundesliga/Ligue 1 effort is based around French players, of which there are plenty in the German top flight. Hernandez and Tolisso are the keys here, and you really could have had any Bundesliga striker up front.

After that pair, as well asa French goalkeeper and centre back, you can fill the rest of the squad as you wish.

There are countless nationality and league combinations that you can use to form your own team, but you can use the above squads as an example as to how it can be quite easily done.

Remember, the key is to identify league that share players of the same nationality, and then use them in central positions. The likes of Spain, France and Brazil tend to have players dotted around most of the top leagues.

Gaming
4 months ago
By Balls Team
The Ireland Squad From FIFA 2005 Was A True Thing Of Beauty
Gaming
1 year ago
By Mark Farrelly
There Are Massive Deals On FIFA 20 And Red Dead Redemption 2 For The PS4 Right Now
Gaming
1 year ago
By Sean Meehan
Nicky Byrne And A Host Of Celebrities To Take Part In eSoccer Aid On Fifa 20
Popular on Balls
Football
22 hours ago
By Luke Delaney
Obafemi In As Stephen Kenny Names 27-Man Nations League Squad
GAA
2 days ago
By PJ Browne
How A Kerry Guard Ended Up Playing For The Tipperary Footballers
Football
20 hours ago
By PJ Browne
Five Things Learned From Stephen Kenny's Nations League Press Conference
Motorsport
1 day ago
By Eoin Harrington
F1: New Team Radio Clips Show Sergio Perez Frustration With Team Orders In Barcelona