That's right, another weekend of football action in the books means another FIFA Ultimate Team Team of the Week to look forward to. Unfortunately, there are no Irish players in the 23 man squad, but that doesn't mean there's a lack of quality.

This week, the marquee player is none other than Barcelona star Antoine Griezmann. The French international had a terrific game as Barça ran out 3-0 winners over Eibar. Griezmann opened the scoring by springing the offside trap and converting a one-on-one. Griezmann also managed to notch an assist, deftly touching the ball around the corner for Lionel Messi to convert.

Griezmann isn't the only tantalising card on display for Team of the Week 6. Monaco's Wissam Ben Yedder was rewarded for his two goal haul with an upgrade. The French international scored two volleys in a 3-2 victory over Rennes, including a last minute winner. Also in the team is PSG's Angel Di Maria, who received his upgrade thanks to a two goal haul away to OGC Nice. The Argentine also had a hand in the other two goals the Parisians scored in the 4-1 win. In the Premier League, Abdoulaye Doucoure of Watford marked a man-of-the-match performance in his side's 1-1 draw against Spurs with a goal. The Frenchman produced a perfect midfield display for the Hornets. 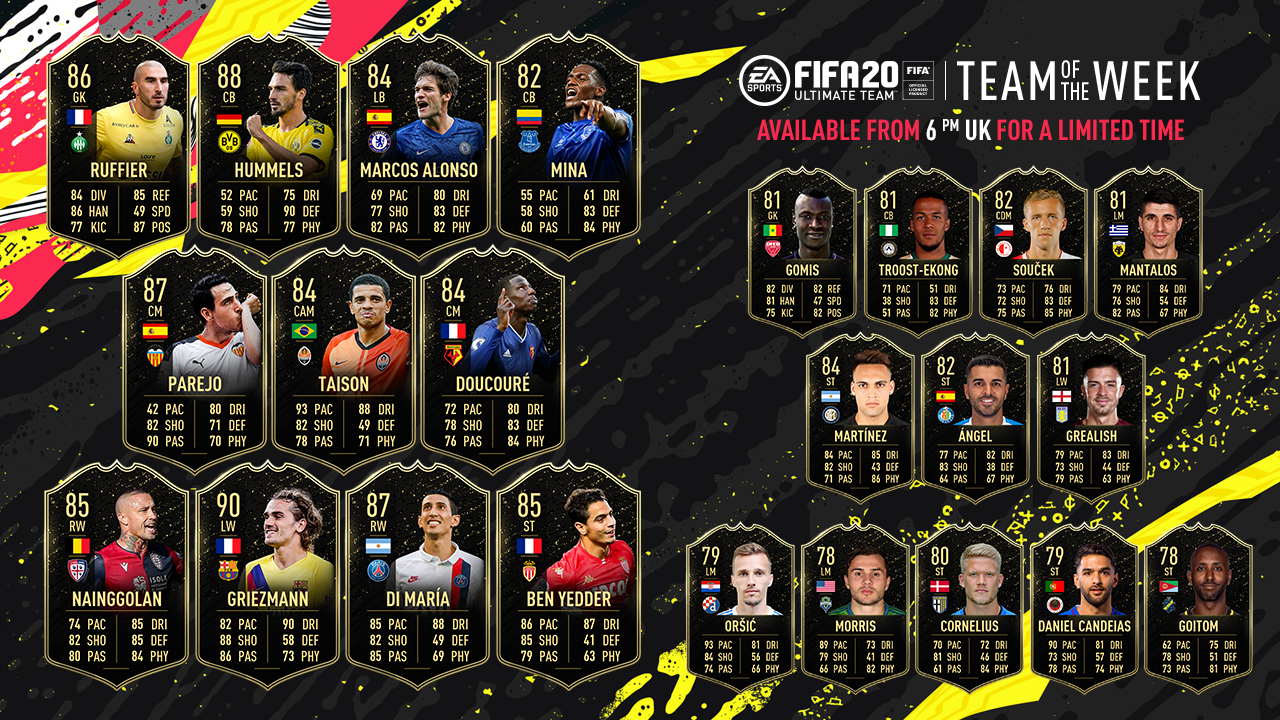 TOTW 6 will be available in packs from October 23 at 6pm GMT until 6pm GMT on October 30.

Team of the Week 6 antoine greizmann fifa 20 team of the week.