The Default Pro Evo Master League Players - Where Are They Now?

This article was originally published in December 2017 on Balls.ie by Mikey Traynor.

So many beautiful memories.

Any Pro Evolution Soccer fan from the glory days will, upon so much as hearing the words "Master League", break out into an emotional rant about the bonds they formed with the loveable muppets that Konami put into their clubs at the start of the Master League campaign.

It was the same for everyone. Pick a team (or create your own), pick a league, and enter Division 2 with nothing other than dominant glory on their minds. One little problem, your team was absolute crap.

While not blessed with skill or intelligence, this group of players bonded together and left their heart out on the pitch every single game, and we loved them for that. But what has become of the infamous 'PES United' team of 2003-2006? We at Balls set out to find out. 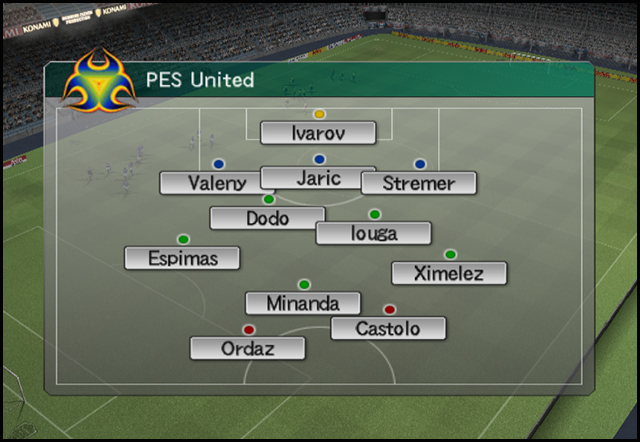 3-5-2 was the formation of choice way before it was "cool". An attack minded team, the two wide-men provided absolutely no cover to the sacrificial lambs at the back, the midfield was an absolute war-zone with total nutters Dodo and Iouga on patrol, but the front three was where the magic happened. Miranda pulled the strings, he wasn't willing to move much, but when he had the ball great things happened, and then the perfect combo of Ordaz and Castolo up front mixed a tempermental, slow-as-shit striker with an Olympic sprinter who clearly had some sort of eye-sight problem.

Despite all their glaringly obvious short-comings, we dearly loved these lads. Every last one of them tried their heart out before inevitably being replaced by the likes of Lee Carsley, Quincy Owusu-Abeyie, and Sidney Govou. Suddenly the local lads were replaced with stars (sort of), and it all lost a bit of heart. This brings up the question we strived to answer...

Where are they now? 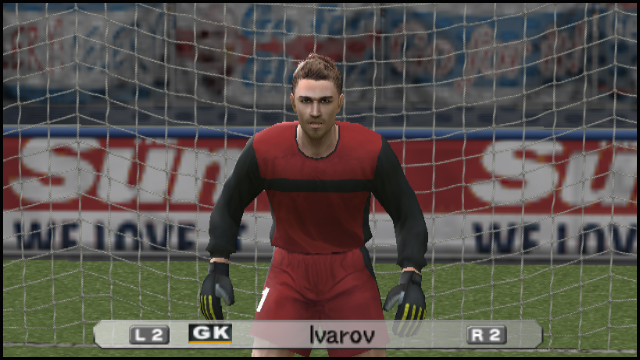 Ivarov was normally the last player replaced in the default Master League team, due to him actually not being that bad. After PES United gained promotion to Master League D1, Ivarov left as a free agent. Initially joining Birmingham City as a backup to Maik Taylor, the big Russian goalie returned home to Lokomotiv Moscow where he now continues to work as a goalkeeping coach. 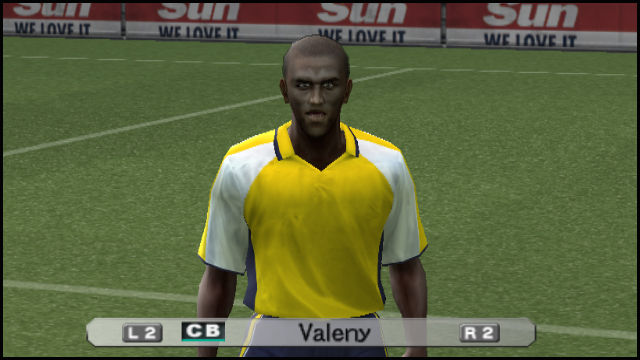 Famous for his last ditch challenges after everyone else had given up hope, Valeny was a true soldier. The unselfish defender never once went up for a corner kick, instead sensibly minding the house at the back. These traits caught the eye of Stade Rennais in Ligue 1, where Valeny played for five seasons before retiring at Young Boys in the Swiss city of Bern. He has since obtained a degree in criminal law and hopes to become an attorney. 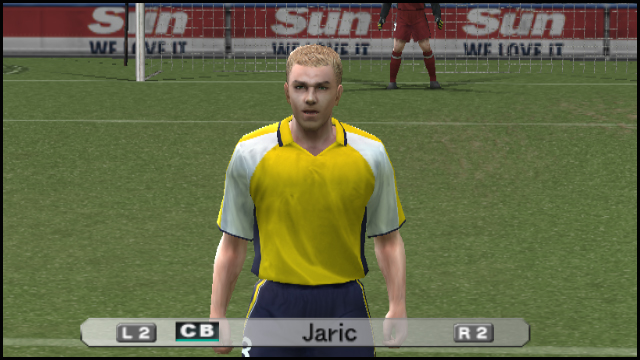 Croatian centre-back Jaric was a real player's player. Always willing to put his head in where most wouldn't put their feet, Jaric's career unfortunately ended prematurely as he was forced to retire at the age of 27 due to repeated concussions. He now teaches PE in a Zagreb private school. 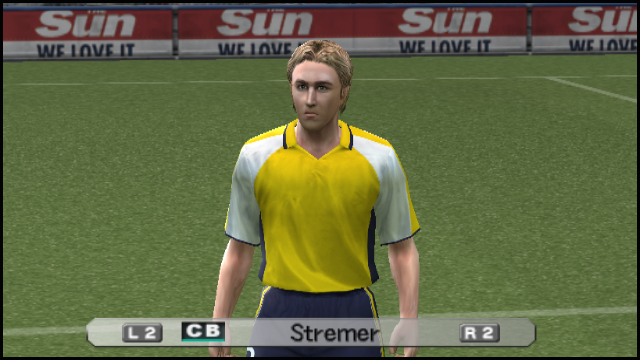 Reportedly a target for Arsene Wenger during his time at PES United, the man-mountain from Germany never got his dream move, and after an ill-fated switch to Werder Bremen where he made just four appearances in two seasons played out his career at Union Berlin in the 2nd tier of German football. 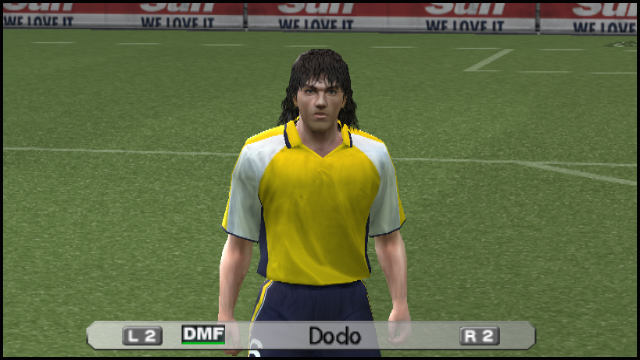 Equally adept at anchoring the midfield or playing at full-back, Brazilian hard-man Dodo was a complete and utter nut-job. After leaving PES United in disgrace following an attackon a fan at an open training session, "the birdman" returned to Brazil where he played four times for Fluminense before serving an 18-month ban for failing a drugs test. He was last seen running the show in Argentine non-league football while also front a popular rock band by the name 'Dodo & The Deadmen'. 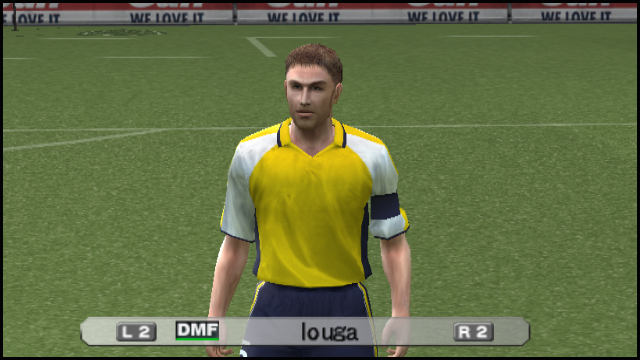 The heart and soul of every Master League team. Captain Fantastic. Iouga The Brave. Just some of the nicknames and superlatives used to describe an absolute hero of a virtual human being. The Roy Keane of Master League D2, Iouga stayed loyal to his boyhood club and went down with the ship after the liquidation of PES United, like a true captain. When the newly-formed AFC Pro Evo joined the Isthmian League, Iouga stayed on as player-manager, where he remains today at the age of 48. 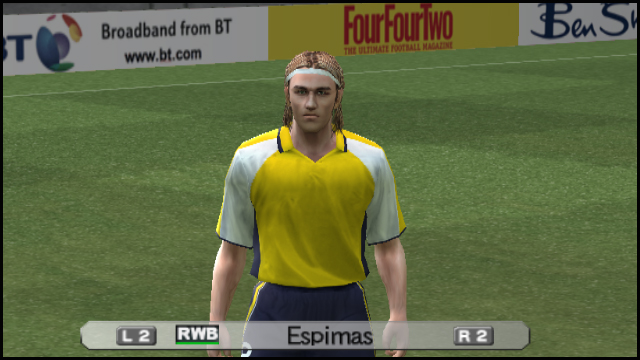 Flying Spanish winger Espimas didn't have the best start at PES United, but occasionally showed flashes of brilliance. He joined Palermo on a free transfer in 2006, and quickly became a star of Italian football. His rapid development saw him being picked up by Jose Mourinho's Inter Milan, where he helped the club to an incredible treble and came third in the voting for the Ballon D'Or behind Cristiano Ronaldo and Lionel Messi. Shockingly, he quit European football at the age of 32 to pursue a career as an underwear model. He now lives in Tokyo with his girlfriend and 11 children. 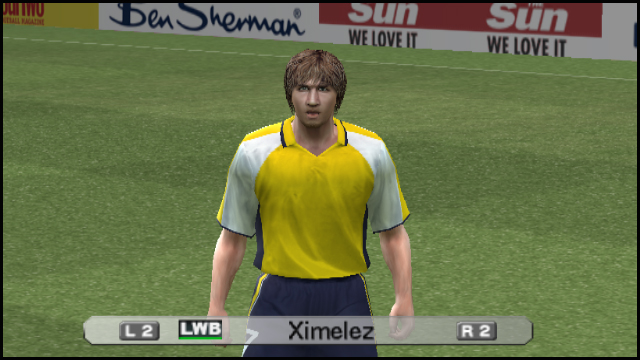 The man who's name nobody dared to attempt to pronounce did not see the same upward curve in career fortunes that his Spanish counterpart Espimas did. Ximelez returned to his home in the Basque region of Spain to play a bit part role for Athletic Bilbao before joining Portuguese outfit Pacos De Ferreira, where he retired in 2010. 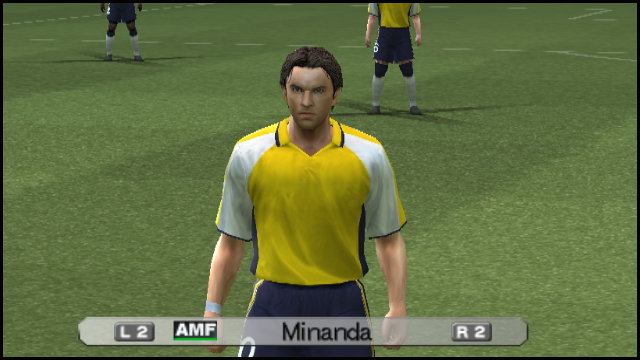 Without a doubt the most technically gifted of the default Master League side, Miranda could have won everything there was to win in the game if he actually gave a single solitary shit. He joined PES United after his release by Real Madrid Castilla, and following the club's liquidation he joined Qatari side Al Sadd for a bumper pay-cheque. His current whereabouts are unknown. 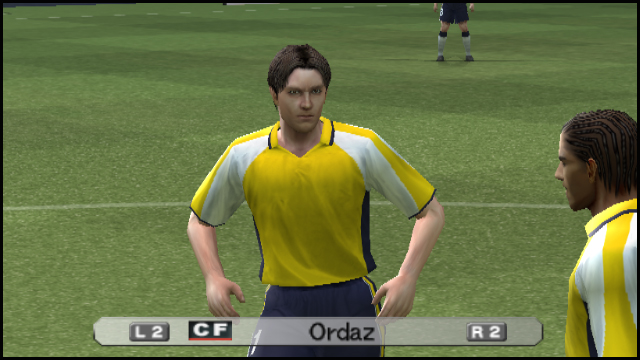 Mexican waster Ordaz was chased out of PES United by an angry mob of fans after the final game of the 05/06 season, where after wrestling the ball away from normal penalty taker Minanda, he casually chipped the ball two-feet over the crossbar. He returned to his homeland to play for Tijuana in the Liga MX until 2010, when he was arrested for trying to smuggle 10 kilos of cocaine into Amsterdam. He is currently serving his 6th year of an 18 year sentence. 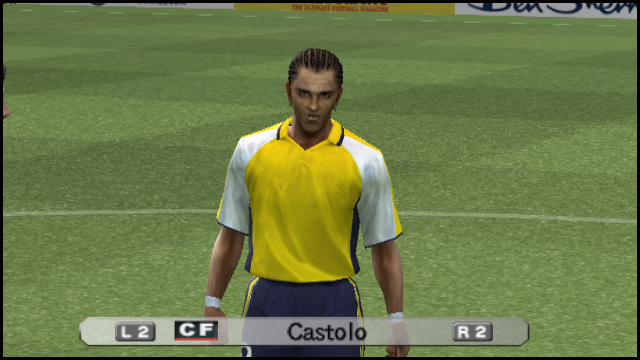 One of the fastest players ever to grace the game of football, Castolo had absolutely nothing else to offer. After netting 3 times in 37 games for PES United, Castolo returned to athletics where he won gold at the 2008 Beijing Olympics for Brazil in the 110m hurdles.

So there you have it. Some glamorous, some nasty, some worryingly mysterious. We are happy to finally have closure one what was a fantastic chapter for virtual football. The team that stole the hearts of a generation, the PES default Master League players will never be forgotten.