FIFA the video game is no more. The football governing body have announced that they are ending their partnership with EA Sports. Since 1993, FIFA and EA Sports have worked together to create the biggest sports game franchise on the planet. They have been in an exclusive partnership that has allowed EA Sports to use the FIFA name for their video game. However, from next year EA Sports' football game will not be called FIFA. Here is everything you need to know about the FIFA and EA Sports split.

Why did FIFA and EA Sports split?

The answer is simple, FIFA wanted too much money. EA Sports have to pay a licensing fee to FIFA every year for the rights to use its name. The licensing of its name has become FIFA's most valuable asset, earning them about $150 million a year. They had been in negotiations for a new licensing deal, but FIFA allegedly wanted over $1 billion over four years according to a New York Times report. That price was too much for EA Sports and as a result, the partnership is ending next year.

What will happen to the game?

The biggest change to the game will most likely be its name. EA Sports have already trademarked the name 'EA Sports FC', but could find a new name. They may look for a licensing with a famous footballer or football figure, similar to John Madden being the face of the American football game franchise 'MADDEN'. Maybe soon we'll see 'Mbappé 23'  or something like that.

EA Sports will now also lose the rights to the World Cup. When the World Cup is around EA Sports add special Promos into Ultimate Team and a World Cup game mode. They even used to make separate World Cup video games. Therefore EA Sports will lose revenue from that, but that only came every four years anyway so it won't make a huge dent.

What will FIFA do?

On the other hand FIFA are now looking for a new deal with different developers. It will be a major drop for the governing body to go from the biggest sports game on the planet to a start-up game. It would be a surprise if they can get the $1 billion they were reportedly looking for.

In a statement, FIFA said:

"FIFA will adopt a new commercial positioning in gaming and eSports to ensure that it is best placed to make decisions that benefit all football stakeholders.

FIFA is bullish and excited about the future in gaming and eSports for football, and it is clear that this needs to be a space that is occupied by more than one party controlling all rights."

So it looks like FIFA want to be in competition with EA Sports now. EA Sports have been basically untouched for at least 15 years now, with the last great PES game coming in 2006 with PES 6 . PES has rebranded itself to eFootball now, but the same results remain. FIFA 22 is dominating the market for football games and will do so for the foreseeable.

Next year promises to be an exciting one for football gaming. 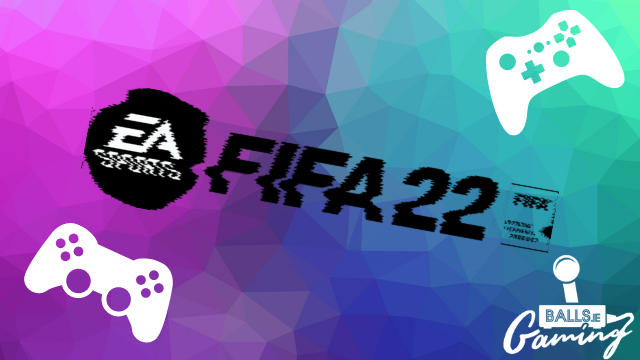 Gaming
10 months ago
By Sean Meehan
The 'Definitive' Best Song From Every FIFA Soundtrack Since FIFA 98: Road To The World Cup
Gaming
2 years ago
By Mark Farrelly
New Penalty And Free-Taking System Revealed In FIFA 20 Trailer
Gaming
2 years ago
By Mark Farrelly
EA SPORTS FIFA Have Announced A Partnership With Liverpool
Popular on Balls
Rugby
1 day ago
By PJ Browne
The Last Munster Team To Win Silverware: Where Are They Now?
Football
4 days ago
By Gary Connaughton
Darron Gibson Was Often Mocked By United Teammates Over Bobby Charlton Advice
Football
1 day ago
By Gary Connaughton
Paul Merson Feels Liverpool's Season Can't Be A Success If They Don't Win The League
Football
2 days ago
By PJ Browne
The Stars Of Sunderland Til I Die Season 2: Where Are They Now?