EA Sports have announced the latest FIFA 19 Team of the Week (TOTW), and there are some belting cards included.

Every week EA Sports browse the world of football, before selecting the best performers from that week's action to feature in their team of the week. Each player will receive an upgraded player card, which can be found in Ultimate Team packs during for the following seven days.

There is always some incredible cards included, and this week is no exception. Just take a look at who is up for grabs. 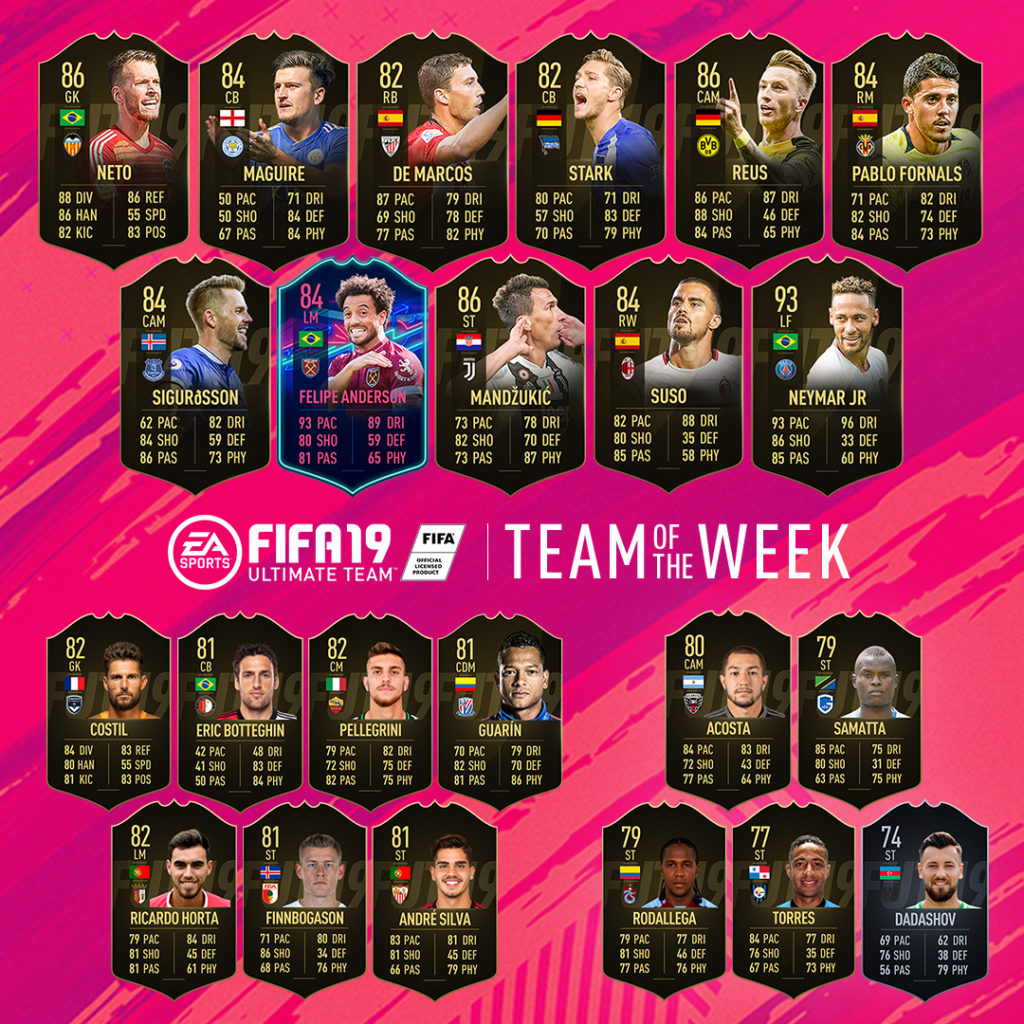 The standout name is obviously Neymar, and his 93-rated card is astounding. You can expect to see it go for an astronomical amount of coins on the transfer market. Neymar is the third best player in this year's game, so any special version of his card will be extremely hard to come by.

Felipe Anderson's card will be very appealing to those with Premier League squads. His pace will obviously be useful, but it is also back up by 89 dribbling, and good passing and shooting stats. Expect to see him in a number of teams you face for the next weeks, especially considering the rarity of in-form cards at this stage of the season.

The Gylfi Sigurðsson card is also very attractive, and you would thing many players will use him in a central midfield role. His pace is not ideal for a CAM, and his stats should allow him to comfortably slot into a deeper position.

Maro Reus is always a hugely popular player on Ultimate Team, and this card will be no different. His all-round stats make him the ideal winger, and will be interesting to see how this card fares in a more central role.