Everything You Need To Know About FIFA 22

It's that time of year again, when the news starts to filter through about the newest addition to the FIFA series. With this year's edition set to be the first fully optimised for PS5 and Xbox Series, there's lots of excitement about the new game, and we have everything you need to know about FIFA 22 right here in one spot.

When is FIFA 22 being released?

What new features can we expect?

The first confirmed new feature is called "Hyper Motion" technology for next-gen consoles. EA say that it will revolutionise the way players move on the field, and they've spent months using motion capture technology during full 11v11 matches to bring us this feature. We can't say we've noticed a huge amount of difference from the first gameplay trailer, but we'll take their word for it.

One leaked feature has us very excited. One eagle-eyed FIFA news account on Twitter spotted a section of a job advert that includes work on an "online career mode".

It's unclear yet whether this feature will be implemented for FIFA 22 and how exactly it would work, but the prospect of playing through a career mode with your mates, managing different teams along the way, certainly sounds enticing to us.

EA's deal with UEFA to feature the Champions League and Europa League may also extend to the newly formed Conference League, so there's a chance we can expect the tournament to appear in the new game.

What consoles will FIFA 22 be on?

FIFA 21 only released on next-gen consoles two months after its initial launch, and there was minimal difference from the PS4 and Xbox One versions to the PS5 and Xbox Series versions. We're expecting that this year's installment will be much better optimised for next-gen, and will make the most of the improvements in power.

Although the game will launch on PC, the version for PC gamers will only be equivalent to the last-gen PlayStation and Xbox games, a decision that hasn't gone down too well.

We imagine we'll see this mostly through things like ray tracing (which improves the way light and reflections are shown on screen), faster frame rates, and even faster loading times once again.

HARTLEPOOL UNITED ARE 𝗕𝗔𝗖𝗞 IN THE FOOTBALL LEAGUE 💙💙💙

As well as that, the new FIFA will of course reflect the real life changes in leagues across the world. Hartlepool United will return to the game after their promotion to League 2. EA have also confirmed the addition of several other clubs, including Boca Juniors, Borussia Dortmund II, Platense and Venezia.

There will also be a great selection of stadiums added to the game. After their promotion to the Premier League, Brentford's Community Stadium will be added, while last season's Champions League final venue - the Estadio do Dragao in Porto - will also arrive on FIFA. One of the most iconic stadiums in football, La Bombonera in Buenos Aires, also returns.

🔵 Manchester City head out to get a feel for the turf in Porto... #UCL | #UCLfinal pic.twitter.com/QHvYYUq8yO

When can we expect more news on FIFA 22?

We've already gotten the reveal trailer - and the news that Kylian Mbappé will be the cover star once again - and we imagine we won't be waiting long for more news.

We expect a release date to be revealed at the EA Play Live event on July 22nd. EA won't be revealing any FIFA news at E3 this year, so it's likely we'll have to wait for their standalone event for any news.

EA Play Live is coming back July 22nd. Save the date! pic.twitter.com/qh9OOGhPTm

In some positive news, though, EA recently announced the schedule for their leadup to EA Play Live and it looks like FIFA might be getting a standalone event. They've announced four "EA Spotlight" events in the days leading up to EA Play Live - and one of them is described as "an extremely cool new addition to an extremely popular and long-running EA SPORTS franchise".

That sounds an awful lot like FIFA 22 to us - that event takes place on Tuesday July 20th at 6pm BST, so keeps your eyes peeled that day for some new info on the game.

We'll be updating this article as and when any new information drops about EA's plans for FIFA 22 - fingers crossed it's not too long before we get some concrete info!

SEE ALSO: The Congolese Bundesliga Winger Who's Grown A Cult Following On FIFA 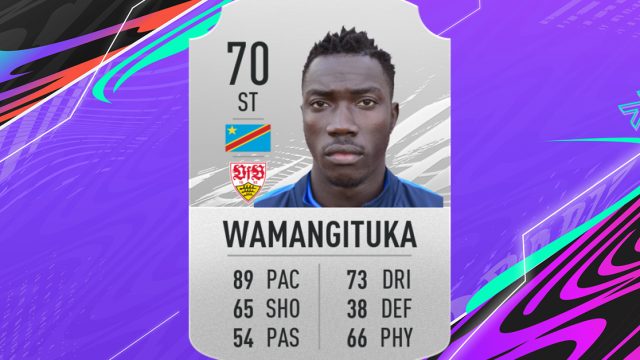