Everything You Need To Know About The F1 2021 Game

F1 2021 is just around the corner, with the game coming to Ireland next week. There's plenty of new features to get excited about, and we have all the info you need about the F1 2021 game.

What new features can we expect?

The big news for this year's game is that it's the first Formula 1 game in over 20 years to be published by EA Sports, after their takeover of Codemasters. Codemasters have developed the F1 games since 2009, and have continued as the chief developers, but EA will be in charge of distribution.

We can already see the EA influence emerging, with the addition of a story mode for this year's game, rather cheesily titled "Braking Point".

The game mode allows you to work your way up to Formula 1 through the junior ranks of F2, facing off against fictional characters like Devon Butler, who returns from F1 2019. Codemasters have revealed the other (fictional) characters that will be featured in the game mode - youngster Aiden Jackson, veteran 'Cas' Akkerman (and his wife Zoe), and team boss Brian Doyle (a very Irish sounding name indeed...)

You can choose one of five teams for the three-season-long game mode - Racing Point (who become Aston Martin in season three), AlphaTauri, Alfa Romeo, Haas, or Williams.

How far will you go before you reach your ‘Braking Point’?#F12021game arrives July 16 | https://t.co/rVFiVSBe6h pic.twitter.com/NkmgQsaK4F

As well as that, we see the return of two-player career mode. This mode previously existed on the PS3 and Xbox 360 games, but it's been seven years since we've had an opportunity to play it. You'll be able to play an online career mode with a friend and, unlike previous editions, you have a choice whether to play as teammates or as rivals.

The "MyTeam" mode was one of the best additions to F1 2020, and Codemasters have added to it for this year. The mode allows you to create your own Formula 1 team and manage the upgrades to your car, as well as driving one of the cars and signing a teammate from the Formula 2 or Formula 1 ranks, depending on your budget.

This year, you'll also be able to choose from seven iconic drivers to be your teammate, including world champions Michael Schumacher, Ayrton Senna, Alain Prost, Jenson Button, and Nico Rosberg.

Who will you choose?

You'll also be able to take part in the game's new "Real Season Start" mode. The game mode will allow you to start a grand prix mid-season, with the championship standings reflecting those in real life.

All the other game modes, such as career mode and split-screen are returning, while there will be a further refinement of the game's assists. The game will also reflect all of the real-world changes, with new teams Aston Martin and Alpine arriving, and all the driver lineup changes included.

There will be three new tracks to race on, to reflect the real-world calendar changes, with the Imola, Portimao and Jeddah circuits landing in the game. We're especially excited to try out the twisty, undulating Portimao circuit.

The damage model on the cars has also been updated for 2021, meaning that if you crash the car you'll see a more true-to-life effect on your car. You can see a few of the changes in the Launch Trailer, with sidepods and rear wings now susceptible to damage.

This year's game is the first Formula 1 game to launch on next-gen consoles, with F1 2021 coming to both PlayStation 5 and Xbox Series. It will also be available on PC, PS4 and Xbox One.

Which circuits are you looking forward to getting out on in #F12021game? pic.twitter.com/x7qBcSmyMB

Has any gameplay been released yet?

Plenty of F1 gaming YouTubers have been given advance access to F1 2021, including real-world McLaren F1 driver Lando Norris. The Englishman posted a video to his gaming channel this week of himself trying out the game for the first time - and the gameplay looks great.

Who are the best drivers in the game?

EA recently released the full list of driver ratings, with each team's two drivers rated on attributes of Experience, Racecraft, Awareness, and Pace. The ratings released are based on this year's races up to and including the French Grand Prix on June 20th.

A post shared by F1 Games from Codemasters (@formula1game)

Where's the best place to buy it?

There's plenty of options for where to buy the F1 game, so we've gone through some of Ireland's biggest game retailers to compare prices. The PS4 version of the game includes a free upgrade to the PS5 game, and the same goes on the Xbox One with the next-gen version.

*The Ultimate Edition of the game, featuring the 7 icons for the MyTeam mode, can be bought for €84.99

We'll be updating this page as and when we get any new information about F1 2021. 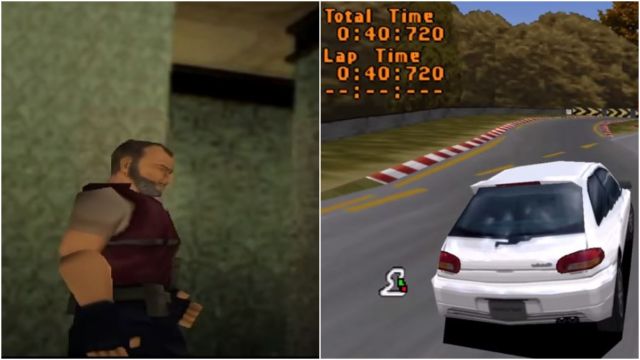