When it comes to career mode, introducing young blood to your squad is essential in the bid for future success. Balls takes a look at five FIFA 17 wonderkids which should be on the top of your scouting shortlist. 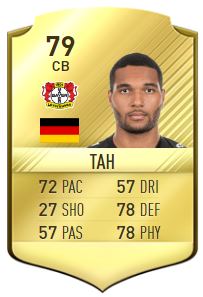 Tah is widely regarded as the future of defending in Germany. At just 20 years of age he has won two caps for his country - in friendlies against England & Italy pre-Euro 2016. Tah has excelled in the Bundesliga following his €7.5 million transfer from Hamburg to Leverkusen last year. If you were to inherit an aging squad of defenders in FIFA 17 then throw all your money at Tah to replace them. 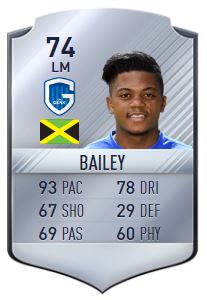 Leon Bailey will undoubtedly go down as one of the most fun players to play with in FIFA 17, in large part due to his phenomenal pace. Due to the fact that he is plying his trade in Belgium, he may be easier to poach to than other players features in this list.  To add the Jupiler League's '2016 Young Player of the Year' to your ranks would be quite the coup. 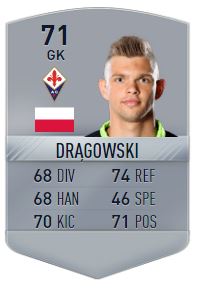 Continuing the long-standing tradition of producing talented goalkeepers, Dragowski is the next one in line on the Polish conveyor belt. Having recently transferred to Italy, it will take a considerable sum at first to take him away from the streets of Florence. With over 60 senior appearances under his belt, he is quite experienced for a 19 year old. He may rank just behind Milan's Gigi Donnarumma but with the right opportunity can really excel at the highest level. 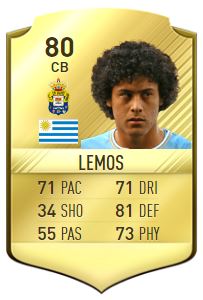 Another centre-back for the collection. With an 80 rating, Mauricio Lemos will be ready to slot in to most sides out there. He has all the desirable attributes of a world class defender, albeit may be quite overrated in reality. But you're not going to complain about that if you have him orchestrating the back four. When it comes to FIFA 17 wonderkids, Lemos may have it all. 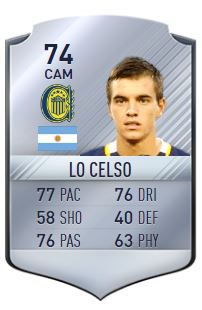 Supporters of Rosario Central have hyped Lo Celso up as the 'best young player in Argentina' but they may have a point in fairness. His stats probably don't do the young attack-mid justice, but with a bit of patience he can potentially reach an 86 rating. At the moment he is back on loan in Argentina following a permanent €9 million euro move to PSG.  Largely due to the fact that few teams can rival the French champions in terms of finances, it could be difficult to buy Lo Celso outright.  However, he would be an ideal addition to a mid-table Premier League club on loan.

Football
3 years ago
By James Carroll
The Incredible FIFA ICONS Squad That Didn't Make The Cut For FIFA 18
Football
3 years ago
By Mikey Traynor
EA Sports Released A New Steven Gerrard FUT Card And His Stats Are Incredulous
Gaming
3 years ago
By Balls Team
Bray Wanderers Player Included In FIFA 17's 'Rest Of World' Team Of The Season
Popular on Balls
GAA
17 hours ago
By PJ Browne
'I Have Pictures Of Stephen Cluxton All Around My House, It’s A Bit Weird!'
Rugby
18 hours ago
By Balls Team
Son Of Offaly Hurling Legend Set For Super Rugby Debut
The Rewind
16 hours ago
By Sean Meehan
Introducing The Vote For Ireland's Greatest Singalong Song
Rugby
14 hours ago
By Eoin Harrington
Rob Kearney Player Mic Gives Great Insight On Western Force Debut