FIFA 18 is here and there is no more exciting time for Ultimate Team players than the start of a new campaign and a chance to get to try the new players.

It may be a while before you're flying through seasons and Weekend League with the likes of Messi and Ronaldo, but that doesn't mean you can't build a fun team to start you off on your journey.

Before you get into what players you want in your team, you're going to need as many Ultimate Team coins as you can to fund your spending spree, the Bundesliga squad below will run you about as of time of writing, with the game available via EA Access, prices will rise at release but hopefullt most of these players will still fly under the radar.

So, if you're not buying packs for players to sell on the market, there are a few things you must do to increase your budget. Feel free to skip this part if you're an experienced player who is just here for the bargains.

-Click the right stick and go to the EA Catalogue, use the virtual currency they give you for playing the game to buy the highest level FUT Coin Reward Boost you have unlocked. If you have played enough of the previous FIFAs to unlock the 1000x15 bonus, you'll get 1000 coins for every match you play for the next 15 games, then you can buy another, it's free money.

-Sign loan players to give you a hand in the early games to make more coins, playing against the CPU in seasons with the default starter squad is a good way to bring in coins if you don't want to go online yet.

-Log in to the Web App to collect a daily reward, usually a small pack or a few coins, but every little helps.

Now onto the players.

In the early divisions in Seasons it's all about having players that won't let you down. You want well-rounded stats so that you can compete against guys who have spent money on their team or are expert traders, but at the same time you can't afford the top of the range stars.

These following are a mixture of players who can either do a job until you can afford an upgrade, or are good enough to stay in your team for the next few months. 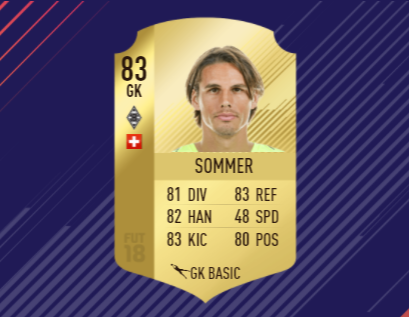 There are a number of Bundesliga goalkeepers in the tier just below Leverkusen's Leno who is quite a jump in price, and of them Yann Sommer is the cheapest at close to discard value. He is reliable and has great kicking, can stay in the team until you can afford a big upgrade. 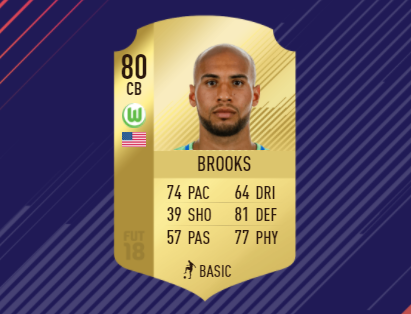 Great pace, great physical, 6 ft 4, and solid dribbling, Brooks is a really good stopgap while you save up for someone like Toprak who may continue to rise in price. 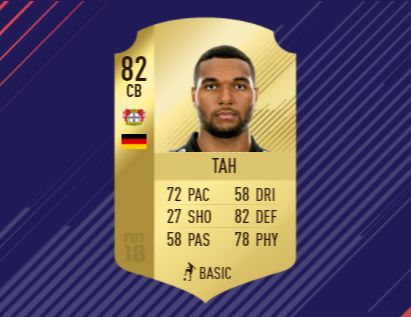 In FIFA 17 Tah was a beast despite being just 77 rated, but after a big overall stat boost he is even better and is dominant thanks to his size combined with the pace and physical stats he boasts. Someone who can stay in your team for a good while. 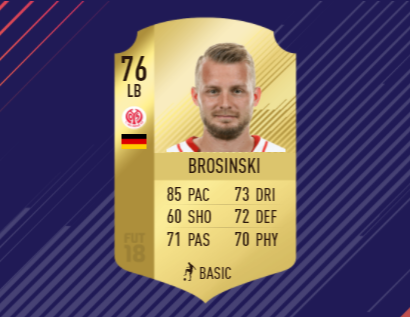 Another player you won't find yourself wanting to change early on is Brosinski, who aside from having 'bro' in his name is also pacey enough to keep up with even the fastest wingers and has great all-around stats so he can join in with the play as well. 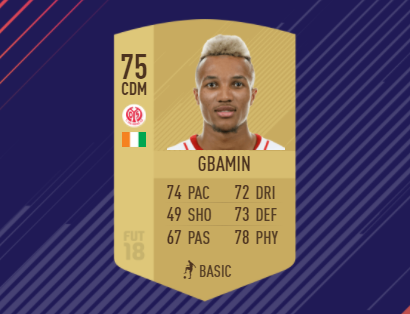 The only non-rare on this list, for the 350 coins that he will cost you, Gbamin is an absolute beast in the middle of the park. His high defensive workrate has him buzzing around the pitch, always breaking up play, and he has the stamina and motor to keep going. Don't be surprised if he pops up with a few goals, he's worth a shot. 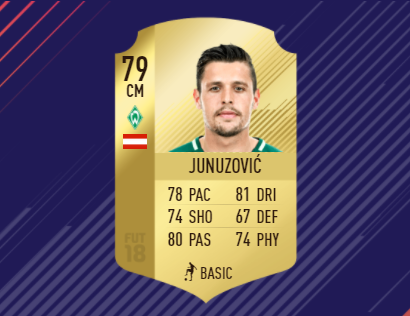 Werder's Austrian midfielder is a complete beast this year, and is the most recommended player on this list. Such a well rounded card, he's quick, with great passing and dribbling, and his high/high workrates mean he is always in a position to get you a goal. A must buy. 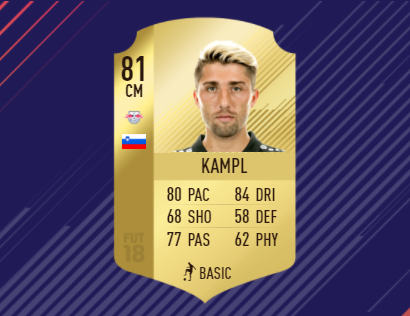 Another really enjoyable attacking midfielder is Kevin Kampl, who plays a bit like Marek Hamsik only less prolific, and is another midfield player who regularly pops up on the scoresheet. 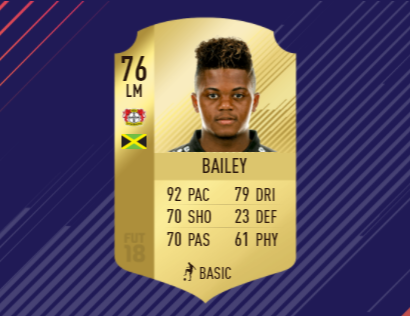 Pace. And lots of it. With the new crossing mechanics there are a lot of players choosing to get down the wings and whip one in, and if you need a speedster on the outside then young Jamaican Leon Bailey fits the bill. Has a surprisingly good low-driven shot as well if you want to convert him to LW. 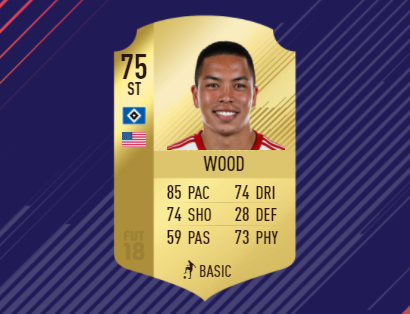 With such a lack of quality gold Bundesliga strikers, Bobby Wood is someone a lot of players will try for his 85 pace along, but he has the potential to surprise you with his all around play. Really good in a two-up-top formation, Wood is good value for his price and can do you a job until you can afford Timo Werner.